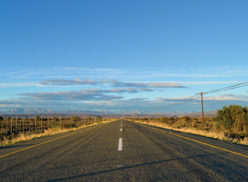 South Africa is internationally renowned for its excellent brandy. Despite a recent slump in sales, producers are fighting back and changing the image of brandy locally and abroad.

The South African brandy story, as one might have surmised by now, does not have a recent beginning. The oldest brandy cellar in the country – Oude Molen which moved from Stellenbosch to its current location in Grabouw – has been in existence since 1910 and our very first brandy was distilled on board an anchored Dutch ship, Die Pijl to be exact, in Table Bay harbour in 1672. Only 126 litres of brandy was made, but this small beginning paved the way for an industry that is the world’s seventh largest producer of brandy by volume and currently exports 6 million litres of brandy per year.
While the local brandy sector has been under severe pressure over the last couple of years, there is a glimmer of hope. Last year saw the introduction of a differential excise tariff for potstill and vintage brandy. This excise rate, which is being phased in over two years, will be at a 10% differential to the spirits excise tariff. The estimated brandy and Cognac volume increased by 4.7% (30 069 844 litres in 2016 to an estimated 31 482 767 litres in 2017) and in value by 11.9% (R5 304 135 123 in 2016 to an estimated R5 936 691 220 in 2017).

Numerous awards – including Worldwide Best Brandy title at the International Wine & Spirit Competition (South African producers have won this award for six consecutive years) – adorn the walls of several local brandy houses, belying the fact that the brandy sector has been struggling of late. Distell, KWV and Oude Molen are perennial top performers at international competitions and have contributed to brandy from South Africa being awarded the Best Worldwide Brandy title no fewer than 15 times.

The recent government crackdown on illegal brandy production by unscrupulous producers is an example of the tight control in practice, Oude Molen brandy master Kobus Gelderblom says. “These brandies are cheaper to produce and did a lot of damage to the image of our brandies. Whisky, which is being more and more aggressively marketed, finally surpassed brandy sales by volume and value about three years ago.”

Tradition also plays an important role. “During the ostrich boom of 1865 many European travellers were lured to South Africa by the promise of great wealth,” Dys Grundling of Grundheim Distillery says. “Those with distilling knowledge brought a wealth of information to our shores. Innovation was a big thing back then and still is. New barrels are expensive, so I use old red wine barrels to age brandy. I first age port in them for at least two years and then have them reconditioned – the insides are shaved and retoasted – before using them for aging brandy. Another trick I use to bring costs down is to use alien trees for firewood.” Dys heats his potstill over an open flame and also uses liquorice root that grows wild on the farm for gin production.

Innovation extends to marketing and this is where brandy houses are starting to hit the sweet spot. Klipdrift brand home manager Corlia Dys says that everyone who visits their tasting room is a potential brand ambassador. “We focus on educating visitors which changes and ultimately raises the profile of brandy locally. South African consumers are open to change so we offer our customers a variety of options – something their palate is not used to, such as our mini brandy cocktail tasting.”

Wallies Uys, Distell brandy distilleries general manager, says that South African brandy is as good as any Cognac due to the strict legislation in both South Africa and the Cognac region. But note that there are a few distinct differences between Cognac and our potstilled brandies and these differences make our brandy one of a kind in quality and taste and set them apart from the rest. “Producers of Cognac are limited to using grapes from the Cognac region in France, while local producers can source grapes from the best pockets in the country. And unlike in South Africa Cognac only has to be aged for a minimum of two years. Most of South African brandy is distilled from high quality Colombar and Chenin Blanc grapes known for their high acidity and fruity flavours making them the ideal base for our brandies, where Cognac is distilled from Ugni Blanc. In terms of technology the production process has not changed much, but process controls in terms of distillation and cooling have improved dramatically. High emphasis is placed on quality throughout our processes, from the base product up to the final blended brandy.

Crafting the road towards brandy

“A lot has happened since Oude Molen Distillery became a shareholder in Southern Cape Vineyards, with their distilleries in Barrydale and Ladismith, during 2013,” says Jandré Human of SCV. “The craft movement has done a lot for business and is helping with brandy sales. At our cellar we sell wine, brandy and craft beer. All of this raises the profile of brandy and brings more feet to our tasting room. And then there is also the marketing value that the Cape Brandy concept has brought. The word ‘Cape’
is hugely recognised globally – I mean, just say that magical word and you see the lights going on.”

Boplaas winemaker and the legendary Boets Nel’s daughter Margaux Nel says that while the craft movement did a lot for the brandy and wine industries in general more work needs to be done to change the profile of brandy. “Somehow consumers think that other spirits are healthier than brandy. This is not true. There’s also a perception with some that brandy is made in big cooking pots. This certainly does not help raise the profile of brandy and use of the word ‘potstill’ might have to be revisited.”

Ruan Hunlun, distiller at Kingna Distillery in Montagu, agrees that some misguided perceptions about brandy are hampering sales. “There’s a perception that whisky is more sophisticated than brandy for instance. People need to be educated about not only brandy’s diversity, but also the care, effort and skill that go into making a fine potstilled product. And the only way to achieve this is to do the footwork and have a presence at shows and tastings. Consumers like the personal touch and this means they like seeing the distiller in front of them.”

The notion that brandy can only be enjoyed with water, ice or a few mixers is a thing of the past. Cape Brandy and Route 62 (also known as the artisanal brandy route) are doing a great job of educating the many brand ambassadors out there and slowly changing the image of brandy in South Africa.

Cape Brandy, a name that describes our premium potstill brandies, was initiated by Kobus and Cape Wine Academy founder Dave Hughes in response to the desire to put focus on our premium brandy segment and to increase brand awareness. It represents the finest sipping potstill brandies, distilled from wine using grapes grown exclusively in the Cape wine regions of South Africa. Kobus says, “The Cape Brandy Distillers Guild, which currently consists of 12 members, offers its members many benefits in terms of marketing and logistics. Together we’re educating consumers about brandy’s diversity and sophistication and raising its image. The thing is, brandy is a much more versatile drink and can be enjoyed in so much more ways when compared to whisky.”