Global and local wine commentators are unanimous in their enthusiasm for the high quality of wines South African winemakers have achieved in the past few years. Nowhere was this unstinting fervour more adequately captured than this weekend’s Cape Fine & Rare Wine Auction, formerly known as the Nederburg Auction. At the end of play on Saturday 19 October 2019, collective hammer prices were captured totalling R 2 623 000. 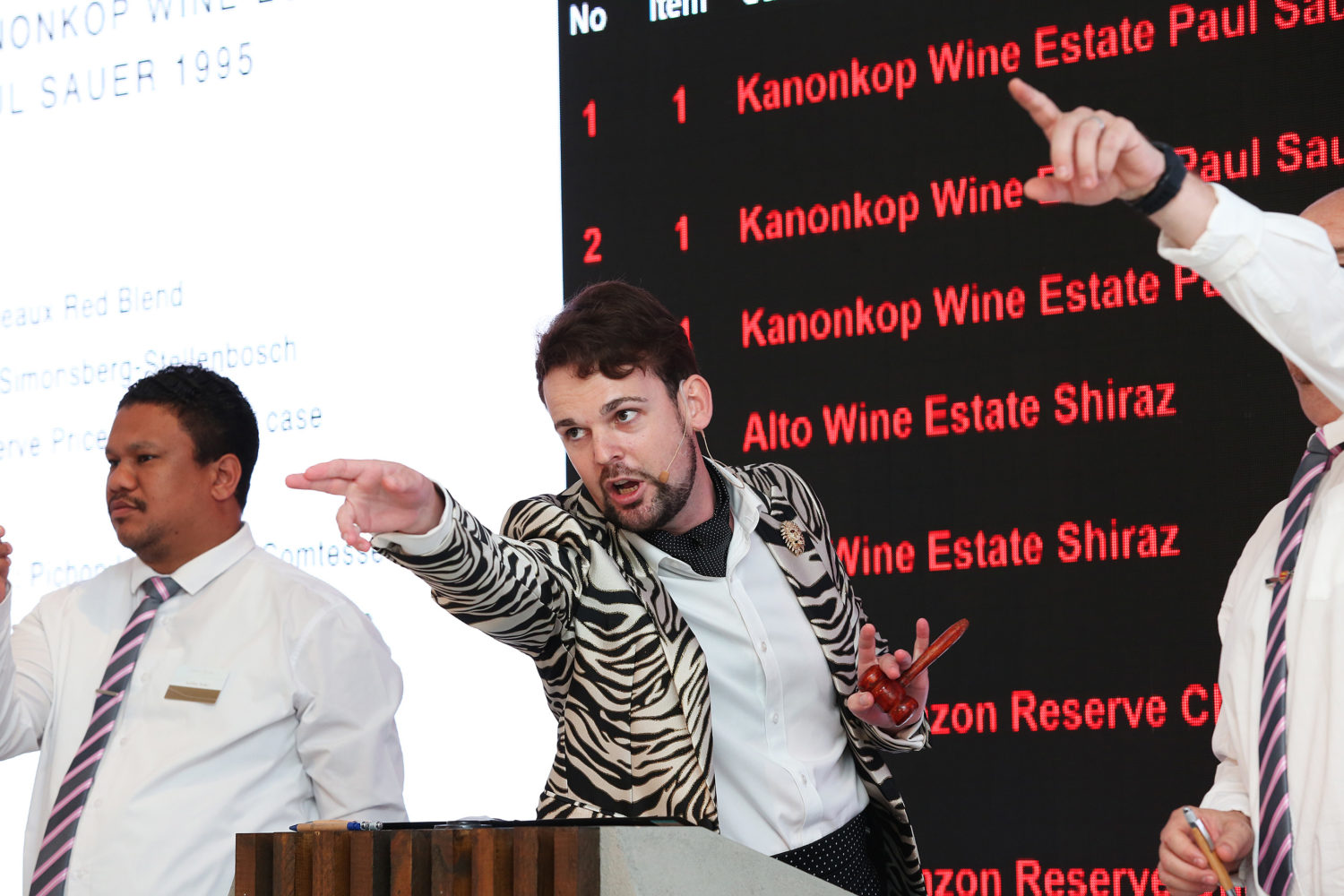 The new-format auction aims to create an industry-led platform showcasing the finest and rarest South African wines to wine enthusiasts, investors and collectors worldwide. The auction was held in association with acclaimed auction house, Christie’s. This year, the enigmatic Charlie Foley brought down the gavel on 124 of SA’s finest wines during an impressive showcase of spirited bidding.

With a reputation comparable to that of the famous Hospices de Beaune auction in France and Kloster Eberbach in Germany, the Cape Fine & Rare Wine Auction further embedded its status as South Africa’s leading wine auction with impressive numbers to match. On Saturday afternoon, the unaudited results showed that just under 3 000 litres of wine was sold, with an all-time auction high rand per bottle of R660 on average for 750ml – a 12% increase on last year’s R590. The average price per bottle of white wine was R471 for a 750 ml bottle. Illustrating the growing popularity of Chenin Blanc, the biggest white wine performers were David & Nadia Hoë-Steen Chenin Blanc 2015, De Morgenzon The Divas Chenin Blanc 2013 and Alheit Vineyards Magnetic North Mountain Makstok 2015 which all received the highest bid at R1 000 per bottle. For red wines, Vilafonté Series C 2005 in 5ℓ Jeroboam landed the gavel at an impressive R22 000 – which equates to R3 303 for a 750ml bottle. The average price per bottle for red wines was R733.

Other popular lots on the day were

Reflecting the collectable value of unbroken verticals, this year’s auction included a rare double vertical of The Sadie Family Wines Columella 2001-2012 (750mls) and 2005-2016 (1.5ℓ). This fine collection sparked competitive bidding, finally collecting a hammer price of R75 000, sold to Conservation Company, Singita, one of the biggest buyers at this year’s auction collecting 10.8% of total sales.

Other top buyers were Tsogo Sun (20.1%), Big Five Duty Free (7.4%) and the Spar Group (2.8%). This shows an exciting range of buyers from important retailers, luxury hospitality buyers and private individuals who are increasingly seeing the advantages of investing in rare South African wines. Interestingly, 95% of all sales by value went to South African buyers.

This year’s catalogue was curated by wine critic Michael Fridjhon, Singita wine buyer and wine judge François Rautenbach, and Cathy van Zyl, MW. Rautenbach, who is also a regular buyer at the auction, commented on the new format: “Overall the entire auction is more tightly focused, more business orientated and considerate of the buyers. Importantly, it represents the product on a better platform than ever before. The venue raised the game and changed the conversation, the superb auctioneer was really focused and fun but extremely professional. Overall, considering the state of the economy, the auction achieved brilliant results.” 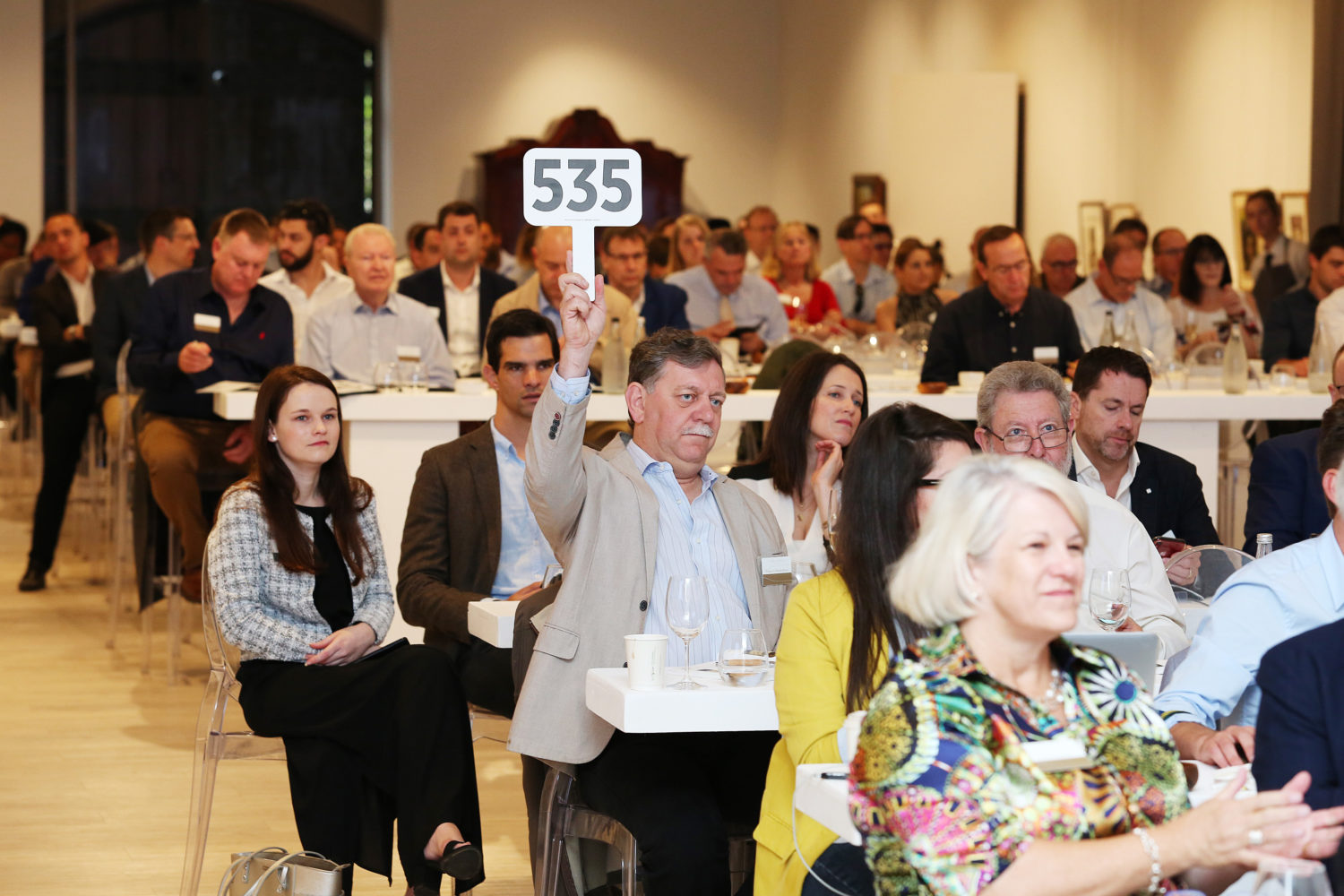 Francois Rautenbach, for Singita, was one of the biggest buyers on the day.

The Cape Fine & Rare Wine Auction is valued as a destination auction and Stellenbosch was a fitting host to its bidders this year. Over the course of two days, the auction treated its buyers to an elegant affair at the Rupert Museum, an exclusive exhibition space for acclaimed African contemporary artists. On Friday 18 October, producers showcased their various vinous treasures to potential auction buyers – familiarity is key. Saturday’s proceedings commenced early with Kanonkop Paul Sauer 1995 setting the tone as the opening lot.

Since its inception in 1975, the auction has supported philanthropic initiatives in the Cape winelands through its network of bidders and patrons. It was heart-warming to once again experience the generosity of buyers who managed to raise more than R223 000 for this year’s beneficiary, sp(i)eel.  sp(i)eel’s recent projects include arts therapy sessions to children in schools who may struggle with social, emotional and behavioural difficulties.

Under the knowledgeable guidance and sharp wit of Michael Fridjhon, buyers were treated to truly exceptional international and local lots.

Marlize Swanepoel, managing director of sp(i)eel was delighted at the result: “We call ourselves a collective because we believe that the healing and change we seek for those communities impacted by trauma can only happen in partnerships. Our partnership with the Cape Fine & Rare Wine Auction strengthens the safety net we aim to create for children and their families in the Cape winelands. It brings us closer to our ultimate goal of resilient communities that can enable its children to thrive.” 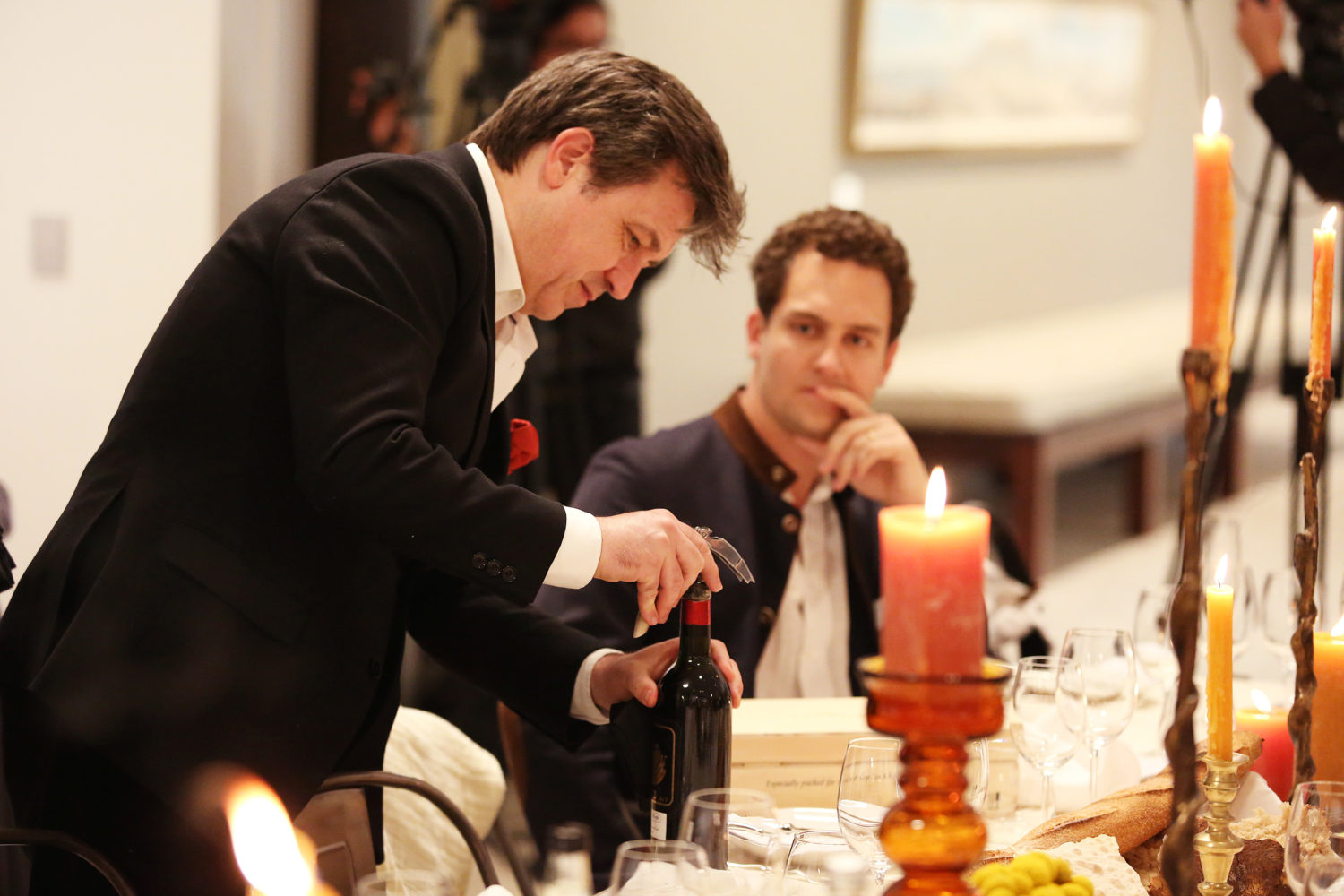 Kay Nash, CEO of Libertas Vineyards and Estates, thanked bidders and donors for contributing to the auction in such a phenomenal way. “Through our partnership with Christie’s, and with the constant feedback from international wine writers and critics, we are aware of the incredibly favourable global reputation of South African wines. With a collective drive from its winemakers to present the world with high quality wines, South Africa has triggered the imagination of wine collectors who appreciate the extreme value proposition of its wines. We are incredibly proud to be able to offer a platform where collectors can actively capitalise on this prestige by securing investments for their cellars.”

Foley, only the fifth auctioneer to take up the gavel since the inception of the auction in 1975, adequately captured this global passion for South African wines: “It was an amazing experience. There was so much energy in the room. The wines from South Africa are beautiful. I came here expecting the Cabernet Sauvignons to be beautiful, which they were, but the Shiraz and Chenin Blanc shocked me with their quality. You can tell that South African winemakers have a real passion for their product. Today was a piece of theatre, the wines were the actors – and the buyers got them!”