Industry barometer: How producers really feel about the state of the grape wine industry

How do producers feel about the current state of the industry? Anton Pretorius spoke to leading grape producers to gauge their sentiment. 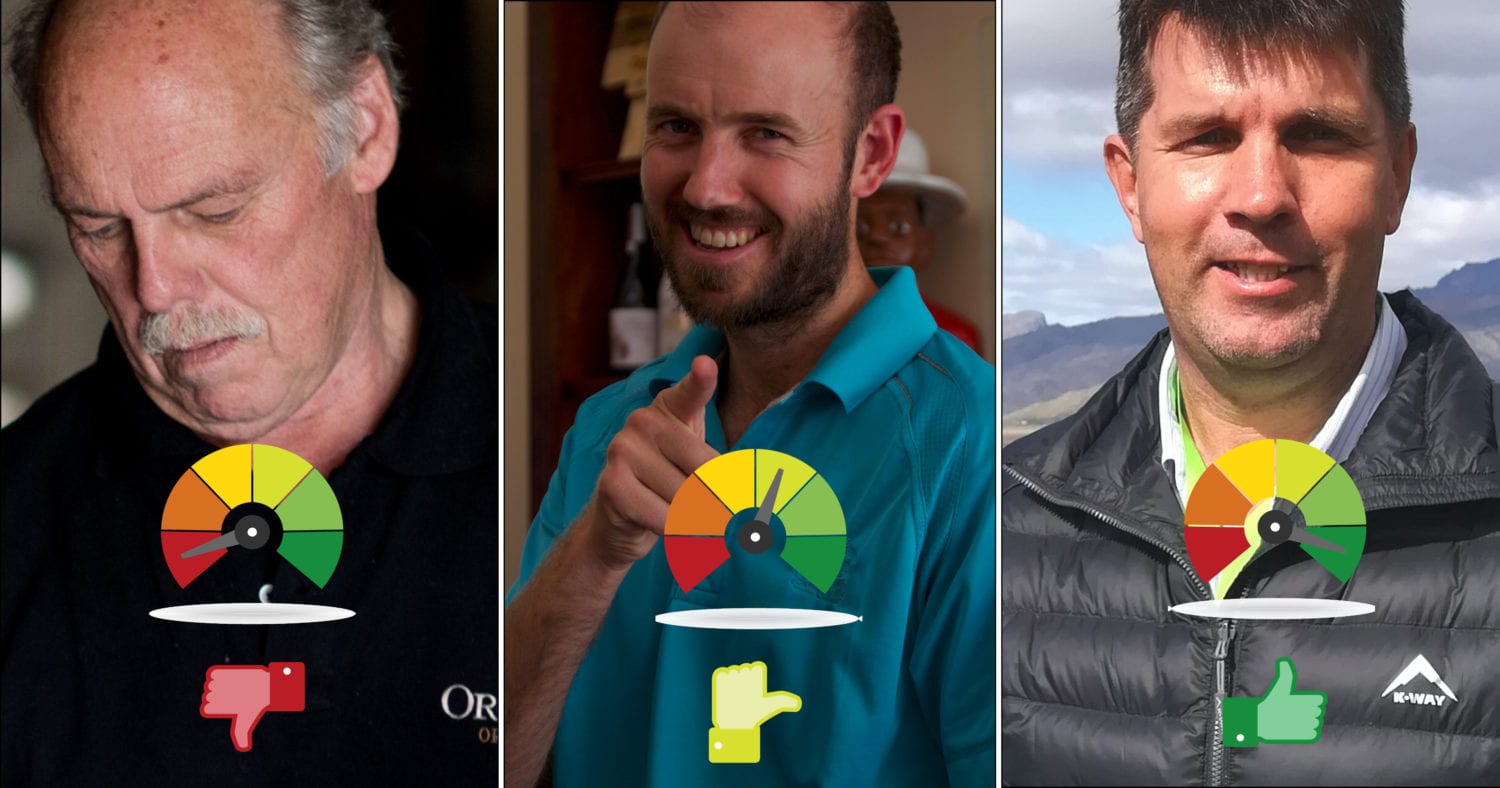 There’s an old adage that says: ‘It’s always darkest before the dawn’. Having weathered most of the storm, including a severe drought, changing climate patterns, financial pressures and political talking points like land expropriation without compensation, the South African wine industry seems to have entered a new phase of repositioning, consolidation and reinvestment.

At its annual Vinpro Information Day early this year, Vinpro reported the majority of grape wine producers remain under severe financial pressure, with more than a third of producers making a loss. While some remain despondent, others are more confident about the future of the industry.

“Our wine industry has gone through a tough time during the past decade,” says Rico Basson, MD of Vinpro. “Although many of our producers and wineries are still under tremendous financial pressure, I believe as a collective, the industry is turning a new corner with renewed energy and focus.”

WineLand conducted a series of surveys aimed at measuring grape producers’ sentiment on the current state of the industry. This barometer survey consists of interviews with leading grape producers from across South Africa’s various regions. The responses were mixed, with issues like expropriation without compensation, the lack of government support, drought and infrastructure constraints still on top of mind. Some farmers also increasingly believe their farmland to be less valuable.

Niël Joubert of the farm Warmwater near Montagu and Vinpro’s director for the Klein Karoo region, says the wine industry is lifting its head. “It’s important to ensure there’s a balance between the various operating branches in the industry. So yes, I am positive about the current state of affairs.”

Frank Meaker, cellar master at Org de Rac in the Swartland, is less optimistic. “The current situation in the wine industry leaves much to be desired in terms of the underperforming long-term inflation pay-out curve. “Cellars are creating capacity for rising input costs, but they aren’t being utilised due to the rising costs of overheads and the replacement cost of new vineyards.”

Frank wonders where the break-even point for wine farmers is. “Our industry makes some of the best wines in the world, but doesn’t get the necessary credit. Nearly 80% of our market is sold for under R40 per litre. The bigger players import subsidised wine into the country, making it viable for them at the expense of local wines.”

He also adds that everything has become more expensive, while “the excise on wine quietly carries on increasing or staying the same.”

For Niël, the biggest challenge in his district is to curb and reverse the damage of the devastating drought the Klein Karoo is experiencing.

Attie Louw, winemaker at Opstal Estate and Restaurant in the Breedekloof wine valley, says he’s “carefully optimistic” about the current state of the South African wine industry. For him, international identity remains a serious issue. “I’m worried that we’re still sailing against the wind outside our country’s borders. We’re too dependent on the local market and the gaps South African producers try to fill in the global market.

“Grape producers and wineries must manipulate the playing field in such a way that the international market cannot refuse us,” Attie says. “Australia and New Zealand has had success in this regard, and there are many lessons we can learn from them.”

What keep these producers up at night? For Frank, it’s many things, but the industry’s viability over the long term and the repercussions the lack of security might have on the livelihood of many Western Cape residents remains a concern.

For Niël, it’s about whether he and his fellow grape producers will receive enough rain in the 2019 season to make their farms flourish again, and rise from the dust. “My faith in God helps me sleep better at night. He will provide relief, perhaps not exactly what we have in mind, but relief nonetheless.” 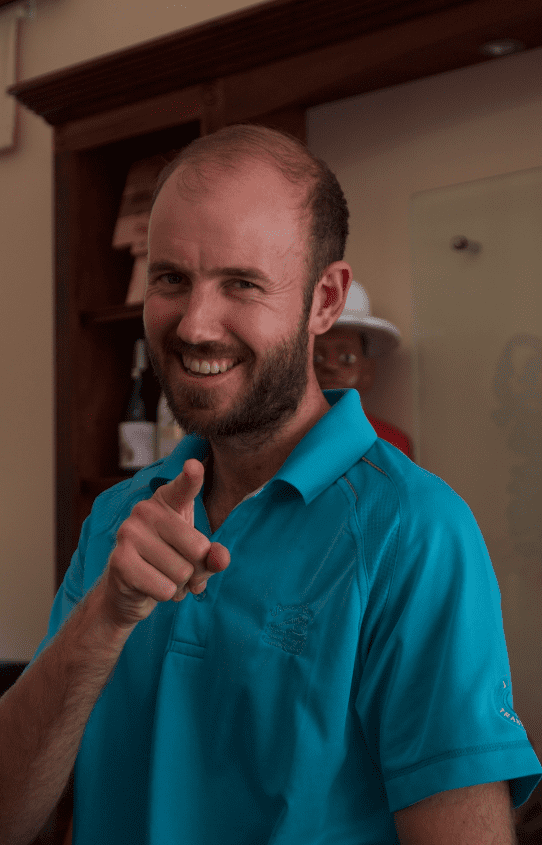 How confident are these producers in the value of their farmlands? Niël says there’s an underlying difference between what he feels and the reality out there. “Statements regarding land expropriation without compensation don’t bode well for anyone, nor do a number of other statements. However, farms sometimes change hands at higher than expected prices, and from that we can deduce agriculture still holds enough resilience to cope with everything going on. If you really want to test the value of your land, put your farm in the market. It will soon help you realise whether you live in a dream world or not.”

Frank concurs. “If there’s stability around the philosophy of land expropriation without compensation and what your unit can produce, then maybe there’s hope for the value of our farmlands. Water, however, is still a touchy subject.”

When it comes to the value of his farming land, Attie remains confident. “We continue to invest in our business and our lands,” he says. “The clever people reckon that we’re in a decline as a country, but I’m naïve enough to believe we’re making headway. The goals we’ve set ourselves are attainable and, in the South African context, will have a positive influence on our financial position.”

But is Attie confident the Department of Agriculture will collaborate with industry bodies like Vinpro to effectively lead and manage the wine industry? “Manage? Yes! But there’s a shortage of support and it’s hampering our competitiveness internationally,” he says. “We’re still trying to keep the wine industry relevant in the local agricultural climate, and we continue to improve our historically disadvantageous perception that there isn’t enough focus and funding available on an international level.” 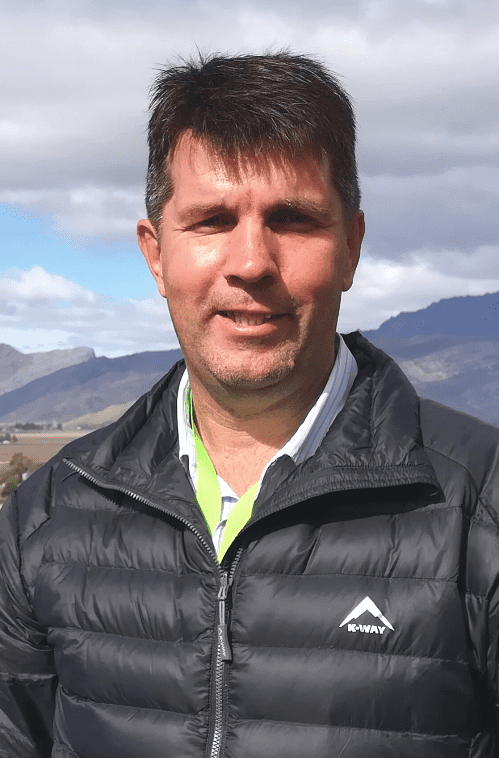 Niël Joubert of the farm Warmwater near Montagu.

Frank believes government should take more responsibility. “Neither Government nor the Department of Trade and Industry has made any valuable contribution to the South African wine industry. There is massive potential markets where import tax could be implemented. Look at what Australia is doing with Chinese imports.

“The result is people are losing their jobs and the wine industry is stagnating. With more honest negotiations, we could have made it work already. If we can change that, everyone will benefit.”

It’s not all gloom and doom, according to Niël. “The people and the innovation exhibited in the industry gets me excited about South African wine. Being able to produce great wines and seeing how winemakers transform it into art is always a positive thing.”

Frank believes emerging winemakers who produce great wine and tell a good story is where South African wines’s real value lies. “If we can survive our water and land issues, a bright future lies ahead for the industry.”

And for Attie it’s all about people with new ideas and plans, and estates and wine farms with strong values and foundations going from strength to strength.