Into the unknown: The commercial viability of lesser-known varieties in SA

Driven by climate change, grape producers in South Africa are boldly going where others fear to tread with the planting of lesser-known, unusual wine varietals. How do producers ensure these cultivars enjoy the same commercial status as their popular French counterparts? 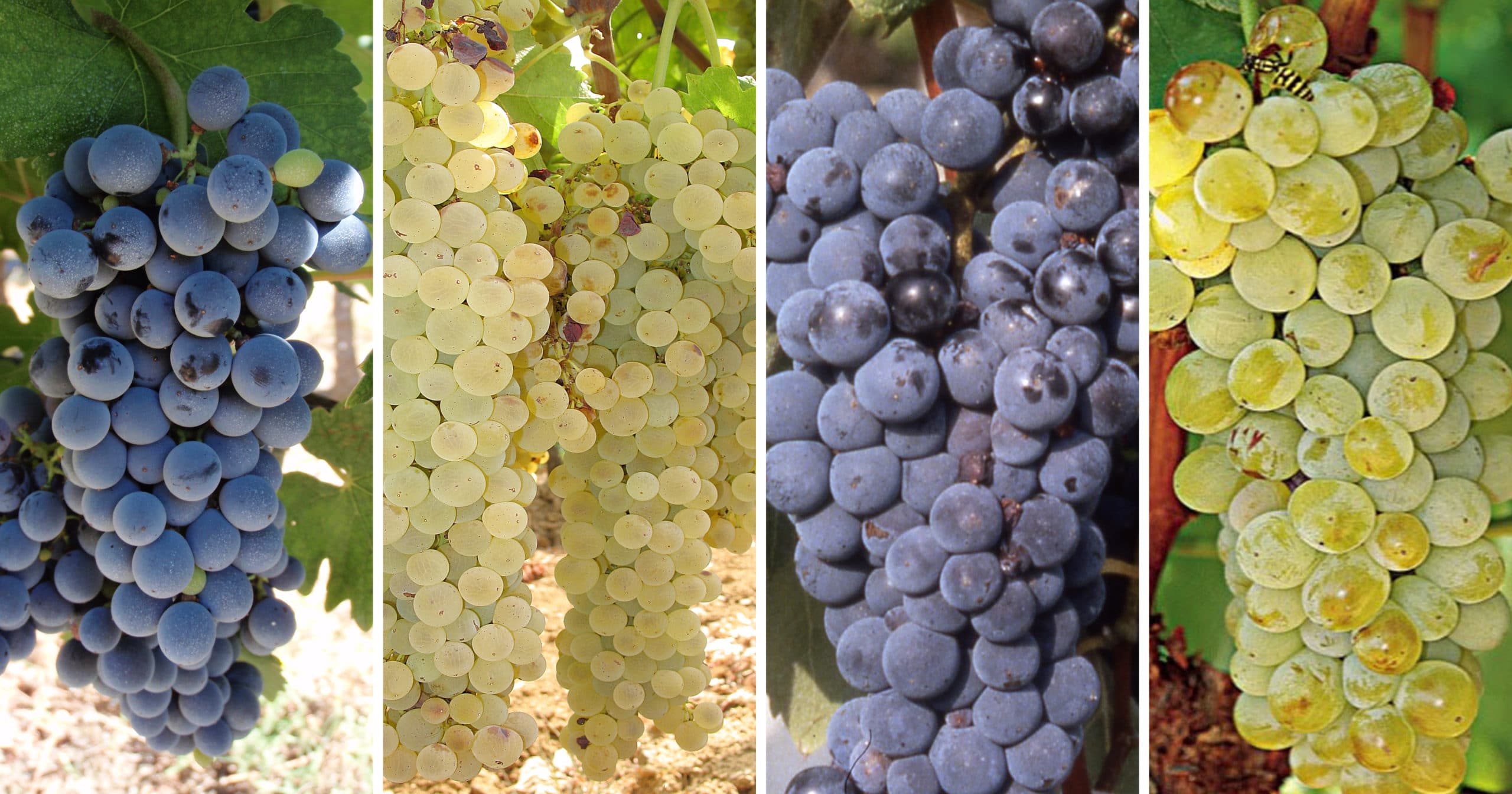 This is according to biologist Elizabeth Wolkovich from Harvest University who compiled a study in 2018 called From Pinot to Xinomavro in the world’s future wine-growing regions, which was published in Nature Climate Change.

Elizabeth believes the predicted impact of climate change on crops – including yield declines– could be mitigated by exploiting existing diversity within crops. “Wine grapes possess tremendous diversity in traits that affect responses to climate, such as phenology and drought tolerance. Yet, little of the diversity is exploited. Instead many countries plant 70-90% of total hectares with the same 12 varieties, representing 1% of total diversity.”

Perhaps understandably for an industry steeped in tradition, there is resistance to rethinking cherished ideas. “A significant stumbling block in convincing wine producers to try different grape varieties is the cherished concept of terroir,” says Elizabeth.

It’s not always the wine industry that needs convincing. In countries like Australia, producers have the freedom to import new varieties. “But they’re not doing it because the consumer hasn’t heard of it. We’ve been taught to recognise the varieties we think we like.”

The same is true to an extent here in South Africa. In the past, local wine drinkers were less adventurous and less inclined to drink ‘strange’ or unknown cultivars. If they couldn’t pronounce the name of the cultivar on the label, chances are, it won’t pass their lips.

For climate or cash?

In South Africa, classic French varieties dominate the wine scene. SAWIS figures for 2019 show that the top eight cultivars account for 82.5% of the total 93 020 ha of vineyards planted. The eight include Chenin Blanc, Colombard, Cabernet Sauvignon, Shiraz, Sauvignon Blanc, Pinotage, Chardonnay and Merlot. Of the eight, seven are classic French varieties; the other is Pinotage.

But as climate change sets in and the earth gradually gets warmer, how long before some of these major varieties (those that prefer cooler climates) cease performing as well as they do now?

Viticulture experts agree that varieties like Sauvignon Blanc and Pinot Noir are already close to their climatic limit under the harsh South African sun. With our conditions possibly becoming too hot and harsh for several grape varieties, including the more frequent occurrence of droughts, producers are forced to look towards other, more drought-resistant Mediterranean varieties that better suit our conditions.

But Jenna Bruwer, marketing manager at Springfield Estate, says the appeal for lesser-known cultivars is more about capturing a market trend for something different, and the narrative of these varieties being ‘water savvy’ is just an added benefit. “Albariño, for instance, is not necessarily a drought-resistant cultivar,” she says. “If they really want to plant cultivars that require less water, producers should look towards existing varieties such as Cabernet Sauvignon and especially Cabernet Franc.”

“Many drought-resistant grape varieties, which are commercially successful, are already out there!”

Swapping out grapes for more drought and heat tolerant varieties can offer a way forward for winemakers.

With one eye on the future, it’s important for producers to broaden the varietal spectrum in South Africa, even more so now with the accruing information on climate change. Several producers are exploring new, lesser-known varieties with a view to being ‘future fit.’

Vititec, a trusted producer of high quality clonal plant material, has identified five emerging grape varieties with the potential to flourish in South Africa’s climatic conditions and soil types. These lesser-known grape varieties include Albariño (from Spain), Marselan and Arinarnoa (from France), Vermentino (from Italy) and Assyrtiko (from Santorini, Greece).

“These grape varieties might never take the place of Chenin Blanc and Sauvignon Blanc,” says Charles Visser, viticulturist at Vititec. While the production of these new grape varieties will remain relatively small in the foreseeable future, “there’s definitely value for the consumer looking for something new and interesting,” Charles says.

He believes these lesser-known cultivars will gain traction and recognition, and eventually become successful once high-profile cellars and wineries start actively planting and promoting them. For example, Jordan Wines’ recent undertaking to plant the Greek varietal Assyrtiko on its Stellenboschkloof farm.

Gary Jordan of Jordan Wines says that while the likes of Assyrtiko and Vermentino will never be grown in huge quantities, they will fill the gap for those consumers willing to experiment and try new flavours.

In terms of plantings, the latest SAWIS figures show that these lesser-known grape varieties are on the rise in South Africa. Of the white wine varieties, 23.35 ha of Albariño; 7.43 ha of Vermentino; 78.71 ha of Verdelho; 81.66 ha of Rousanne and 22.14 ha of Marsanne have already been planted across the Cape Winelands.

Bosman Family Vineyards is another producer who have had success with a notable red variety from Sicily called Nero d’Avola. “It’s a niche product rolled out with a very specific marketing strategy,” says winemaker Corlea Fourie. She says Bosman’s decision to plant Nero is justified with good yield and popularity among consumers.

“Nero plays in a space where we’re able to bottle the product while simultaneously emphasising a new approach to marketing. It’s a sensitive subject for our changing environment as well as our changing and developing consumer base.”

The arrow points to the top of the hill at Jordan Wine Estate where Gary has started planting Assyrtiko.

Gary uses the Kouloura basket system (also used in Santorini) to protect the dryland Assyrtiko vines from the effects of the South Easterly winds in Stellenbosch.

Good growth on the Assyrtiko at Jordan Wine Estate on a site with strong winds and no irrigation.

Besides broadening their varietal spectrum, producers must also consider the viability. Is there a commercial demand for these wines?

In tough times, farmers want to plant cultivars that will ensure good yield and money in the bank. But how does one motivate the planting of these lesser-known grape varieties? “Diversification, for one,” says Gary. “Farmers want to plant varieties that can cope with warmer, drier conditions.”

He says just as with the rest of the world, wine drinkers in South Africa are becoming a lot more knowledgeable and adventurous. “They’re looking to try new styles, particularly wines with savoury characteristics.”

Neil Tabraham, from Wine Geeks Wine School and Sommeliers Academy, says fifty years ago, few people had ever heard of Sauvignon Blanc, and it only become mainstream during the early 90s when New Zealand made it popular. “Just like Sauvignon Blanc is popular today, so too will these new varieties gain popularity over time.”

“The market is forever changing and adapting to new regions and varieties. Growers can be market leaders and capitalise on the initial high value and revenue, or they can be followers and wait for an evolved market before changing and risk low prices.”

Bosman Adama has planted over 50 different cultivars and 180 different clones at their Breëland clonal garden in Slanghoek. Jannie Bosman, manager of Bosman Adama, proposes a new business model to manage exclusive and lesser-known wine varieties in South Africa: a ‘Growers’ Club’ where producers receive royalties for the lesser-known cultivars they plant and also get technical and marketing support from the experts at Bosman Adama. “This could be a possible solution to ensure the viability for grape producers who plant these lesser-known cultivars.”

Jenna says when it comes to making the difficult decision on whether to plant these new cultivars, it’s for every producer to decide for themselves. “We were convinced of the possible success of Albariño, and making this ‘alternative’ cultivar commercially available.” Springfield decided to plant 15 ha of Albariño in total.

“If a producer has to decide between replacing a block of virus-infected vines or planting a new weird and wonderful grape, I would still motivate for the Cabernet varietal.”

Sinethemba Mdubane, a trained sommelier currently working at Tourism World Academy, says tasting rooms and wine shops should offer more tutored tastings of these rare varieties. “The more you do this, the better people will know what they’re drinking.”

Francois Viljoen, assistant production manager at Le Grand Chasseur in Robertson agrees. “Educating the consumer as to the reasons why they should be drinking these varieties would be the driving factor.”

Antoine Roberts, CEO of Le-Coquin Foods, says it’s all about taking the risk. “If the producer believes this can work, then why not? The odds are already in the favour of these varieties due to the frequency of droughts.”

“History has taught us that consumers are a stubborn bunch,” says Francois. He refers to the success of Springfield Estate’s Albariño – not only in taste, but with marketing and branding on the bottle too. “Change will come with consumer habits.”

Jenna believes commercial viability comes down to marketing. For a farm that produces 70% Sauvignon Blanc, Albariño was a good fit. “We found that while the general public still drinks predominantly Sauvignon Blanc, wine fundis and experienced drinkers tend to move away from the usual to drink something that’s different or more grown up.”

She says Albariño was able to introduce Springfield’s loyal fan base to something a bit out of their bubble, yet different enough to appeal to winos who have moved on from their premium Sauvignon blanc, Life of Stone. “I think that’s the key to marketing these new varieties. Make it approachable to your loyal, regular drinkers, but at the same time, make it exciting for those you might have lost.”

The first vintage of Springfield’s Albariño was relatively small (8 000 bottles), but thanks to the hype it generated, it was sold out within six days. “We then second vintage came, those who missed out of the first time round, were the first to order.”