Irrigating with the future in mind

With the Western Cape in the grip of a crippling drought, the aftermath of which will haunt us for years to come, irrigation and water use remain a sensitive (and political!) issue. 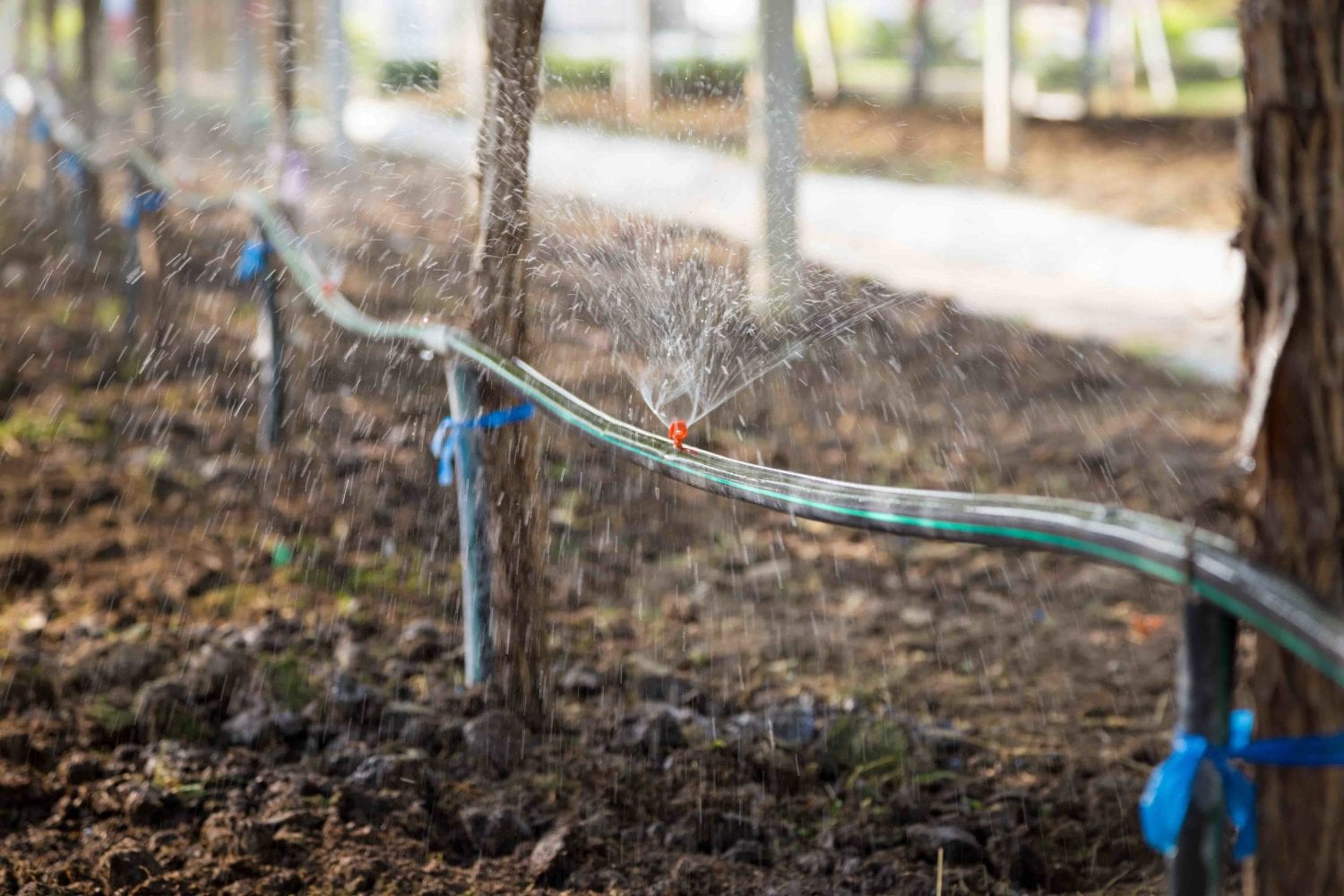 At the time of going to print, the 2018 harvest was drawing to a close and cellars were bringing in the last of a significantly smaller harvest compared with last year. According to an SA Wine Industry Information & Systems (SAWIS) estimate, this year’s harvest is the smallest crop since 2005.

Agriculture contributes 2% to the country’s GDP, writes University of Cape Town climate scientist and researcher Peter Johnston in a recent Sunday Times report. He says more than 20% of this contribution comes from the Western Cape. While no one denies the importance of agriculture in the province, the industry is a water guzzler.

Producers across winegrowing areas have had to make huge sacrifices to cut their water consumption. In the Olifants River area for example Vinpro reports producers were allocated less than 17% of their usual water quota from the Clanwilliam Dam. AgriSA’s Carl Opperman says producers have cut their water use by 60% to an astonishing 87%.

“The drought has already begun to affect how producers use water,” Peter says. “Some of the behaviour changes are worrying. Producers have for example started hoarding water when it’s available. Some aren’t in a position to store enough water and are withdrawing more than normal for this period, but still within their overall allocation, in the expectation that a post-harvest irrigation won’t be available.”

On a positive note, owing to water donations and rigorous water saving, producers are partly to thank for the fact that Day Zero, the anticipated day when the taps run dry, has been surrendered. AgriSA’s head of natural resources, Janse Rabie, is seething about this, saying this surrender “has left the agricultural sector feeling isolated and betrayed”.

In a March statement on the AgriSA website, he writes: “Even if the Western Cape is blessed with normal rainfall during the winter months, the effects of the current drought are anticipated to carry through well into the next couple of years. The primary agricultural sector will require enormous capital investment to replace uprooted or destroyed orchards and vineyards, rebuild herds of livestock and rehabilitate both cultivated and grazing fields.

“The current drought in the Western Cape will only be regarded as having been broken should the province’s water supply system recover to about 85%, at which time the severe water restrictions which are currently in place may be lifted.”

Leaving the political climate aside, producers must still face the practical realities of the drought.

“This year hasn’t seen any requests for new planning irrigation designs,” says Werner de Leeuw den Bouter of Dynamic Irrigation. “Producers who are actually able to plant more crops and vines are sticking to standard spacings and irrigation yields. Everyone’s concerned about their water balances and sources, whether these are dam water allocation or access to and capacity of boreholes. If producers see there’s too big an area planted for the amount of available water, they either pull out vines, try to buy water or sink more boreholes.”

This problem is not unique to South Africa. In a recent interview with Forbes, Katie Jackson of Jackson Family Vineyards in California, explained how they have had to innovate in a water-scarce world. “We work with Fuition Sciences, which developed technology to measure the level of sap flow activity within vines,” she says. “Their sensors remotely access vine transpiration to help us determine when to irrigate. Rather than following set irrigation schedules, we let the plants tell us when they are thirsty.

“Our early adoption of drip-irrigation infrastructure in all new family vineyard plantings and investment in on-site reservoirs have put us in good stead to weather changing climatic circumstances.”

Vinpro and Winetech share similar tips for irrigation during a drought: