Big in Japan: A new frontier in cold-climate wine & viticulture

With its reputation for meticulous craftsmanship carried over into the vineyards and cellars, the ‘land of the rising sun’ could be on the cusp of a wine export boom, despite arduous grape-growing conditions.

Wine journalist Motoko Ishii told WineLand that international winemakers and vintners worried about climate change should look at what producers are doing in Japan.

Japan: ‘land of the rising grape’

Q: What do you attribute Japan’s rise in wine quality to?

MI: Firstly, Japan has seen an emergence of a new wave of vintners eager to learn new techniques and gain a broader knowledge needed for winemaking. There’s been a significant mindshift among the current generation of Japanese winemakers and grape-growers.

Even though Japan’s been growing grapes for more than 100 years, it’s safe to say that its potential was only realised during the 90s. Back then, the industry was small, and wineries were mostly family-run businesses.

The new-found enthusiasm and focus from a more innovative generation of vintners occurred only over last two decades. To succeed, many Japanese vintners trained either at prestigious domaines in France and Italy or gained valuable experience working in major wine-producing regions like Australia, New Zealand, and California.

These vintners came home armed not only with a new-found knowledge but also a desire to create something unique and distinctly Japanese. They’ve managed to adapt their techniques and knowledge to suit Japan’s extreme climatic conditions.

Q: Has this new enthusiasm spilled over into other sectors?

MI: The quality of wine has risen to a level that’s comparable to many other great wine-producing regions of the world. We’ve seen this appreciation spill over into the local market with tours of our wine country becoming more popular.

For a country that’s been predominantly a wine importer, Japanese wines now make up 70% of the wine lists in many Tokyo restaurants.

Q: How is Japanese wine being received internationally?

MI: Japanese wine is of special interest because it pairs so well with Japanese food. The current global trends are also well suited to our wines.

As consumers start moving away from big, bold styles to more sophisticated, elegant expressions, Koshu has emerged as a popular choice thanks to its low-alcohol and lighter style, fresh fruity flavours and elegant characteristics.

Q: Describe some of the distinct flavours found in Japan’s native varieties?

MI: Consumers often pick up notes of Japanese citrus in Koshu. It’s a unique, distinct, ‘green citrus’ that’s commonly found in Japan. This is the perfect match for a variety of seafood dishes like oysters, lobster, and even vegetables.

Local red variety Muscat Bailey A generally has softer tannins, which also makes it suitable for a variety of meat dishes. European wine connoisseurs are not particular fond of Muscat Bailey A (probably because of its American influence), but it has proven popular among many Asian wine consumers.

In the past, notes of cotton candy were evident in most of the Muscat Bailey A expressions found in Japan. But that’s changing to a more fruit-driven, Bordeaux-style of wine, which, from my experience, pairs perfectly with dishes like bobotie and even a braai! [nice touch, Ishii … – Ed.]. 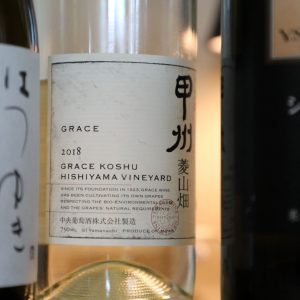 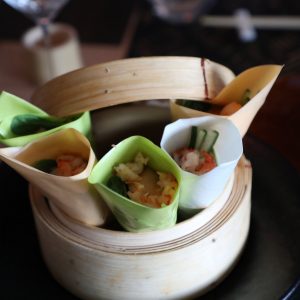 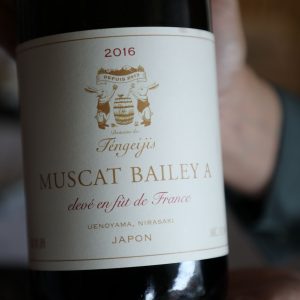 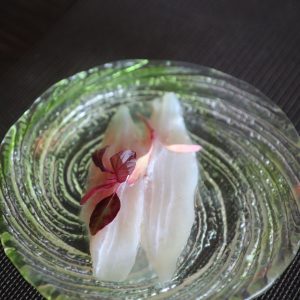 Q: In the context of climate change, how are grape growers adapting their techniques and vineyard practices in Japan’s extreme climatic conditions?

MI: Decades of experience in dealing with extreme humidity and rainfall is another key factor that has made Japanese wine relevant in today’s wine industry and could prove invaluable in the context of global warming.

Hokkaido, a wine region in the northern part of the country, experiences heavy snowfall in places (up to one metre) and extreme rainfall from November, sometimes so strong that it can even break vine stems.

Our biggest challenge is rainfall during the growing season making grapes susceptible to rot and fungal disease. Vintners apply innovative methods such as wax paper hats over fruit bunches, plastic sheets to protect grapes from excessive rainfalls and ensuing disease, and even using fans in the vineyards to stimulate air circulation.

A producer in Yamanashi established a type of side-less greenhouse structure built to avert rainwater and reduce humidity to aid in the control of disease. It was an expensive investment, but it has allowed them to produce high-quality wine grapes organically without the use of any chemical sprays.

“Our biggest challenge is a combination of heat and moisture. Koshu grapes are thick-skinned and specifically designed to be resistant to rot and capable of withstanding extreme humid conditions.”

Or plastic sheets to protect grapes from excessive rainfalls and ensuing disease.

Q: What are some of the other challenges (and possible solutions)?

MI: The high pergola is Japan’s most widely practiced trellis system, selected to maximise airflow while sheltering bunches with a canopy of leaves. The use of wire-trained vertical shoot positioning systems is becoming more commonplace, because with increased exposure comes greater sugars and ripeness levels, necessary for growing European grape varieties such as Merlot and Pinot Noir.

Altitude is another important element as some vineyards are located 900 m above sea level, which makes harvesting labour intensive. Japanese vineyards are small in comparison with other wine-growing regions, so mechanisation is not widespread.

Most of the harvesting and pruning is done by hand. Technology is currently being developed to ease pressure on producers. Designed to pass under pergolas, specially designed Japanese-manufactured sprayers feature an air-conditioned water-proof cab in the front and a mechanism at the back to spray fungicide to the bunches above.

A producer in Yamanashi established a type of side-less greenhouse structure built to avert rainwater and reduce humidity to aid in the control of disease.

Q: What does the future hold for Japanese wine?

MI: The narrative of Japanese wine has changed considerably over the last two decades, and future prospects look promising. It’s an exciting time and we’re still in the very early stages of seeing some of the best wines from Japan.

The global trend of consumers preferring lighter, more elegant styles over blockbuster wines is helping Japan gain traction overseas. There’s still work to be done, but Japanese people are renowned for being inventive and resilient.

We continue to better understand our grape varieties and climatic conditions and establish wine styles with character and distinctive appeal. We’re still very much in the exploration phase. But the future looks bright. It might take a few more decades, but we can do it!

Motoko Ishii is a veteran Japanese wine journalist, marketer and consultant, and president of Basis Co., Ltd. After working for wine import promotions at Hiroya Co., she studied viticulture and oenology at the Department of Agriculture at Santa Rosa Junior College in California. After returning to Japan, she established Basis Co., and began working as a wine journalist and wine consultant.

WineLand journalist Anton Pretorius cracked the nod for the guest list, and gave WineLand’s Instagram followers a sneak peek of this exclusive tasting (click on the image below).

The full story features in WineLand Magazine’s March 2022 print issue (‘Dare to be Different’). Buy your copy (or subscribe!) here.

On June 30, 2021, wines of Nagano, Yamagata and Osaka received a GI (Geographical Indication) status. In addition to ‘Yamanashi’ in 2013 and ‘Hokkaido’ in 2018, Japan now has five GIs for wines.