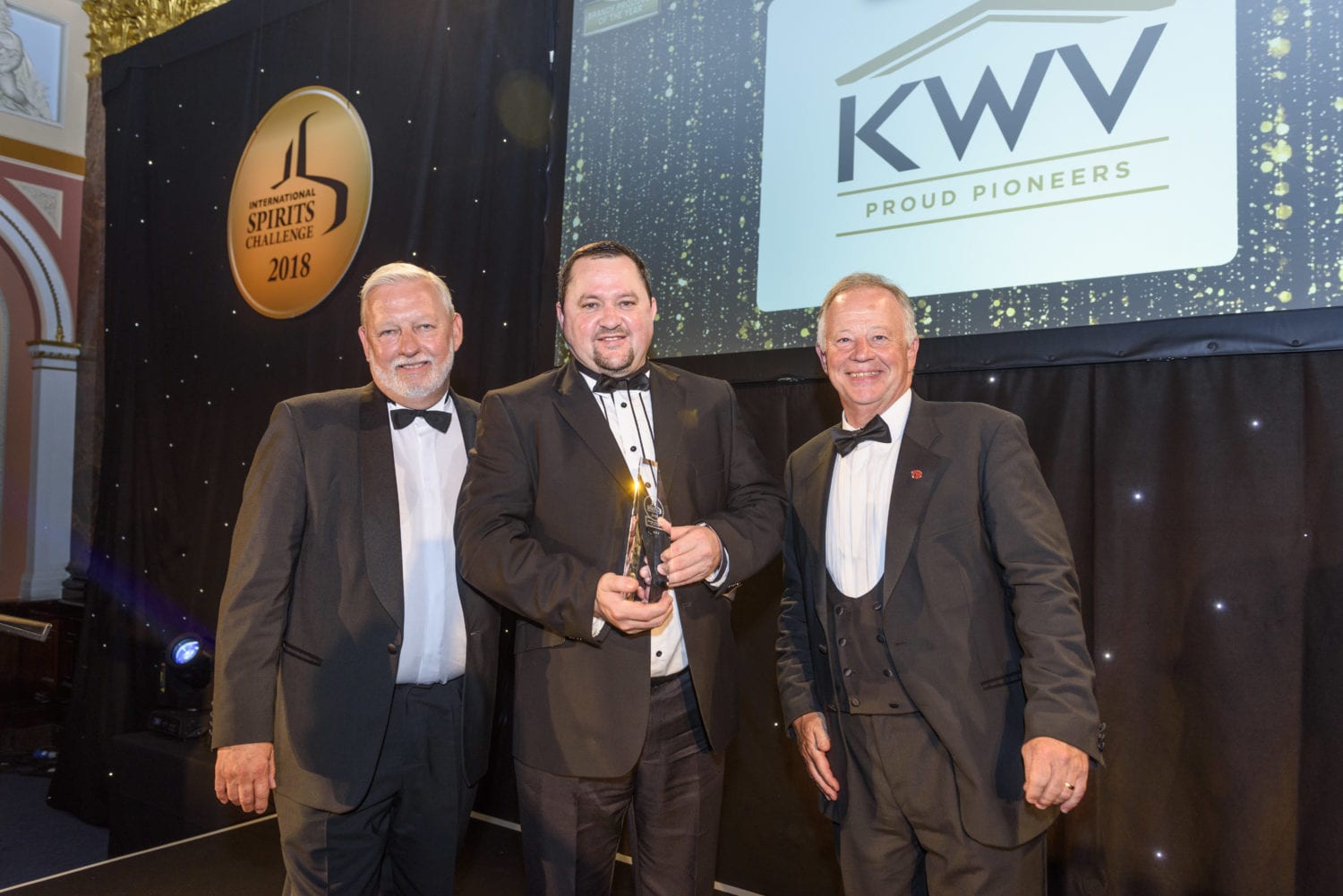 KWV has been awarded the 2018 Trophy for the Brandy Producer of the Year at the International Spirit Challenge (ISC).  This is the third time that KWV’s Master Distiller, Pieter de Bod, has been honoured with this coveted Producer’s Award, and he was at the prestigious awards ceremony in Bishopsgate, London, to receive this award in the presence of the world’s leading drinks producers.

This award comes on the back of an earlier announcement that KWV Brandy had secured an impressive three gold medals for the KWV 10-Year-Old Potstill Brandy, KWV 12-Year-Old Barrel Select Brandy and the KWV 20-Year-Old XO Brandy at the same challenge.

Such an accolade from the ISC is regarded as the most respected and sought after in the drinks industry, due to the stringent nature of the judging process.  Winning an ISC medal is an outstanding achievement and illustrates a producer’s commitment to quality and innovation through its spirits.

Only 3% of entrants receive Trophies and Special Awards and KWV winning the 2018 Trophy for Brandy Producer of the Year in addition to its gold medal tally, is therefore a phenomenal accomplishment.

According to ISC competition organisers, 2018 saw more entries from global competitors than ever before, making KWV’s achievement even more noteworthy.

“It is an incredible honour to win the Trophy for the Brandy Producer of the Year for the third time,” said De Bod, speaking at the awards ceremony, “this illustrates KWV’s ability to produce Brandy of a consistent, trusted quality, and our ability to make a Brandy that is not only appreciated locally – but revered globally. My team of distillers and I are fully committed to continue making Brandies of award-winning quality.”