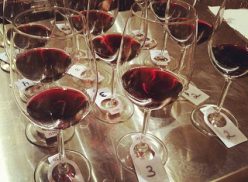 KWV wines stood out as the only South African brand at the Ultimate Wine Challenge in New York. The UWC was held over the span of four weeks, during which thirteen wine experts evaluated more than 1 200 wines and spirits from around the world.

The following wines from KWV won awards and scored 86 or more:

Additionally, the KWV Classic Pinotage 2015 was awarded the Chairman’s Trophy which is the highest accolade at this event.