Lactobacilli – a source of enzymes for wine aroma 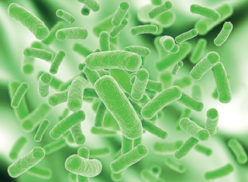 The results indicated that the isolates from the Lactobacilllus species have the same portfolio of enzymes to alter wine aroma as the O. oeni isolates.

Oenococcus oeni and Lactobacillus species are the main lactic acid bacteria associated with grape must and wine. Apart from converting malic acid to lactic acid (i.e. malolactic fermentation), which both are capable of, the value of different species and strains add to winemaking due to their contribution to aroma. This aspect is dependent on the genetic composition of the bacteria, either having a gene encoding for a specific enzyme or not. Therefore, O. oeni and lactobacilli isolates from South African grapes and wine were screened for the presence of genes encoding for enzymes with the potential to influence wine aroma and flavour. The enzymes examined were β-glucosidase, esterase, protease, citrate lyase and phenolic acid decarboxylase. The significance of this lies in the fact that the use of different species in winemaking can result in wines with completely different and unique aromatic properties. Lactobacillus plantarum is now used as a malolactic starter culture with great success and influences wine aroma differently compared to O. oeni. Cultures from other lactobacilli species would most probably be able to do the same.

Wine production entails a primary or alcoholic fermentation which are carried out by yeast, mainly Saccharomyces cerevisiae, and a secondary or malolactic fermentation carried out by lactic acid bacteria, mainly Oenococcus oeni. Species of the genera Lactobacillus, Pediococcus and Leuconostoc are also associated with grape must and wine and are able to carry out malolactic fermentation. During malolactic fermentation, l-malic acid is converted to l-lactic acid, resulting in a reduction of wine acidity and creating a more microbial stable environment. Over and above the conversion of malic acid to lactic acid, the metabolic activities of the associated lactic acid bacteria can lead to the production of compounds that can impact wine aroma and flavour positively or negatively. Aroma and flavour are very important indicators of the quality of a wine.

Knowing this, the presence of some genes encoding for enzymes of value in winemaking was investigated in O. oeni and Lactobacillus species isolated from South African grapes and wine. The presence of the enzymes β-glucosidase, esterase, protease, citrate lyase and phenolic acid decarboxylase were examined.

The ways in which these five enzymes could contribute to the wine aroma are briefly given below. Grape derived aroma compounds can occur in a form bound to a sugar molecule rendering them non-volatile and sensorially inactive. Glycosidase enzymes hydrolyse this sugar bond resulting in the release of the volatile compound. Esterases have the ability to synthesise or hydrolyse esters. Esters are one of the most important groups of aroma compounds in wine as they are responsible for the desirable fruity aromas. Proteases are capable of breaking down wine proteins to generate peptides and amino acids which in turn can be further metabolised to impact wine flavour and aroma. The citrate lyase enzyme, consisting of three subunits (α-, β- and γ-subunits), is essential in citric acid metabolism. Citric acid metabolism can result in the production of the well-known buttery aroma compound, diacetyl, one of the most important aroma compounds associated with lactic acid bacteria in wine. The last enzyme considered in this study, phenolic acid decarboxylase, is responsible for the decarboxylation of phenolic acids (p-coumaric, ferulic and caffeic acid) to their vinyl derivatives (4-vinylphenol, 4-vinylguaiacol and 4-vinylcatechol). They can further be reduced by vinylphenol reductases to their ethyl derivatives. As these volatile phenols have low sensory thresholds, they can easily impact wine aroma and if present above certain levels they impart distinct medicinal, animal, leather and ‘horse sweat’ odours.

Apart from these, some other wine-related enzymes that exists in lactic acid bacteria are for example enzymes involved in amino acid metabolism, which can lead to the production of volatile sulphur compounds (methionine/cysteine metabolism), ‘mousy’ off-flavours (ornithine/lysine metabolism) or by-products that could serve as energy sources (arginine metabolism). Enzymes involved in glycerol, mannitol and erythritol metabolism (polyol metabolism) could lead to the production of compounds causing bitterness or spoiled wine. Peptidases, lipases, ureases, tannases and glucanases have for example also been researched. Lactic acid bacteria thus contain a comprehensive range of enzymes, emphasising their potential to influence the aroma and flavour characteristics of a wine.

It is important to remember that the results only report on the genetic availability of the tested enzymes. The next step, however, would be to determine if these enzymes are indeed expressed under winemaking conditions and whether they are active and functional. The activity of enzymes can easily be influenced by wine parameters, such as pH, temperature, ethanol and residual sugar.

Our results indicate that species of Lactobacillus isolated from South African grapes and wine, like O. oeni, possess a diverse array of enzyme-encoding genes of relevance in winemaking. Not only do these lactobacilli isolates have the potential to significantly impact the aroma and flavour characteristics of a wine, but also to create a wine with different and unique aromas and sensorial properties. This could be of great importance to the wine industry as it would mean that the use of different malolactic bacterial starter cultures could potentially result in wines with different aroma characteristics. This also emphasises the value of exploring the use of species other than O. oeni as potential malolactic starter cultures.