Always at the forefront of innovation, Vititec is once again pushing boundaries by introducing ‘jumbo vine’ that may be game-changers for some in the South African wine industry.

European countries are known for experimenting with new technologies, but South Africa has not been lagging behind. From experimental clones to cover crops, the South African wine industry never misses a beat trying out new tricks in the vineyard.

Earlier this year Vinpro consultation services manager, Conrad Schutte, was in Verona on business and took the opportunity to explore the old Italian wine region a little further. That’s how he came to meet the owner and managing director of Vivai Richi Nursery. This nursery produces strange big vines by using the thick 75 cm basal end of rootstock canes to graft the scion stock. These vines are tied to a wire and sold as replacement vines that can easily fetch double the price of normal vines.

According to André van Wyk, chief executive officer of Vititec they’ve been aware of these ‘jumbo’ vines for years. But although there are various benefits, it can be challenging to manage such big vines in a nursery. For one, they require a specific trellis system to stabilise them during the growing season.

Although there have been experiments with jumbo vines in the past, they were only conducted on a limited trial basis. Now for the first time Vititec has employed ellepots, a technology that uses biodegradable material for potted plants. So far, the results have been favourable. “There is an 80% success rate and we’ve had a 10 to 20% increase in the open nursery on trials,” says André.

Some producers have already received samples to try. “We supplied a producer in Keimoes in the Northern Cape with about 900 jumbo vines,” André says. “This will be a climate test.”

Vititec has also planted one row (80 vines) in the Hex Valley on Crimson. These vines will eventually be compared to the rest of the block, which consists of about 3 000 normal vines. “This will be a good experiment to measure the jumbo against smaller vines, to compare the different management practices as well as measure the growth at end of the season.”

At this stage jumbo vines only have perceived benefits. There aren’t any practical tests and the outcomes have not been verified, says André.

Some of these perceived benefits include: 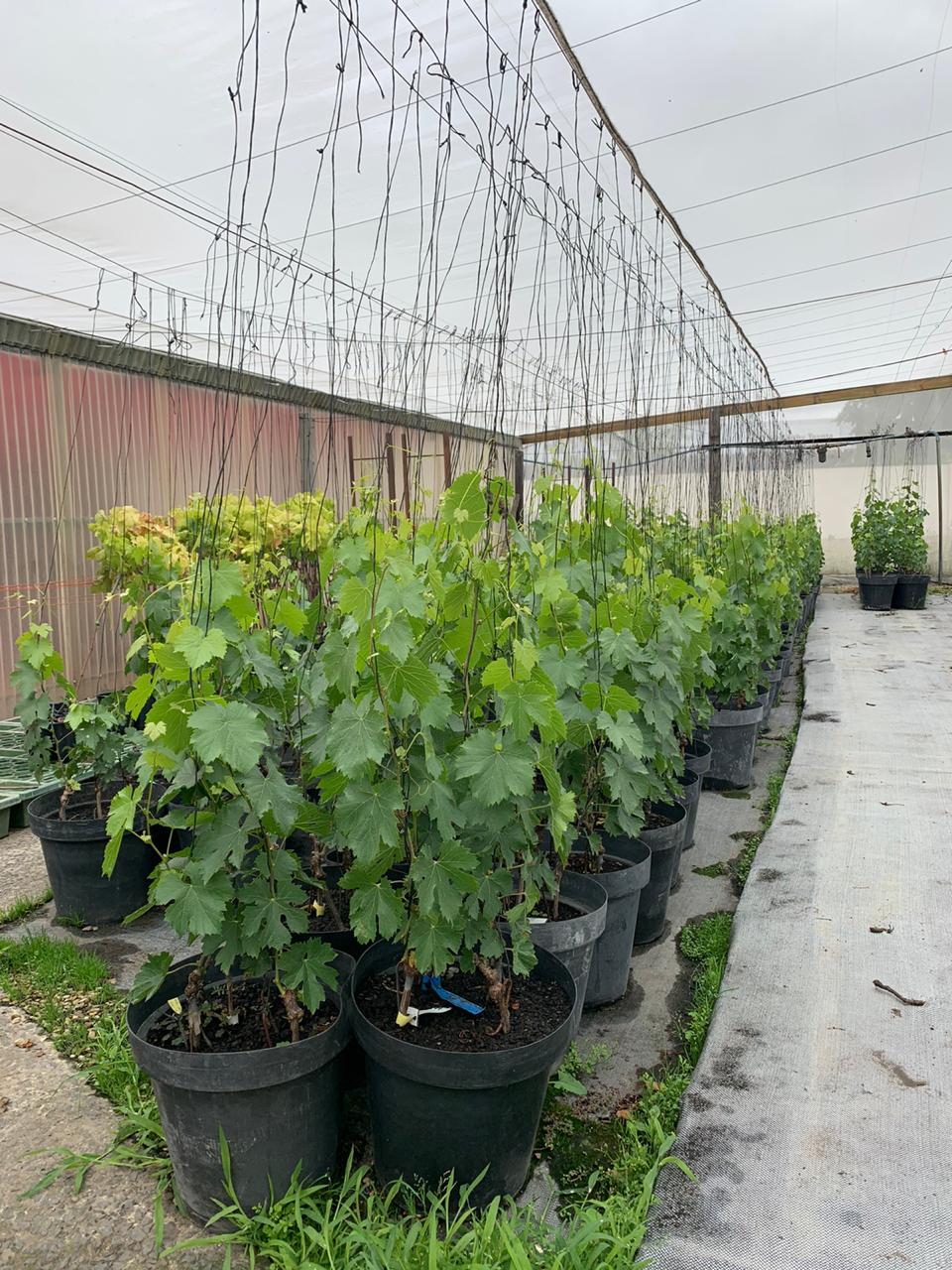 Vititec makes use of their greenhouses on Picardi farm in Paarl to produce high-quality vineyard plant material.

Vititec aims to continue being at the forefront by increasing their exposure to other countries, enabling the team to discover new technologies that could be practically implemented in the local wine industry.

“The biggest mistake you can make is to implement technology before knowing the practical implications,” André says. “You could waste money.”

The Vititec team intends to travel to America and old wine-producing areas like Italy, France, and Germany. “These countries are innovative with new technology. Not only on-field propagation, but greenhouse propagation too. From a greenhouse perspective, you can’t go wrong when visiting the Netherlands. We would also like to visit Australia and New Zealand, which have great nurseries.”

Currently, jumbo vines represent a perceived value, not a tested value. André believes everything should be tested to measure its benefits because of the big capital layout they often require. “For the same number of vines per hectare you have double-plus expenditure with jumbo vines.”

André says if it’s guaranteed that jumbo vines hold more benefits for producers, he wouldn’t hesitate to recommend them. But, he’s hesitant to say “just go for it” because the benefits have not been observed yet.

Vititec will cautiously introduce producers to the jumbo vines, test these vines and present the results to producers, to help them make informed decisions. “We not going to rush anything,” André says.