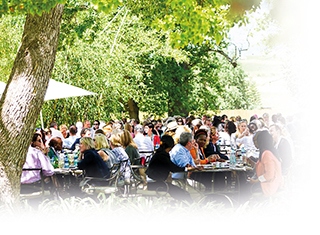 There were a number of recurring messages at The Business of Wine & Food Tourism Conference.  Edo Heyns looks at the key take-home learnings.

“If there’s one thing that you should do tomorrow, it’s to train your people.” With this simple message, Meiningers Wine Business International no-nonsense editor-in-chief Felicity Carter highlighted the stand-out message at The Business of Wine & Food Tourism Conference.

In South Africa in particular, training and its expected results not only benefit wineries and their attractions. It’s part of a multifaceted development drive to create jobs and upskill people that makes wine tourism a chief priority. While the broader agriculture sector faces likely job losses due to mechanisation, growth in tourism means growth in employment opportunities.

Respected wine business consultant Peter McAtamney of Wine Business Solutions echoed Carter’s emphasis on training, stating, “Training is the single most important thing.” The notion that only client-facing staff should know about wine was dispelled several times at the conference with “even the IT guy” seen as a potential ambassador.

Both Carter and McAtamney referred to some of the best and worst wine experiences they’d had in South Africa. In neither case did they mention wine at all. Instead the people, and indirectly training, were the reason for their euphoria or disappointment. Our enviable reputation for oft-celebrated aspects such as old vines, terroir, winemaker finesse and heritage can be undone or emphasised, depending on who’s pouring the wine.

Keep it bold, simple and real

Visits to 75% of the winery tasting rooms in Napa County are by appointment only. The people who go there really want to be there and the simple requirement of making an appointment, fundamentally changes purchasing behaviour. This begs the question: Are South African wineries perhaps too open, too friendly and too accessible, much like our wine, which is too cheap?

Perhaps this is an exaggeration, but a bit more boldness would do no harm. McAtamney highlighted several shifts that are likely to boost business. These include switching from standing tastings to seated experiences, demonstrations to pleasure bases and free samples to paid presentations.

While South Africans’ low-key approach could be a drawback, our authenticity is certainly a key draw card. JP Rossouw, publisher of Rossouw’s restaurant guide, says authentic South African food is a draw card for wine tourism and winelands restaurants are leading the pack.

This authenticity is however not always prevalent in tasting rooms, where staffers often bore visitors with dull tasting notes and technical specs. McAtamney goes so far as stating the script should be scrapped entirely. “Who wants to listen to what a wine tastes like in any case?” he asks.

Most of the emphasis throughout the conference was on stories and experiences. Destinate tourism consultant Mariëtte du Toit-Helmbold says South Africa’s story may not be perfect, but it’s interesting and that’s exactly what tourists want to experience.

Look beyond your neighbour’s backyard

Don’t use your neighbour’s standards as your benchmark. There are many more interesting lessons to be learnt when your horizons span beyond your region and even industry. McAtamney says the wine industry can learn a lot from the perfume industry when it comes to aspirational product positioning.

The numerous references at the conference to the Aussies’ success story is likely to take the rivalry on the rugby and cricket fields to the wine tourism field.

There are startling similarities between South Africa and Australia, with some pertinent lessons from down under about changing perceptions and reputations. Carter, who was born in Australia but is now based in Europe, says her home country – which she admits is mostly desert – was famous for its spiders, but managed to gain a reputation for luxury, particularly in growing Asian markets.

When she first arrived in Europe, she was surprised by the dull food and bad coffee on offer compared with the vibrant dining culture she was used to in Australia. I’m sure many South Africans can relate to that; I certainly can!

So can South Africa achieve the same success as the Aussies by exchanging its reputation of anarchy and wilderness for one of luxury and prosperity? Carter ascribes the Aussies’ impressive 25% growth rate in tourist figures to collaboration and “putting their heads together”. The message of collaboration is nothing new. Let’s hope it’s not South Africans’ insurmountable stumbling block.