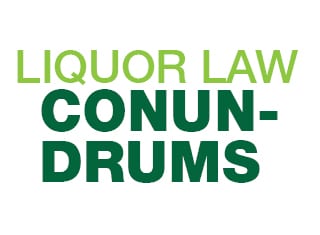 THE NATIONAL LIQUOR AMENDMENT BILL
It’s expected the bill will only be submitted to cabinet after the 2019 elections. The bill was discussed by a Nedlac task team at several meetings between April and November last year. From the report on the meetings it appears government and business don’t agree on some of the most important proposed changes.
• Government proposes that the legal drinking age be raised to 21, while business supports the retention of the current limit of 18.
• Business also opposes the government’s proposal prohibiting the advertising of liquor on social media and the internet, in cinemas, theatres, pamphlets, magazines and newspapers, and on company delivery vehicles. It points out it’s impossible to control social media and the internet and small businesses will struggle to promote their brand under these restrictions.
• In terms of the bill, the minister will be empowered to propose a level of BEE compliance for registered manufacturers and distributors. As it’s difficult to obtain and retain a high level of compliance under the revised BEE codes, business proposes that individual businesses should engage with the department on a compliance roadmap.
• The provision for extended liability for liquor manufacturers and distributors has been retained. In terms of this provision they can be held responsible for harm suffered or caused by customers if retailers to whom the manufacturers or distributors sold their products sell the liquor to intoxicated people. They can also be held liable if their products are found in unlicensed liquor outlets.

NEW WESTERN CAPE LIQUOR ACT
A committee is currently preparing a draft for a new Western Cape Liquor Act after a provincial Liquor Policy was approved. The proposed changes include:
• Shifting the administrative burden and cost of applications for liquor licences to applicants, resulting in a significant increase in the cost of obtaining liquor licences.
• The introduction of prescribed maximum liquor trading hours, which are expected to be shorter than the current trading hours.
• Phasing out over a five-year period of wine licences held by supermarkets that are within 50 metres of a liquor store. This will affect retailers with supermarkets in shopping centres where they or other businesses also have liquor stores.
• The introduction of a provincial tax on liquor and volume-related licence renewal fee. The number of outlets selling liquor in a particular area will be limited taking into account zoning and population density. This quota system will obviously have a negative effect on access to the industry.

PROBLEMS EXPERIENCED WITH APPLICATIONS FOR LIQUOR LICENCES AT THE WESTERN CAPE LIQUOR AUTHORITY
Over the past few months applications for liquor licences for businesses such as wineries, restaurants, function venues and supermarkets have been refused by the Liquor Licensing Tribunal of the Western Cape Liquor Authority, apparently due to technical reasons unrelated to the merits of the application or the risk of harm associated with alcohol abuse the business may cause.

The Liquor Law Committee of the Cape Law Society intends engaging with the governing board which oversees the Liquor Authority, or the responsible minister if necessary, to discuss a change in the tribunal’s approach so the nature of the business and risk it poses to alcohol-related harms take precedence over technical requirements. It also intends submitting representations to the committee drafting the new act to include a risk-based approach to licensing where the track record of businesses that have been selling liquor responsibly are taken into account.

*Danie is the chairperson of the Liquor Law Committee of the Cape Law Society and a practising attorney with Danie Cronjé Attorneys.