Liquor law in the spotlight 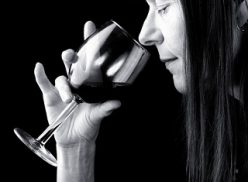 Liquor legislation will be in the spotlight once again in the next few months after the Department of Trade and Industry (dti) issued a revised Draft Liquor Amendment Bill.

The revised Bill will not be issued for public comment, but has been referred directly to Nedlac (National Economic Development and Labour Council) for debate among its three member groups, namely business, labour and government.

The dti then held a number of community meetings towards the end of 2016. Taking the feedback from these sessions into account, the dti referred a revised Draft Liquor Amendment Bill to Nedlac for debate amongst its members in March 2017.

“The industry shares government’s concern regarding alcohol abuse and will remain committed to promoting responsible use. Although we understand government’s intentions when proposing changes to the current liquor legislation with regard to age limits and advertising, among others, it is important to note unintended consequences to an industry that contributes significantly to job creation and GDP,” says Christo Conradie, manager of the industry body VinPro’s wine cellar division.

The results of a socio-economic impact assessment commissioned by the dti are to be finalised, and various discussions will be held between Nedlac representatives in the next few months. The wine industry is part of the Nedlac Task Team and represented by Rico Basson (VinPro), Kurt Moore (Salba) and Michael Mokhoro (VinPro/Salba stakeholder manager).