Call them athletes if you like. Team Nederburg South Africa comprises the country’s top wine tasters who will fly the flag high at the 2019 World Blind Wine Tasting Championship in France later this year. Anton Pretorius interviewed the team members in preparation for their campaign. 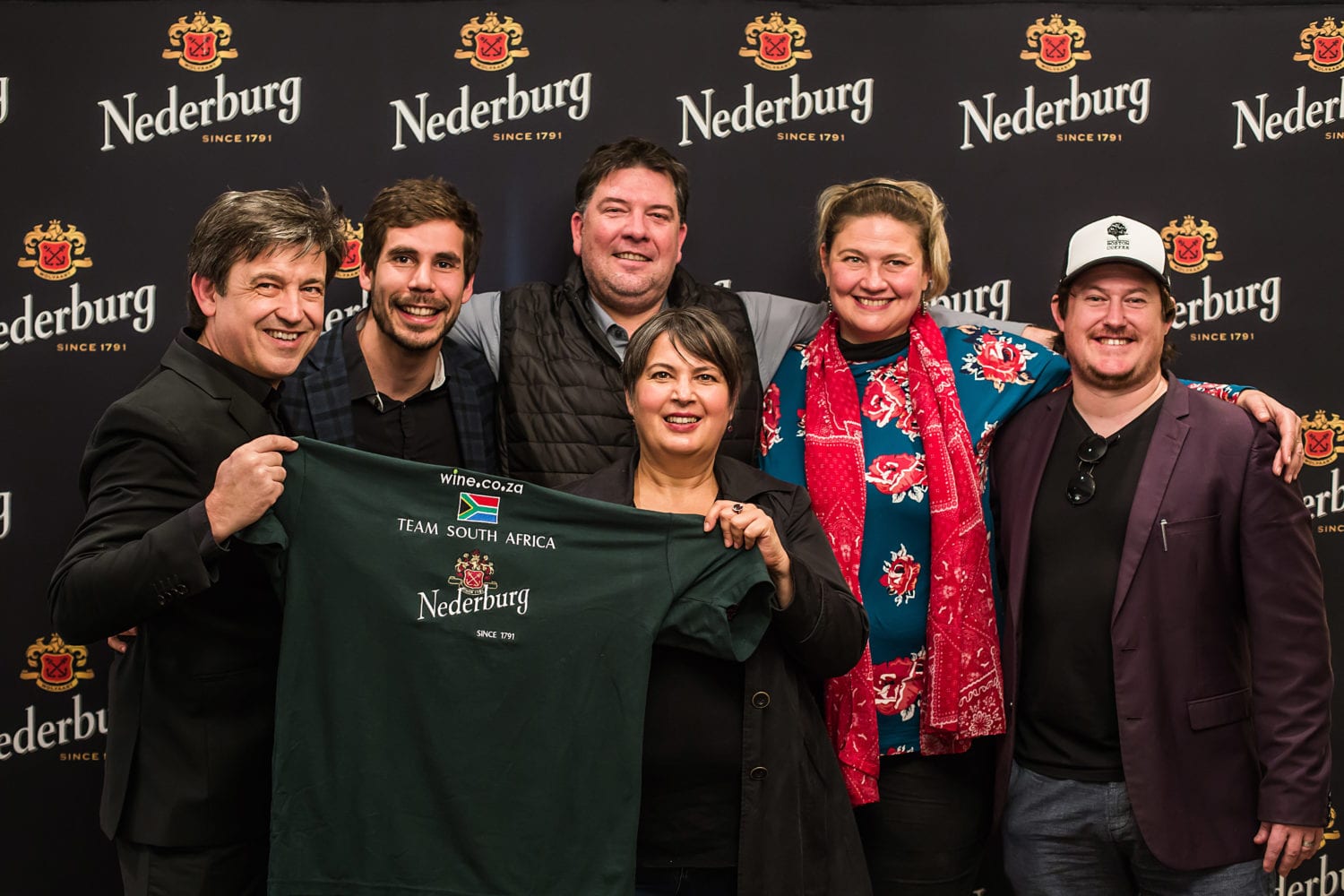 With some serious arm lifting and extreme feats of concentration involved, tasting at this level certainly requires some athletic ability. Team Nederburg’s squad of supertasters will have the opportunity to improve on the 10th position they achieved last year when they represent South Africa in the 2019 World Blind Wine Tasting Championship to be held in Chambord, France this October.

Experience will count in the team’s favour this year. The majority of the squad are seasoned campaigners with captain Anita Streicher-Nel competing for a fifth time, Anton Swarts (CWM) competing in his fourth Championship, while Heidi Kritzinger and Cyril Meidinger will both be returning for a second time. Rookie Chris Groenewald will make his first appearance as a reserve.

Each of these competitors qualified for Team Nederburg by putting in extraordinary performances during the regionals of the South African Wine Tasting Championships, convened by renowned French chef-sommelier Jean Vincent Ridon. Jean Vincent (aka the #flyingsommelier in social media circles) doubles as the team’s enthusiastic coach and mentor. Starting as a sommelier in the family restaurant, Jean Vincent Ridon went on to establish his own restaurant among the French vineyards of Sancerre. He has done it all – from being an apprentice in Michelin-star restaurants, being a chef-sommelier in France, consulting for top cellars, and re-corking old vintage wines, to settling in South Africa and establishing the Classic Wine Trophy competition (1998) and the South African Wine Tasting Championships (SAWTC) (2013). He also manages the Sommeliers Academy, conducts training in the hospitality industry and grooms the best sommeliers in the country. His dedication toward education makes him a key stakeholder in the process of transformation in South Africa.

Q: How rigorous is the process for South African wine tasters to qualify for the national team?

JVR: From our local [SAWTC] competition we select the 15 best national tasters who are invited to compete at the national finals, a rehearsal of what the World Blind Wine Tasting Championship is all about. Twelve wines from all around the world are served blind to the competitors, who have to identify the cultivar (9 points), country of origin (6 points), appellation (5 points), producer (2 points) and vintage (3 points). The top four tasters qualify for Team Nederburg South Africa, and the fifth is our substitution in case of a member forfeiting. So, you don’t become a member of Team Nederburg by chance; you’re there because you proved to be the best!

Q: As coach, what are your expectations from Team Nederburg this year?

JVR: Let me put it this way, Team Nederburg can be world champions in 2019! However, we will be competing against 27 other countries. The winner is the best team on the day. This is not an exam – it’s a competition. So we need to be the most inspired on the day (and hope other teams are a little less inspired than us …) 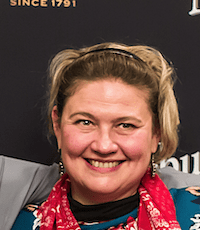 This isn’t Anita’s first rodeo. This will be the wine marketer of Grangehurst Winery’s fifth appearance at the World Championships and her third as captain. Anita’s career spans nearly two decades holding various wine positions at reputable wine cellars around the Boland, including J.C. Le Roux, Fairview, Hidden Valley, Morgenhof Wines and Anthonij Rupert Wyne. With a WSET qualification and extensive experience judging wine competitions in the UK, Anita has all it takes to lead the team.

Q: What’s the competition usually like at the World Champs?

ASN: This competition is extremely humbling. Some teams have world-class sommeliers who have worked in the industry for a long time, some train every week (like team Sweden), and most European countries have access to wines from around the world. So naturally, that makes it tough for us to compete. But we’re not deterred by this at all. We just train harder, and we have a wonderful coach.

Q: What does each team member bring to the table?

ASN: We have a great team this year. Cyril, who is originally from France, has a great palate and is able to identify anything from French Chenin Blanc to Protea Sauvignon Blanc. Heidi also has a great palate and a love for Italian and French wines (not to mention her Pinotage skills). She has a wonderful way of describing wines and she brings a level of maturity and balance to the team. Anton is a trained winemaker and can recognise texture and phenolics while Chris is a disciplined taster and has great access to both local and international wines. Born in Alsace from a French father and Greek mother, Cyril completed his Masters in Marketing of Fast Moving Consumer Goods (FMCG) at Toulouse Business School in France. After graduation, he worked for a négociant in Bordeaux, as well as a winery in Greece. His travels brought him to South Africa where he now exports for North America and Africa at Robinson & Sinclair.

Q: What do you look forward to most during the World Blind Wine Tasting Championships in France?

CM: This year will be my first official participation at the WBTC. Last year, I was only a substitute and now I will have the privilege to compete with my team mates and represent my adoptive country, South Africa, in my birth country, France. I look forward to the tour, building up the competition and experiencing France with my South African hat on. I also hope to bring home the trophy. 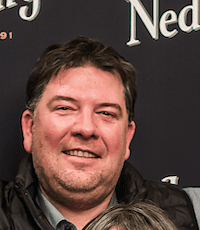 Anton Swarts is a Cape Wine Master and currently one of the senior winemakers at Spier Wines, where he has been working since 1999. This year, Anton scooped the inaugural wine.co.zaTop Taster Trophy.

Q: Tell us a bit more about how the WBTC works?

AS: The WBTC will take place in Chambord in the Loire Valley on 12 October. Twenty-seven countries have qualified and each team consist of four competitors. We will be served 12 different wines every 10 minutes and as a team, we will have to identify the wines. The coach cannot taste or smell the wines. However, we can discuss it with him. When there’s a difference in the team’s choice, the captain has to make the call. It’s my fourth year participating and I feel confident that we can reach the podium. 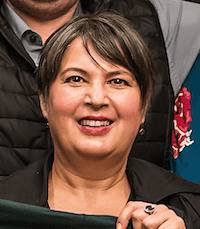 Marketing manager at Bellevue Estate, Heidi Kritzinger will make her second appearance at the Championship in 2019 after winning the Cape Town trophy in the SAWTC National finals. She worked at Kanonkop and previously qualified for Team Nederburg South Africa in 2016.

Q: Tell us why you think Team Nederburg will go all the way in this competition?

HK: I believe we’re a good team. We’ve all competed in the WBTC before and we know each other well. We also taste together throughout the year. We all have different strengths and rely on each other as sounding boards. It will all depend on which wines are presented to us at the finals and whether we can identify them correctly. It’s really hard and there’s some luck involved, but we’ll definitely do our best! WBTC rookie Chris Groenewald is the national trade sales manager at Mullineux and Leeu Family Wines and sommelier at Hawk + Schoon wine boutique shop in Stellenbosch. Chris is WSET Level 3 qualified. While he’ll mostly sit on the bench this year, his wine tasting skills are invaluable and considered a great asset to Team Nederburg.

Q: How valuable is Nederburg’s sponsorship for Team South Africa?

CG: During our tour of Europe, before the World Championships, calling on behalf of Team Nederburg opened many doors, and allowed us to meet key people within in the industry. Nederburg is a world-renowned brand, so it provides a lot of legitimacy to the team. Furthermore, Nederburg’s financial support allows us to travel and be exposed to many other wine styles, so the team can build the necessary knowledge before ‘D-Day’. The sponsorship gives us access to Nederburg’s contacts and resources, including training with the winemaking team.