Minimum wage, what, why, when? 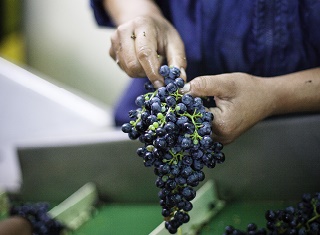 Following 2 years of negotiations between the various parties in Nedlac (with the exception of Cosatu), Deputy President Cyril Ramaphosa announced on 8 February 2017 that a national minimum wage has been agreed upon, which will amount to between R3 500 and R3 990 per month.

In the Western Cape, the most recent agriculture salary and wage survey indicated that not only do employers in the province pay the minimum wage, but that the real earnings, at the lowest job levels, exceed it. For example, seasonal workers’ (2 966 incumbents) gross income was R3 187.00 (including benefits and piece-work), compared to the minimum wage of R2 778.83.

Although the debate on the desirability, or lack thereof, of a national minimum wage, as well as the amount in question, is set to continue for some time and the legislation in this regard still has to be written, certain principles have already been determined that employers should take notice of.

What is the minimum wage?

To make provision for varying work hours, it has been decided to determine an hourly wage, namely R20 per hour. This means approximately R3 500 per month for a 40 hour work week and R3 900 for a 45 hour work week.

When will the minimum wage be implemented?

The prescribed wage is enforceable from 1 May 2018.

What is meant by phasing in?

What else do I have to know?

Businesses that cannot pay this minimum wage, and are able to motivate it, may apply for exemption, but this exemption will only apply for 1 year, after which the full minimum wage will be payable.

A National Wage Commission will decide on increases based on, inter alia, inflation, productivity and the gross domestic product. This commission will be comprised of 3 representatives each from business, labour and community organisations, as well as 4 specialists.

In order to prevent businesses from shortening their business hours to counter the effect of the increase, there will be a restriction on this. Furthermore it is important to note that conditions of employment, which includes working hours, cannot be adjusted unilaterally. Certain allowances for businesses have however been envisaged, but the nature thereof is still unclear at this stage. It could possibly take the form of current youth subsidies.

Legislation on the national minimum wage is likely be finalised soon and the uncertainties that still exist, will be clarified in the process. Together with the announcement of the minimum wage, Deputy President Cyril Ramaphosa also announced that the parties agreed to measures to resolve labour disputes more effectively and in so doing prevent violence, intimidation and destruction of property. Such measures have long been required.