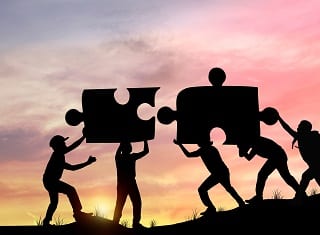 This study follows similar studies done by us on Chenin blanc, Chardonnay and Pinotage. The aim of this study was to determine the effect of seven different non-Saccharomyces yeast strains in combination with Saccharomyces cerevisiae and three malolactic fermentation strategies had on Shiraz flavour.

Shiraz, also known as Syrah (Vitis vinifera L.), is renowned for “spicy”, “dark fruit”- and “berry”-like flavours and different wine styles can be produced, depending on the region of origin, as well as viticultural and winemaking practices.1

Each of the following seven non-Saccharomyces yeast strains, namely

were used in mixed culture fermentations in combination with one S. cerevisiae wine strain. Shiraz wines produced with S. cerevisiae on its own with or without MLF, served as the reference treatments. Yeast strains were commercially available cultures or were obtained from the ARC Infruitec-Nietvoorbij microorganism culture collection. Each of the eight yeast treatments were also evaluated in combination with the three MLF strategies (no MLF, co-inoculation and sequential inoculation). For co-inoculation, LAB were inoculated 24 hours after yeast and for sequential inoculation, LAB were added after alcoholic fermentation. In total, 24 treatments were evaluated in triplicate. A commercial Oenococcus oeni culture was used to induce MLF. A standardised small-scale (20 L) winemaking protocol was followed at an ambient temperature of 24°C. After completion of MLF, wines were bottled and stored at 15°C. Wines were subjected to descriptive sensory evaluations 24 months later.

Results show clearly that there were differences among the non-Saccharomyces strains with regard to their effect on LAB growth and progress of MLF. In most cases, wines produced with non-Saccharomyces yeasts completed MLF in a shorter period than wines produced with only S. cerevisiae. H. uvarum in combination with S. cerevisiae was most compatible with the inoculated LAB and progress of MLF. The C. zemplinina and one of the L. thermotolerans strains had a negative effect on LAB growth and therefore MLF in the co-inoculated MLF wines. However, the same effect was not observed with the yeasts when the MLF culture was sequentially inoculated. The inhibitory effect could be due to competition for essential nutrients or production of toxic metabolites.

Wines produced with the eight yeast combinations and the three MLF strategies (no MLF, co- and sequential inoculation) resulted in all 24 treatments producing wines with significantly different volatile chemical profiles. The sensory data show that the different yeast combinations had a significant effect on the berry aroma of wines, while MLF strategy (no MLF, co- and sequential inoculation) had a significant effect on berry aroma, acid balance and astringency. Wines with co-inoculated MLF scored slightly higher for berry aroma than wines without MLF, but both treatments scored significantly higher than wines with sequential MLF. With regard to acid balance, sequential MLF wines were perceived to be less balanced. However, this did not negatively affect the perceived quality of these wines, because they scored similar or better for overall quality than wines without MLF. Co-inoculated MLF wines were perceived to be more astringent than wines without MLF and significantly more astringent than sequential MLF wines. None of the treatments produced wines that were considered unacceptable with regard to astringency.

Wines produced with non-Saccharomyces yeasts were different to the S. cerevisiae reference wines. The non-Saccharomyces yeast isolates showed potential for producing wines with different styles and flavour profiles, but need further evaluation with different grape cultivars/varieties and in combination with different S. cerevisiae yeast strains. The yeast treatment and the stage of MLF induction had a significant effect on the standard chemical parameters and volatile composition of the wines, although the variation in wine composition did not always translate to perceivable sensory differences.

The use of non-Saccharomyces yeasts in combination with lactic acid bacteria (LAB) to improve the complexity and diversity of wine styles has received limited attention. Therefore, this study compared the interactions between seven non-Saccharomyces yeast strains and Saccharomyces cerevisiae in combination with three malolactic fermentation (MLF) strategies in a Shiraz winemaking trial. Standard oenological parameters, volatile composition and sensory attributes were investigated. Wines produced with non-Saccharomyces yeasts had lower alcohol and glycerol levels than the reference wines produced with only Saccharomyces cerevisiae, and the duration of malolactic fermentation was also shorter. Non-Saccharomyces wines also differed chemically and sensorially from wines produced with only S. cerevisiae. The Candida zemplinina and one of the Lachancea thermotolerans isolates slightly inhibited LAB growth in wines that underwent simultaneous MLF. Generally, MLF strategy had a greater impact on wine sensory attributes than yeast treatment. Both yeast selection and MLF strategy had a significant effect on berry aroma of wines, but MLF strategy also had a significant effect on acid balance and the perceived astringency. By selecting and applying the correct yeast combination and MLF strategy winemakers can ensure rapid completion of MLF and improved wine complexity.

The authors thank the Agricultural Research Council, Winetech and the National Research Foundation of South Africa (THRIP programme; grant numbers UID 71526 and 90103) for funding, and Justin Hoff, Chrizaan du Plessis, Philda Adonis, Sonia Podgorski and Robyn-Lee Louw are thanked for technical assistance. The opinions, findings and conclusions expressed in this publication are those of the authors. The National Research Foundation accepts no liability in this regard.