More than Brics in the wall 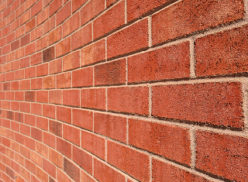 The African Growth and Opportunity Act (Agoa) was recently up for review, with the South African market fervently hoping that the US market won’t be disturbed (the US market is after all one of the most lucrative markets for South African wine). Disturbances unrelated to our industry are a reality, but the victim is ultimately our industry. When President Trump’s new administration reviewed Agoa in June, the message was clear: aid-based relations need to change to two-way trade relations. Seeing that Agoa will come to an end in 2025, all developing countries are encouraged to take full advantage of the current benefits. In the meantime, Africa has to start negotiating with the US for a two-way free trade agreement to replace Agoa.

South Africa and the UK have started making plans for post-Brexit trade. Both countries have reached an in-principle agreement that an interim arrangement will be put in place once Britain exits the European Union (EU) in 2019. This is a continuation of the existing Economic Partnership Agreement (EPA) between South Africa and the EU. Both countries agreed on a smooth transition without interruption in trade during which the UK would remain subject to all the trade obligations of the EU, including the EPA agreement. The Southern African Customs Union (Sacu) has already sent a letter to the UK requesting for a discussion to take place in anticipation of Britain leaving the EU. DTI chief director Niki Kruger briefed Parliament and the Portfolio Committee on the interim arrangement, saying there were a number of tariff rate quotas in the EPA that SA would have to negotiate with the UK. Tariff rate quotas protect a domestically produced commodity or product from competitive imports by allowing a quota or volume of product to come in at a lower tariff, while anything above the quota is subject to a higher and often prohibitive tariff.

The tariff rate quotas with the EU were never increased even as more countries became part of the EU (such as Croatia in 2014). It is therefore South Africa’s position that the volume of tariff rate quotas in the economic partnership agreement should not be reduced with the UK’s exit from the EU. The UK is South Africa’s seventh largest trading partner and second biggest in the EU, with about 25% of all wine exports going to the UK. Total trade between SA and the EU – SA’s largest trading partner – increased from R150 billion in 2000 to R588 billion in 2016. South African exports to the EU over this period rose from R64 billion to R250 billion while imports from the EU increased from R88 billion to R338 billion.

Speaking to The Hindu ahead of the 8th Brics Summit, held in October 2016 in Goa, Davies said the bloc comprising Brazil, Russia, India, China and South Africa should instead adopt a practical and gradual approach of identifying opportunities in important sectors such as aircraft manufacturing and maintenance to create value chains in the five emerging economies.

On the ‘informal’ proposal by China for a Brics FTA, Davies said South Africa and the African continent have so far been mainly producers of primary products, but want to retain the policy space for industrialisation to reap the benefits of the ‘Fourth Industrial Revolution’ – meaning industrialisation using computerisation and other latest technologies.

Referring to certain structural imbalances in Brics trade, he said South Africa mainly exports raw materials to China yet imports fully-manufactured items from that country. “If such a scenario continues, it will not help create value chains that will support industrialisation in South Africa,” Davies said, adding that such imbalances need to be corrected first.

“So we can go for cooperation agreements and have business-to-business contacts, and not get enamoured by the title of a highly ambitious agreement that would only cater to the interests of some, but won’t have broader developmental outcomes,” he said, adding that Brics countries should discuss ways to promote inclusive growth and reduce inequality.

Davies said it was important that the New Development Bank or the Brics Bank identified viable renewable energy and infrastructure projects in South Africa and India, and provide affordable finance. Also discussed was a Brics Visa for easier movement of people.