Mphumi Ndlangisa approaches life with a healthy balance between order and spontaneity. So it comes as no surprise he follows the same principle at Magna Carta Wines, where he and his team make premium, naturally produced wines. 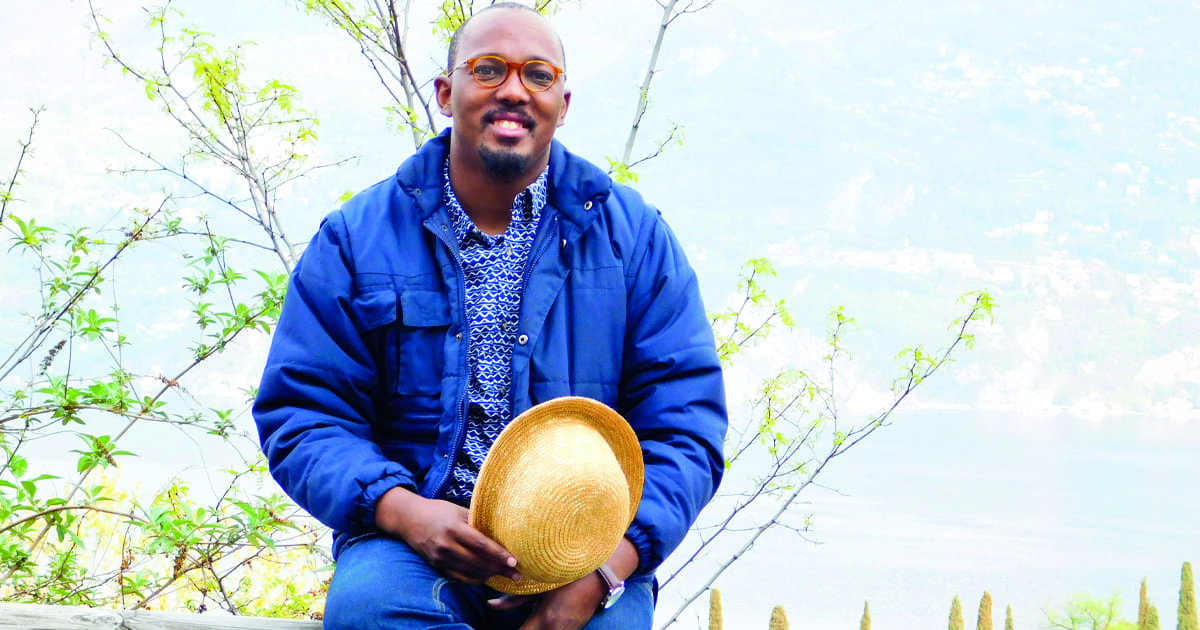 Magna Carta Wines was born from the determination and strategic planning of an investment banker, but the wines themselves are an expression of a freer approach where nature is allowed to work its magic in the cellar.

From banker to winemaker

Mphumeleli Ndlangisa’s journey from investment banker to the owner of Magna Carta Wines started with a love of nature and agriculture nurtured during his childhood in rural KwaZulu-Natal. “I grew up in Estcourt and Uvongo in the late ’80s and early ’90s,” he says. “My dad was a Methodist preacher so we moved around a lot and the mission took us to beautiful rural areas.”

After attending Kearsney College, Mphumi completed a BCom degree at the University of Cape Town (UCT) and a postgraduate degree at Stellenbosch University. “My interest in wine was first sparked while I was studying at UCT,” he says. “When I got my first job I spent a large portion of my salary on wine so I could taste and understand wines from various regions.”

It was while working as an investment banker that he started experimenting with winemaking. In 2014 he made a Chenin Blanc with grapes from Philadelphia and a Pinot Noir using Elgin grapes. It was only when these wines sold out a month after their release that he realised he could quit his job in banking and make wine for a living instead. Although he couldn’t wait to get started he realised he first had to lay a strong foundation. “I’ve always wanted to be an entrepreneur,” he says. “My earliest memory of making my own money is selling sweets at school when I was 10. Unfortunately wine is not as lucrative as it’s perceived to be, so I had to save for at least two years before I could start operating a sustainable business.” During this time he attended tastings and built relationships with mentors to hone his skills, improve his palate and decide on a winemaking style that appealed most to him. “I didn’t study oenology, so I’m grateful to mentors such as Pieter de Waal, Schalk Opperman and Warwick Denman who’ve helped me in my learning process,” he says. To further hone his skills he completed the Business of Wine course at UCT’s Graduate School of Business last year thanks to a bursary from the Vinpro Foundation.

Since its inception in 2014, Magna Carta Wines has grown from a one-man show in leased cellar space to a diverse team that includes a former Congolese army officer and Turkish chemical engineer and operates from a permanent cellar in Woodstock.

Today Magna Carta Wines produces close on 10 000 bottles a year of which 70% is exported. The range consists of more than eight wines of which Pinot Noir and Chardonnay are produced annually. The cultivar composition of the other wines changes annually depending on the availability of top-quality grapes sourced from organic growers in Franschhoek, Elgin and surrounds.

“I’m a small-batch, natural winemaker,” Mphumi says. “Terroir is important, but not as important as drinkability. I make alluring table wines rather than showy wines that win awards.”

In keeping with his natural approach to winemaking Mphumi’s wines are made without any mechanical or chemical intervention, and with little or no addition of sulphur. The wines are made by hand, which means the cellar has no destemmer, sorting table, conveyor, pump or filters. After foot-treading the grapes are whole-bunch fermented. The wines are racked using gravity, matured in both older French oak and concrete eggs, and bottled without the addition of any chemicals or other additives. Some wines are kept on the lees, while others are racked cleanly, depending on what Mphumi wants to achieve with the wine. “The equipment I’m proudest of in the cellar is the concrete eggs which we use for fermentation and maturation,” he says.

Given Mphumi’s interest in political history, Magna Carta is a perfect fit as a brand name for his wine as the historic charter, signed in 1215, is regarded as a cornerstone of civil liberty. “Magna Carta Wines gives freedom to the grapes by not intervening in the natural way wine makes itself,” he says.

The wines are targeted at ardent, experienced wine drinkers who’ve grown tired of conventional wines. Mphumi reaches them through engagement at tastings and distributors who share the brand’s values. Magna Carta Wines was also the anchor sponsor of the annual Afro Punk Festival in Johannesburg last year.

“Our brand promises wines that taste different year on year thanks to changes in nature,” Mphumi says. He describes his wines as vibrant, capturing the essence of life in the vineyard and nature. This is reflected in the labels, which he designs himself.

Despite the unique challenges he faces as a black winemaker, Mphumi has remained focused on making the best possible wines given the resources at his disposal – and his efforts are paying off. One of his proudest milestones is that his wines are now exported to Europe and Asia. He also intends expanding his footprint in Africa and entering the American market. This year marks the planting of his own vines in undiscovered, off-the-beaten track areas, while maintaining strong relationships with his current grape suppliers. “To succeed in the wine industry I’d say find a mentor, be patient and focus on the authenticity of your story and of course, the quality of your wine,” Mphumi says. w

• Mphumi is 31 and engaged to Nomfundo Makhanya, who has been his biggest supporter since Magna Carta’s inception.

• His mom is his greatest inspiration.

• When he’s not in the cellar, he loves spending time with his family, travelling and collecting vinyls.