Themed ‘future of agriculture,’ the recent 2019 Nampo exhibition in Bothaville (14-17 May) – attracting roughly 80 000 visitors and 800 exhibitors – was a perfect opportunity for Nedbank’s agriculture division to address some of the more pressing issues within the sector. 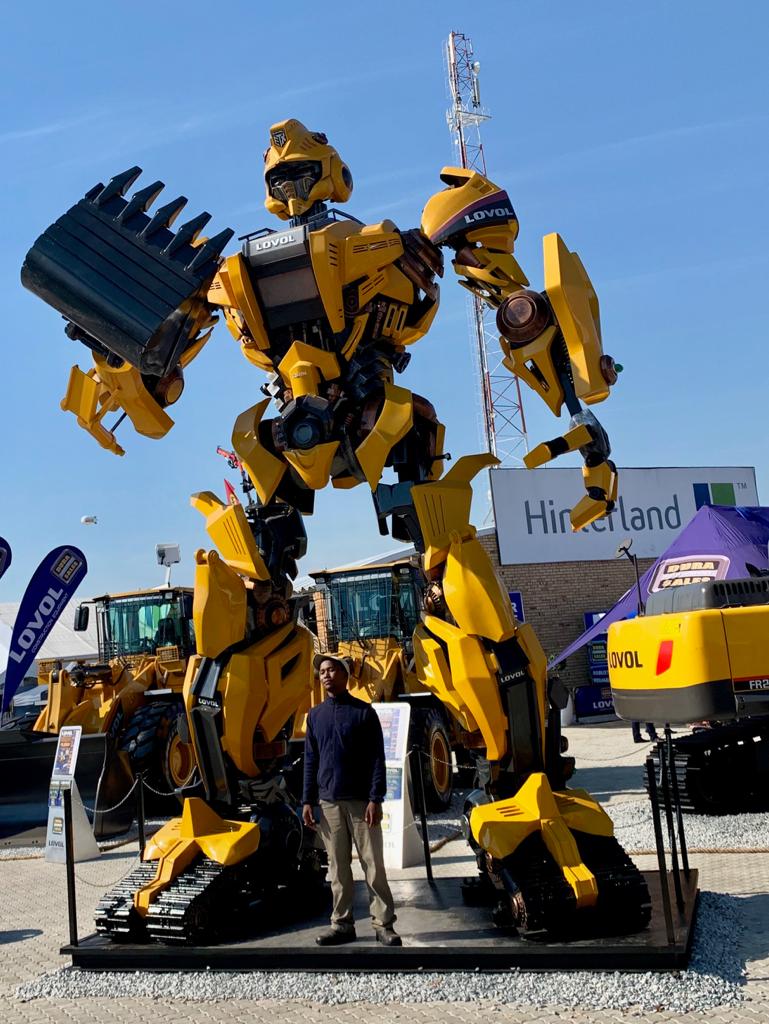 The implementation of  new technology, along with funding, will play a critical role in the agri-sector going forward.

Statistics from the Food and Agriculture Organisation of the United Nations reveal that by 2050 the world’s population will reach a figure of around 9.2 billion, 34% more than today, meaning that to meet the extra nutritional needs, global food production will need to be increased by 70%.

“Technology must drive smart solutions to help ensure food security for future generations,” says Daneel Rossouw, Nedbank agriculture divisional head in the Western Cape. He believes that the implementation of  new technology, along with funding, will play a critical role going forward.

“Given that the land available to produce food cannot increase, there are only a number of ways in which this production increase can be achieved – one of them being rethinking how we farm and changing our ‘business as usual’,” says Rossouw.

Citing Nedbank’s recent partnership with South African aerial data-analytics specialist Aerobotics as a prime example, Rossouw, believes there are many innovative products, start-ups and industries that are being developed with these drivers in mind.

Nedbank is further driving innovation in the agriculture sector through its funding of Stellenbosch University Nedbank LaunchLab, which explores innovative options using technology to ensure that the agri-sector is given an edge in ensuring its goals.

Water conservation, solar and wind technology, investment funds for farmworkers and agri-data management are some of the agribusiness innovations being developed through LaunchLab.

Innovations that provide farmers with data that indicate factors such as precise moisture content, soil quality, fertiliser needs and when to plough mean that farmers use less water, less energy and less fertiliser.

Sustainability is close to the heart of the green bank, which is also playing an active role in addressing key environmental issues such as drought, water supply, renewable energy and climate change. 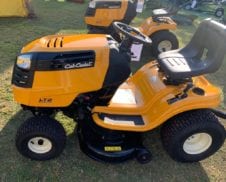 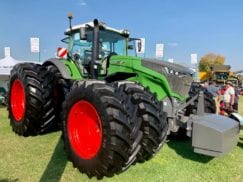 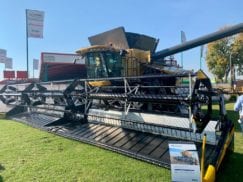 During the Nampo exhibition’s Nation in Conversation dialogue, private-public partnerships for sustainable economic growth in the agri-sector was a big talking point.

Discussions, led by former academic Nick Binedell, focussed on government’s commitment to remove inhibitors outlined in a five-year Agricultural Sectoral Plan, if the sector commits to the full execution of its five themes of growth, employment creation, skills training, investment and transformation.

“Partnerships between the public and private sector is pivotal to succeed in the agri-sector,” said John Hudson, Nedbank national head of agriculture.

Farming has often seen water and energy as two separate silos, rather than as scarce resources that need to be dealt with as one holistic challenge. This challenge needs to be recognised if we are to feed the growing population without encroaching on the biodiversity of our ecosystems. To do this, Nedbank believes that farmers must start looking into innovations from the agri-tech industry.

Innovations such as the incorporation of renewables to address rising fuel and oil prices, new feeding systems that entail the weighing and blending of all foodstuffs, as well as mobile apps to help farmers monitor the health and whereabouts of their livestock. These innovations and other modern solutions have helped farmers to manage their resources better, improve the overall health and quality of their produce and ensure real-time updates.

As the green bank, Nedbank has been at the forefront of financing renewable-energy solutions that suite all agribusiness types – whether it is to provide power for the farmhouse and staff accommodation, to heat poultry houses or dry crops, to run irrigation and water systems, dairies (pasteurisation, condensation and cleaning processes), horticultural hothouses or wind tunnels, or to manage livestock ventilation heating, cooling and humidifying.

“The agri-sector has no choice but to prepare for farming under much drier conditions,” says Cobus de Bruyn, Nedbank agriculture divisional head in Mpumalanga.

“Since the country’s worst drought in decades in 2015, water stress has become the new normal for farmers, who also have to adjust to new challenges that become more and more difficult to navigate,” says De Bruyn.

Water, described as a critical economic enabler that is in crisis in South Africa for a multitude of reasons, was therefore also on the agenda at the Nation in Conversation dialogue at Nampo.

De Bruyn says, according to WWF-SA, less rain not only has an impact on dams and surface water, but also affects the extent to which groundwater is recharged. Along with rising temperatures and increasing evaporation, the implications of drought and climate change for long-term water security are also serious from a food security perspective.

“Water conservation is therefore crucial for the future wellbeing of the agri-sector,” says De Bruyn. 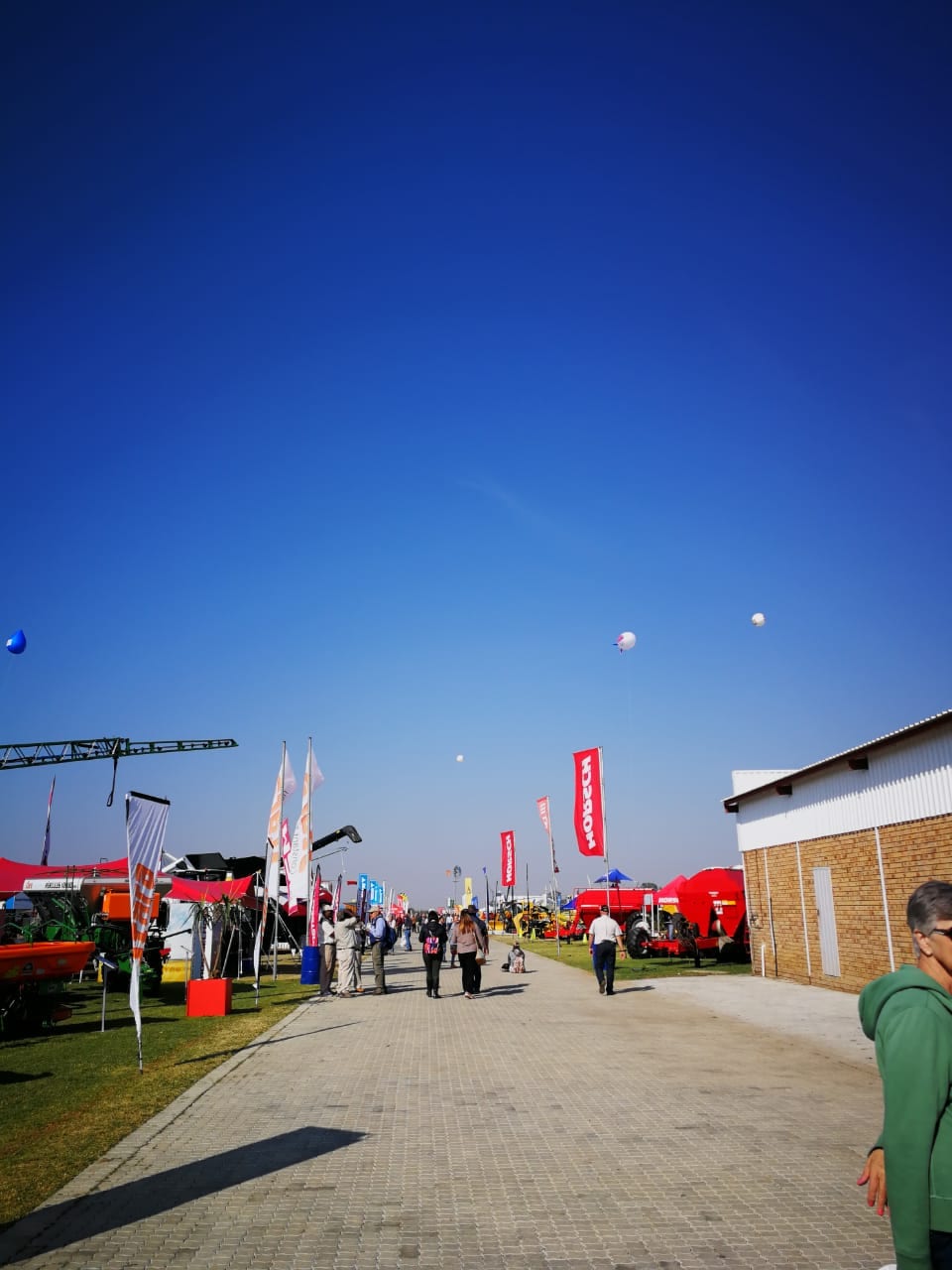