Nederburg: A tale of two industries 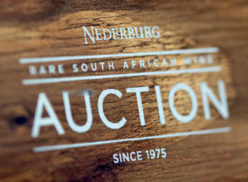 “It was the best of times, it was the worst of times …” The picture Michael Fridjhon paints of South Africa’s wine industry is reminiscent of the opening line in the Charles Dickens novel, A Tale of Two Cities. Can our two wine industries be reconciled?

Michael Fridjhon opened the 43rd Nederburg Auction by sharing an anecdote about opulence and misery. While attending a grand event at the celebrated Château d’Yquem in Sauternes, France, he was approached by one of the hosts. “You must excuse these slightly muted celebrations, but down there people are starving,” he said, gesturing towards the more humble Bordeaux vineyards below.

The story has a bearing on South Africa where there are two wine industries: The world of fine wine and the world of commercial or industrial wine, and they need to find common ground to survive increasing economic pressures.

But there are also two kinds of consumers. While some are filled with hope, others are in the depths of despair. Immersed in the extravagance of a large, well-orchestrated event such as the Nederburg Auction, it’s easy to forget the less glamorous side of the wine industry. Not just its everyday workers, but also the communities whose dire situation makes them vulnerable to the destructive merchandise peddled by unscrupulous “merchants of oblivion”, as Michael calls them.

There are no sacred cows at a time when every high-profile event in the industry has to justify its existence. The bigger or more exclusive the gathering, the more difficult the questions it seems to raise. Is it relevant? Does it have a future?

Michael points to the tireless work of Rosa Kruger. She’s seeking to link training programmes for social upliftment through her Old Vine Project and the certification criteria for wines. And the future of the auction – a national treasure focusing especially on rare wines and old vintages – seems somehow tied to her ambitious goal. Now in its 43rd year, the auction would more than qualify as an “old vine” if it were a vineyard, and as such would not simply be measured by its productivity or return on investment, but also by its long-term value to the industry as expressed in the quality of its wines and the skill required to unlock it.

The pursuit of perfection

Every year the Nederburg Auction becomes better and more refined. Producers and organisers apply years of accumulated experience to improve the quality of wines that make each lot irresistible to one of the most discerning audiences in the world. This year the auction’s format was changed: One day was devoted to tasting (including a tutored tasting by Roland Peens) and another to bidding.

This gave buyers the opportunity to personally engage with producers and get to know the wines more intimately. Auction manager Dalene Steyn ascribes the smaller number of entries received this year compared with last year to increased self-curation from producers and says it reflects the narrower focus on rare and improved wines which is intended to drive demand in return for higher prices.

Also new at this year’s auction was experienced Christie’s auctioneer David Elswood, who took the helm from Anthony Barne MW after sharing the podium with him last year, becoming only the fourth auctioneer in the auction’s history. His performance didn’t waver over a long day of uninterrupted bidding, drawn out because of the large number of single lots sold and greater activity from private buyers. His stamina, wit and knowledge kept the bidders engaged and provided a momentum that will surely be carried over to next year’s event.

Against this backdrop Distell CEO Richard Rushton’s gesture to match the R505 000 raised at the accompanying Charity Auction provided a fitting conclusion to the day’s events. It raised the sum collected for social transformation initiatives to a record R1.010 million. Richard’s gesture also has a special significance. It serves as an assurance of Distell’s commitment to a sustainable wine industry and a first measurable response to Michael’s challenge.

It’s easy to be cynical and much harder to initiate change. The Nederburg Auction brings South Africa’s wine industry together under one roof. Let it be a toast to the industry’s health and a celebration of its success.

The new compact format gave buyers an opportunity to taste the wines at their leisure and plan accordingly for the next day, Ken Forrester says. It evidently worked in his favour, judging by the performance of his prize Chenin Blanc, The FMC, which after some lively bidding fetched R11 000 for six 750 ml bottles.

A highlight of the day was three magnums of Meerlust Bordeaux Blend 1978 (the last known bottles) which were snapped up by an Angolan buyer for a record price of R35 000.

Michael Fridjhon’s appeal to the South African wine industry is to let go of the prejudice dividing its two halves, and his message was still reverberating well after the last lot was knocked down.

In A Tale of Two Cities, a wine shop in one of the poorer districts of Paris is at the centre of the French Revolution. The Nederburg Auction is no modest wine shop, but as the epitome of everything the wine industry hopes to achieve, it can’t afford to be merely symbolic of a new order. Reaping its substantial rewards comes with an obligation towards the people and communities who make everything possible.

The harvest the wine industry reaps from events such as the Nederburg Auction may depend on how it answers Michael’s call. Because once producers’ quest for their wines to fetch premium prices on the international market filters down to every worker in the vineyard, the cumulative effect will make the industry a force to be reckoned with. Michael believes the upliftment of vineyard workers will turn their daily chores into a labour of love. “Empowerment starts with education,” he says. “Social upliftment starts with education.”