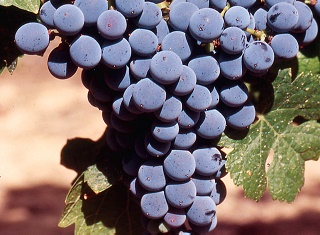 What’s your potential? What’s your style? No we’re not talking humans, we’re talking new clones and cultivars planted with the main aim to produce more flavour and intensity and lower yields. In short, quality vines perfect for the South African growing conditions.

At the recently held Vititec Grondves wine and grape tasting, some pioneering producers and vineyard consultants sipped and sniffed on Macabeu MX 1025, Vermentino WE 856, Arinarnoa AN1B, and Cabernet CS 412 among others.

This programme of introducing a wider range of cultivars and clones into the SA wine industry is in line with Vititec’s strategy of innovation and sustainable future farming. A total of 17 new varieties and 63 new clones were imported over the last eight years.

“Ongoing climate change affects the characteristics of the grape harvest in many wine regions. Depending on weather conditions and market needs, it is necessary to correct the composition of the grapes, grape must or wine, for organoleptically balanced products. Through this approach, Vititec provides the wine industry with internationally renowned grape varieties capable of producing exciting wines suitable for the changing market.”

According to Nico, some of these varieties, mainly from the Mediterranean area, can be the South African wine producers answer to adapt to climate change. So here’s to Macabeu, Vermentino, Marselan and Arinarnoa and the new Sauvignon Blanc, Grenache, Tempranillo and Cabernet clones!

Sauvignon Blanc vines surpassed Colombar mainly due to a decrease of 2.4 million Colombar vines compared to 2015. Chenin Blanc was still the most grafted grapevine, despite the decrease of 6 million vines in 2015 to about 3 million vines in 2016. Ramsey was the rootstock stalwart again, followed by Paulsen (P1103) and 143B for table grapes and raison vines. This was followed by R110 and US8-7 for wine grape varietals. No wine grape varietals was grafted on 143B in 2016.