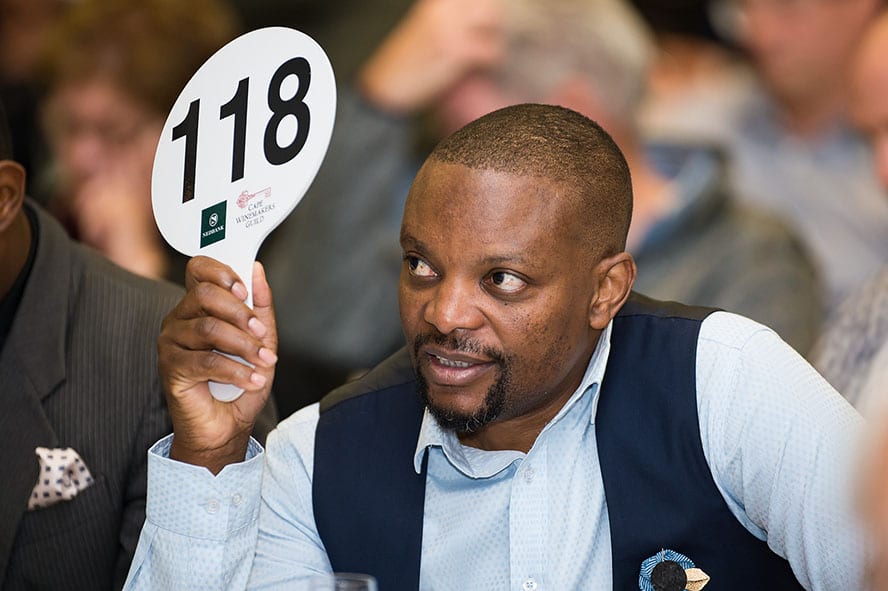 Strict selection criteria and a finely tuned line-up paid off at the 34th Nedbank Cape Winemakers Guild Auction held in the Stellenbosch winelands over the weekend with a higher than expected turnover exceeding R10,5 million and a new record price for red wine.

Total sales amounted to R10 593 760 this year with the average price per case at R5 265 and per bottle at R878 exceeding last year’s results. Bidding started at a rapid pace from the first lot, with Kanonkop CWG Paul Sauer 2015 setting a new record of R22 500, the highest price ever achieved for a case of six wines at the auction.

“We are very happy with the results of the 2018 auction.  The strict selection process by our members and our focus on smaller volumes of premium quality wines certainly paid off when considering the increased average price per bottle. Overall the auction offered exceptional value across the board which was good news for the large contingent of private buyers,” says Boela Gerber, Chairman of the Cape Winemakers Guild.

The hospitality industry was once again well represented amongst the top buyers with Singita, Tsogo Sun and Marble Restaurant snapping up just over R2 million worth of auction wines.

Auction buyers showed great generosity again this year, with the charity auction raising R115 500 in aid of the Guild’s Protégé Programme for the development of talented young winemakers and viticulturists. In addition, the silent auction of collectors’ wines raised R244 500 on the day.

The auction, conducted by Henré Hablutzel of Hofmeyr Mills Auctioneers for the 21st consecutive year, attracted a total of 123 buyers comprising 102 local and 21 foreign buyers. In total 2 012 cases (6 x 750ml equivalent) were sold.