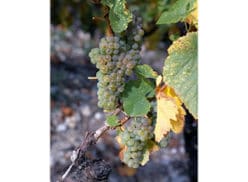 This study follows similar studies done by us on Chenin blanc and Pinotage. The aim of this study was therefore to determine the effect eight different non-Saccharomyces yeast strains had on MLF and Chardonnay flavour.

Wine production includes two important fermentation processes, i.e. alcoholic fermentation conducted by yeast, and malolactic fermentation (MLF) conducted by lactic acid bacteria (LAB)1. The yeasts drive alcoholic fermentation by converting sugar to alcohol, carbon dioxide and other secondary compounds that affect the aroma and taste of wine.1,2 Malolactic fermentation contributes to further flavour complexity and microbiological stability of the wine, as well as the reduction of total acidity. During MLF, l-malic acid is decarboxylated to l-lactic acid and CO2. White wines do not usually undergo MLF, but it is desired in the production of certain full-bodied white wines.3,4

Eight non-Saccharomyces yeast strains (one Candida zemplinina, two Lachancea thermotolerans, one Metschnikowia pulcherrima, one Hanseniaspora uvarum and three Torulaspora delbrueckii) were used in mixed fermentations with one S. cerevisiae wine strain. Yeast strains were commercially available cultures or were obtained from the ARC Infruitec-Nietvoorbij microorganism culture collection. Yeast treatments without malolactic fermentation (MLF) and in combination with simultaneous MLF were investigated. A commercial lactic acid bacterium culture was used to induce simultaneous MLF. In total 18 treatments were evaluated in triplicate, and the Chardonnay wines produced with S. cerevisiae with or without MLF, served as the reference treatments. A standardised small-scale winemaking protocol was followed at an ambient temperature of 15°C. After completion of MLF, wines were bottled and subjected to descriptive sensory evaluations four months later.

All the Chardonnay wines fermented to dryness within 14 days. None of the treatments produced excessive volatile acidity levels, but wines having undergone MLF contained slightly higher levels. Ethanol levels were lower (0.1 to 0.7% v/v) in the wines produced with non-Saccharomyces yeasts in combination with S. cerevisiae than in wines fermented with S. cerevisiae only. With one exception, all the treatments completed simultaneous MLF successfully and in most cases in less than 18 days. The exception was the wine produced with the non-commercial L. thermotolerans strain that took 54 days to complete MLF. It was clear that this yeast strain had a negative interaction with the selected MLF culture.

The authors wish to thank Winetech and the ARC for financial support, the Post-harvest and Wine Technology Division at ARC Infruitec-Nietvoorbij for the use of their facilities, as well as the Microbiology team for technical assistance.