NOT BUSINESS AS USUAL 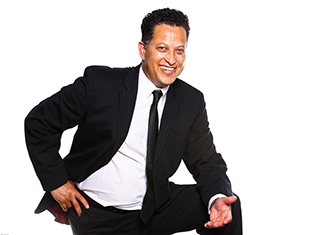 The aim of the Western Cape Liquor Authority (WCLA) is to help transform the Western Cape liquor industry by educating new licence holders, promoting the responsible use of liquor and maximising the benefits of the industry for the province and its people.

Central to these functions is chairperson Michael Jones who manages the activities of the WCLA – not an easy task when you’re confronted by various parties, each with their own demands, and you need to action progress. “The biggest challenge I face is to manage the various expectations of members, the CEO and all stakeholders and reconcile these expectations,” he says. “Finding commonality of purpose is key to reaching consensus and progressing resolutions.”

One of the things Michael enjoys most about his role at the WCLA is engaging with passionate individuals. But creating high levels of participation is not an easy task, even more so when negative perceptions about your organisation abound. To counter these the WCLA has launched various initiatives to get people actively talking.

“We’ve managed to find common ground for inclusivity, allowing the WCLA to leverage information, resources and knowledge,” he says. “We’ve engaged with stake­holders, including liquor consultants, communities and the industry at large, to provide clarity and help where necessary.”

Delivering on expectations with an immediate, appropriate and satisfactory response is always a challenge, Michael says. And with the highs, come the lows. For Michael these are the frustrations presented by bureaucratic lethargy but he’s working hard to help eliminate these through legislative changes.

“In an effort to be the best authority in the world, we strive for what is possible and what is reasonably deliverable with our limited resources,” he says. “With this in mind, we look to refine all aspects of the business and operational model – structure, legislative amendments, policy inputs and recommendations, costing analysis and operational efficiencies.

“A pilot project to establish satellite centres to service the broader Western Cape will be launched. The WCLA has initiated an integrated operational plan for the 2016/2017 period that makes provision for peace officers as required by the April amendments to the Liquor Act of 2008. This affords us the prospect for better regulation of both legal and illegal spaces.

Describe a day in the life of Michael Jones.

I manage the activities of the board. I aim to provide guidance but mostly to create an environment to build relationships and allow board members to actively participate and apply their skills, experience and knowledge. Besides having a fiduciary duty to ensure good governance, my responsibility is also to provide leadership and act as the liaison person between the board, CEO and stakeholders. The board ensures strategy is put into action and that the business of the WCLA is well managed.

How were you appointed to this position?

Sometimes you don’t find opportunities, they find you.
A friend thought I could add value to the WCLA and nominated me as chairperson. After due process, I was selected as a board member and then appointed by minister of economic opportunities Allan Winde as board chair. When good things happen to me, I don’t question but accept it as a blessing.

How can the liquor industry be part of the National Development Plan (NDP) and enable growth in the economy?

We play a role in ensuring the socioeconomic and political legacies of the past can in some way be addressed, influenced and rectified. We have to find ways to work with the industry so we can transform it and our communities and grow the economy of the Western Cape and South Africa as a whole.

The amount of red tape to acquire a temporary liquor licence is a major stumbling block to move the economy forward. What are your views on this?

The red tape is largely as a result of amendments to the Liquor Act of 2008 that have been pending for at least three years. I believe these will only be enacted in the 2017 financial year, but they will capacitate the Liquor Licensing Tribunal and free the decision-making process.

How does Project Khulisa affect the role of the wine industry in the Western Cape economy?

Cape 17% of household income is generated by the wine industry, which is only slightly above the average of 16% for the economy as a whole.

What are the key differences between the National Liquor Act and the recently proposed amendments to the Western Cape Provincial Liquor Act?

The WCLA’s mandate is to regulate the retail sale and micro manufacturing of liquor in the Western Cape. The National Liquor Authority regulates the distribution and macro manufacturing of liquor in South Africa. The amendments to the National Liquor Act and Western Cape Alcohol-Related Harms Reduction Policy Green Paper are similar as they highlight the same issues and solutions and are fairly similar to those in the Draft Western Cape Liquor Amendment Bill.

The policy focuses on the Western Cape and through its problem statement argues that due to the risks and harms to people and communities caused by high levels of abuse generally, and specifically among school-going youth, there’s a need for an alcohol-related harms reduction approach in the province.

The chapters in the policy include pricing and the economy; unlicensed liquor outlets and the illicit liquor trade; enforcement; alcohol and the road environment; health and social services; community-based action; education and awareness; information, data collection, monitoring and evaluation; and institutional arrangements.

Do you believe the proposed changes to the Western Cape liquor laws will be more successful in clamping down on irresponsible drinking patterns than previous legislation?

Yes, but this depends largely on enforcement through joint operations between the various law enforcement agencies, and other departments in an integrated approach. Integrated approach is key and is the theme and intention of the Green Paper. From the WCLA position this has been initiated will all the relevant role players.

We have to remember that this Act of 2008 has only had the opportunity to be implemented in 2012 by the WCLA, hence as we work with it we will continuously assess it in an effort to alignit with our mandate, operational requirements within context of our stakeholders as well as the National norms and standards as prescribed by the DTI.

Upping the drinking age from 18 to 21 will not only have a major impact on wine consumption, but also on the South African Police Service and liquor officers. How will the new legislation be enforced?

This question relates to the norms and standards that is set by DT hence this is a National government competency, but the concerns are noted and relevant. We have to be aware of the unintended consequences. Our mandate has been primarily to regulate the legal space, but with the April 2015 regulation bringing peace officers into the regulatory space, we’ll have to carefully think about our approach to manage this potential demand. We’ll also deliver our comment on this matter in the Green Paper.

What will make your role as part of law enforcement easier?

Clear norms and standards are always helpful as a guideline. But it’s preferable that they be absorbed into legislation with sanctions for non-compliance.

Do you have a specific modus operandi to deal with illegal trade?

With our limited resources of seven inspectors we’re concentrating on licence holders. However we encourage the public to report illegal trade and manufacturing and we report such activities to the Provincial Liquor Control Office at the South African Police Service, which has a unit that deals with illegal liquor trading. Our inspectors were recently appointed as peace officers and the plan is that they will also enforce legislation to prevent the illegal trading and manufacturing of liquor.

If the drinking age is changed to 21 are you ready to deal with an element that might go underground and
start experiencing with serious drugs?

While not within our mandate as it’s part of national government’s responsibility, we’ll comment on this as part of the Green Paper public participation. There’s a concern about the impact the change will have on us as an authority and certain stakeholders as it will naturally shift many people between 18 and 21 from the legal into the illegal age of consuming alcohol. It will also place a burden on retailers of alcoholic products to manage this.

Proposed changes to the National Liquor Act include to: