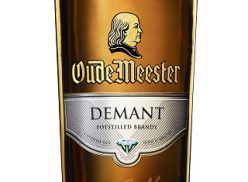 South African brandies did South Africa proud at the 2017 World Drinks Awards, claiming gold medals as well as the ultimate title of World’s Best Brandy for the Oude Meester Demant. This is the second consecutive year that a South African Brandy has defended its claim for producing the world’s best brandy – Klipdrift Premuim walked away with top honours in 2016. Oude Meester also took the award for best extra old brandy with their 12 year old Reserve. An extra old brandy is one that is aged ten years or older.

“With an ideal climate and a history of brandy production stretching back over 300 hundred years, it comes as no surprise that South Africa is widely regarded among the world’s best brandy producing countries,” says Distell Brandy Ambassador, Nick Holdcroft.