From the outside in: Sam Timberg on how South Africa should approach the US market 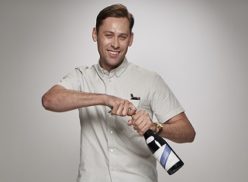 As South African wine is slowly stepping out of the shadows, the US is sitting up and taking note. According to Wines of South Africa (Wosa), the United States are currently South Africa’s 5th biggest wine export market and a notoriously difficult and noisy market to break into. When you do get your break, keeping your foothold in the market while staying relevant is enough to deflate the most optimistic among us. To read a market, statistics and economics are great, but to know a market, we need to step into the shoes and heads of our international consumers.  We see South Africa from a South African point of view – it’s tainted by what we believe ourselves to be. To see our wines and brand in an American context, I decided to speak with Sam Timberg, Vice President of Sales and Managing Director of Meridian Prime.

Timburg is an old hand in the wine industry. He a fine wine importer with a focus on South African wines and is tuned in to both markets, making him my go-to guy when it comes to discussing South African wine in the US milieu. Born and raised in the US, Sam became interested in South African wines after visiting Stellenbosch in 2005. He graduated from Middlebury College, Vermont, in 2007 and started in the wine industry as a salesperson at Sherry Lehmann, a wine shop in New York City. Sam remained focused on the wines of South Africa and after a year at Sherry Lehmann, he joined wine importer Cape Classics as the Manhattan and Long Island Regional Sales Manager. Five years later he moved to Meridian Prime where he works alongside founder and CEO Ross Toombs to expertly curate the portfolio and build the sales team from the ground up. I caught up with Sam to chat South African wines in the States, seen from the outside in.

Does US wine consumers differ from other consumers around the world?

The United States wine market is extraordinarily diverse. Consumers living in New York City have access to all the world’s great wines. But consumers in smaller cities and rural areas are more likely to have choices limited to Californian wine and very traditional old-world selections. Overall, I think experimentation defines the American wine drinker, people will try anything once, but if they are underwhelmed getting them back can be difficult. This is crucial, and the inconsistency seen historically in South African wine has taken time to recover from. But South Africa have made massive strides in the last decade and especially in the past five years.

How can we get the US market and consumers to take South African wines seriously?

South African wine is taken seriously in the US market, but understanding the US market is what sets producers apart. Anyone can sell one vintage in the USA (with a good importer of course), but becoming an established brand takes dedication. Market visits by winemakers (not exclusively marketers) and social media presence among influencers is a suitable place to start. I’m also a big advocate of being in the correct market – so put your time and effort into New York State and Massachusetts rather than trying to be everywhere. This focus is crucial. It’s very important to remember that the SA government does not have as large a budget as many other wine producing countries and South Africa is often outspent to a laughable degree.

We entered into the international market way too low post-Apartheid. How can South Africa unlock value as a global wine producer and sell wine more profitably in the US market?

Simple, charge more for the wine. It sounds like I’m being glib, but Americans are just as happy to purchase wine at $12 as they are at $10 and at $16 as $12. If the quality and packaging is there, a slow but concerted effort to raise prices to ensure stability of the farms and grape prices in South Africa is a good plan. Also, South African wine is doing a good job shedding the cheap and cheerful moniker – as more great producers are looked at as world class producers’ prices that Americans are willing to pay will go up and up.

How would you organise a highly fragmented wine industry such as South Africa?

I have absolutely no idea! But one thing I’ve seen recently that I’m excited to see is more and more collaboration and more exploration of style, packaging, and terroir. Understanding the terroir is still something that needs to be stressed.

Does our current politics (unstable government, corruption, the recent documentary on bad practices on certain wine farms) influence US consumer perceptions of the SA wine industry?

Considering the enormous competition in the international wine industry, especially the export market, how do you suggest South Africa survive in the US?

Focus on quality, quality and quality. The United States has a massive domestic wine industry and we have loads of cheap wine. South Africa can set itself apart by celebrating the diversity of terroir, regionality, and style. Many people say they are concerned that it is difficult to get to know South African wine because it is so diverse and I couldn’t argue the opposite more. South African wine thrives when they showcase diversity. It takes longer to establish a region this way, but it is much more sustainable long term.

We are making exceptional wines now; do you think that it is better to market the wine as a region (e.g. Swartland or Hemel-en-Aarde Valley) or as Brand SA?

Currently, I think it‘s an uphill battle for many casual wine drinkers to understand regionality, so for the time being I think marketing South Africa as a wonderful wine destination for all styles of wine is the best approach. I hope that changes, but that’s my answer for now.

How should South Africa approach US consumer education on our wines?

Americans are eager to learn, but may know very little about South Africa and its geography. I would start with some history – Americans love learning how old the South African wine industry is and everything that has brought us to where we are today. I would then move to geography and then get the wines in people’s glasses – that’s the fastest way to convert new fans!

What will be the main trend that will shape the US wine industry for 2018?

Hard to say – everything points to bubbles (Prosecco, Cava and Champagne) continuing to thrive. Same can be said for Rosé. I think the more interesting trend will be as millennials start drinking more and more expensive wine. Millennials are a massive force and they are well travelled – if South Africa thrives in the USA it will be because of millennials.

What would you consider South Africa’s strengths and weaknesses?

Weaknesses are a history of inconsistent winemaking, too much reliance on Pinotage early on in the US market and producers that want to be overnight successes in the US. It takes time to get it right in the USA and patience is rewarded. There are so many strengths! Exciting experimental and tiny production wines, young winemakers making incredible wines (very exciting for the future), new regions being explored and my sincere belief that the best wines South Africa will produce are 5 to 15 years out. The US is starting to get wind of what’s going on in SA and if we can keep moving upward South Africa and the amazing wines will get there. That, and stunning natural beauty. The more Americans that visit SA, the better.

Any standout producers from South Africa that you like?

Too many to name, but a few that I’m really excited about right now are:
Any wines Nico Grobler makes – the young winemaker from Eikendal is a rising star! Any wines Reenen Borman makes – whether at his family’s Boschkloof farm or his small production wines like Sons of Sugarland or Patatsfontein. Richard Kershaw is a legend in the making and the gent that took over from Rich at Mulderbosch, Adam Mason is making some insane new wines under the Raised by Wolves label. Gunter Schultz at the stunning Tamboerskloof Winery is making gorgeous, highly rated wines, and having recently barrel sampled with him, this is just the start!

Where does SA fit into the US market?

The interesting thing about South African wine is that it is such a small part of the US market – about 1.5 to 2% last time I saw. If we can push that to 4 or 5% we will be in a much better place so rather than competing with each other, let’s band together and slowly take a bit of shelf space from Australia and New Zealand! A rising sea lifts all ships and there is so much excellent South African wine in out there we should take care of our neighbours.