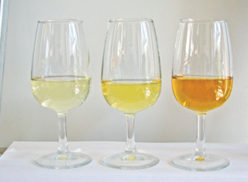 The first spontaneous reaction of winemakers, when air or oxygen during winemaking is discussed or mentioned, is its negative association with the oxidation or browning of wines. The correct oxygen control can, however, have various advantages and contribute positively to wine characteristics.

An analysis of faulty wines at the well-known International Wine Challenge in London showed that oxidation or reduction are the two most important sources of faults, which occurred the most in wines. It is the extremes of oxygen exposure, either too much or too little. The controlled exposure to oxygen can, however, prevent both problems. The following six ways of controlled oxygen exposure exist during winemaking:

The monitoring of a micro oxygenation process (MOX) is usually done sensorially, because well-managed MOX does not lead to an increase of dissolved oxygen (DO) and DO-analysis is consequently not a good indicator. If an aldehyde character is observed in the processed wine, the MOX-dosage must be decreased and if reductive flavours are observed, the dosage must be increased.

The reductive status of wines can be increased by phenolic reactivity, aerobic micro-organisms like Acetobacter, yeast lees contact, minerality and certain cultivars.

The oxygen reactivity of wines can be determined by means of redox measurement, total oxygen uptake capacity or oxygen requirement. The latter is a new method, which determines the decrease of the DO-concentration in an oxygen saturated wine in a closed container. At constant temperature the rate of decrease is nearly linear. The addition of sulphur dioxide to the wine inhibits the potential oxygen absorption into the wine considerably.

Correct oxygen management which goes together with the applicable analysis is, like volatile acidity removal by means of reverse osmosis, a new technology, which can be used beneficially (Smith, 2017). 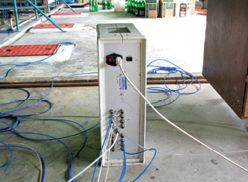