America may be the world’s biggest wine market, but breaking into this market is notoriously difficult and requires high levels of competitiveness and financial input. This can be ascribed to a complex set of dynamics in which the so-called three-tier system plays a prominent role. 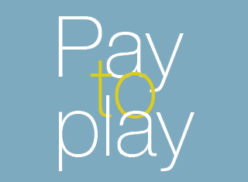 A multilevel sales system has governed the US alcoholic beverage market since 1933. The so-called three-tier system was designed to prevent a monopoly or limited number of big role players from dominating the sale of alcohol, thus limiting consumer choice. It also aims to control alcohol abuse with mark-ups on every level to increase the price of alcoholic beverages.

The three tiers that make up the system are:

and retailers and restaurants.

Regulations stipulate that to sell alcoholic beverages in the US you have to stick to the three-tier system. But the nature of the system, legislation and import tariffs vary from state to state. There are also some exceptions to the rule. For instance, some states operate part of or the entire second and third tiers on their own or with the help of contractors.

“Provided you have big enough volumes, it’s possible to become a supplier on a state-by-state basis,” says Cape Classics chairperson and CEO André Shearer, a South African who has been operating as a New York-based importer since 1992. “I tried it for a wine producer from Tulbagh, but it turned out to be too cumbersome. As a result you’re actually bound to operate with a national importer following the three-tier-system.”

Unlike the UK and EU where they tell you in which price category you have to pitch your wines, the advantage of the US market is that it’s not controlled by five or six big buyers, DGB international director Greg Guy says.

However, some local producers, especially those who have recently started exporting to America, still find the three-tier system too long-winded, complex and even overwhelming. Greg agrees it’s especially tricky for smaller wine producers or exporters to America to find the right importer. “Bigger importers don’t want you and smaller importers don’t have real leveraging power with distributors.”

José Condé, a partner in Man Family Wines and director at Stark Condé, says there are some advantages to the three-tier system. “It creates an equal platform for all importing companies and unlike for the UK you don’t have to negotiate prices with big retailers and restaurants.”

He offers the following advice to prospective wine exporters to America:

Instead of impulsively appointing the wrong people, rather spend time searching for a combination of the right importer and distributor(s) to match your long-term goals.

Your importer must have a good relationship with the right kind of distributors.

Because the US market is so competitive, you must have a regular presence there or someone else will take your place.

What makes the US market so challenging?

Prospective wine exporters to America should go beyond trying to get to grips with the three-tier system, something that’s not always easily understood, says André. “Wine exports to the US constitute much more than the three-tier system, which has been experiencing its own challenges.” Other factors that need to be considered are modern technology, shipping rights, online sales including making use of Amazon.com, and certain Californian wineries trying to circumvent the complexities of the three-tier system.

Probably the most problematic factor for local producers is the fact that South African wines represent less than 1% of the American market, José says. André calls it “the general invisibility of Brand SA in the US”.

Greg says South African wines don’t have an image problem in America. “Our wines have neither a good nor a bad image because in general there’s a total lack of awareness of Brand SA in the US.”

José says he also looked for a silver bullet, but it was a catch-22 because the SA wine industry doesn’t have a meaningful presence in America. “And it’s not going to grow until importers and distributors can make money from us.”

André agrees it should be a viable option for US importers to represent local producers who can each offer a limited selection of good wines.

What do US consumers want?

Wine sales in America are driven by a combination of factors including desirable or popular regional image, brand, wine style and cultivar such as Californian Cabernet Sauvignon, Argentinian Malbec and Australian Shiraz, André says. Price also plays a role, although American wine consumers are less price-sensitive than their counterparts.

“It’s a strong growth market with loads of savvy young wine drinkers and female sommeliers. Although our top end is on par with many of the world’s best and the local industry makes a respected style of wine in general, nothing from South Africa currently stands out. Chenin Blanc could become a real flagship, but it requires millions to be spent on collective marketing. You have to pay to play in this market. My biggest frustration is a lack of collaborative spirit from South Africa, including government and across industries.”

There are definite opportunities among younger Americans who show an interest in South African Pinotage, Greg says, adding, “It could be quite an easy sell.”

Seven Sisters CEO Vivian Kleynhans has been exporting wine to America since 2007. She says loads of road shows with food and wine pairings at restaurants and hotels have helped to create a following for the brand. “We’ve done a great deal of research and got to grips with the three-tier system and the market in general to a certain extent. The segments we target are the millennials, young professionals and African Americans. They’re a conscious-buying nation and as a black-owned women winery we get a lot of support from them.”

When it comes to deciding on a price at which to pitch your wines, Greg says there are opportunities in all price categories, but the trick is not to make them too cheap. In fact try to pitch as high as possible, he says. “But remember, while you can try any price, it’s not to say you’ll get it.”

André says breaking into the $5-10 category is difficult for SA producers. “Provided you’ve got sufficient volumes it’s better to pitch yourself in the $10-15 category which has more latitude for quality. The $15-20 retail category is good, while it becomes tough above $20. The US market is not as price-sensitive as many other export markets, so consumers are prepared to spend more on wine. And because it’s more expensive, there’s also more room to cut prices during sales.”

On a positive note, José generally finds the US market to be receptive to new products. He and André both say local producers should go all out to over-deliver on quality and service.

“There’s very little margin for error and you have to pursue your goals doggedly,” André adds.