The Pinotage market is booming. At 24 million litres a year and counting, it’s one of the South African wine industry’s fairy-tale success stories and the good times seem unlikely to end any time soon. 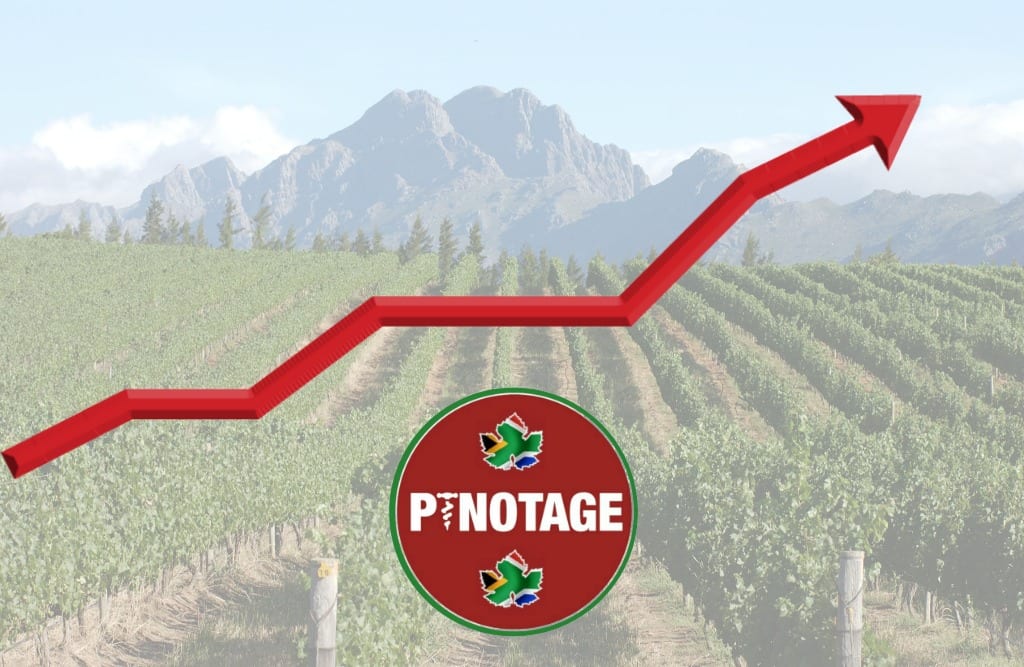 Of the top 10 most-planted wine grape varieties in the country, Pinotage is the only red cultivar to have grown in hectares over the past 10 years. This is according to the latest statistics published by SA Wine Industry Information & Systems (SAWIS).

From around 3 million litres of Pinotage a year at the turn of the century, domestic sales have increased to over 5 million litres, and exports since 2001 have gone from just over 8 million litres a year to close on 19 million litres – contributing an estimated R495 million to the local economy in 2017.

Pinotage sales in South Africa’s two biggest export markets, the UK and Germany, have grown from 3.5m and 0.8m litres in 2001 to over 5m and 5.4m litres respectively , with 2017 sales to China and Russia (2.6m and 1.5m litres) now greater than those to other standout markets including Sweden, the USA, France and Denmark.

Pinotage has been a talking point in the context of Wine SA’s trump cards since the first commercial release of the Pinot Noir /Cinsaut cross under a Lanzerac label in 1961. However, the improved quality and appeal of the variety has been particularly noteworthy over the past 10 years. In 2017, for example, Pinotage weighed heavily in favour of Kanonkop cellarmaster Abrie Beeslaar being named Winemaker of the Year at the prestigious International Wine & Spirit Competition in London, and not for the first time.

Kanonkop’s iconic Black Label Pinotage 2013 from special grapes grown on the Simonsberg in Stellenbosch was a big success at IWSC 2017. And a year later, at one of South Africa’s premier wine competitions, the Old Mutual Trophy Wine Show, a batch of the 2017 vintage of Arabella Pinotage from Ashton in the Robertson Wine Valley impressed the judges to the extent that it was lauded as Discovery of the Show. Incredibly, this best-value gold medallist is/was available from the cellar door at just R50 a bottle.

No doubt the research, marketing and knowledge transfer efforts by the Pinotage Association and its stakeholders are among the key factors in a remarkable decade for Pinotage. In addition, the financial support of Association sponsor Absa over the past 20 years cannot be understated in considering the growth and positioning of Pinotage as one of the South African wine industry’s calling cards around the globe.