Plans to eradicate pollution in the Berg River

While the pollution rate is the Berg River is of grave concern for exporters, there are those committed to restoring the river back to pristine condition, writes Anton Pretorius 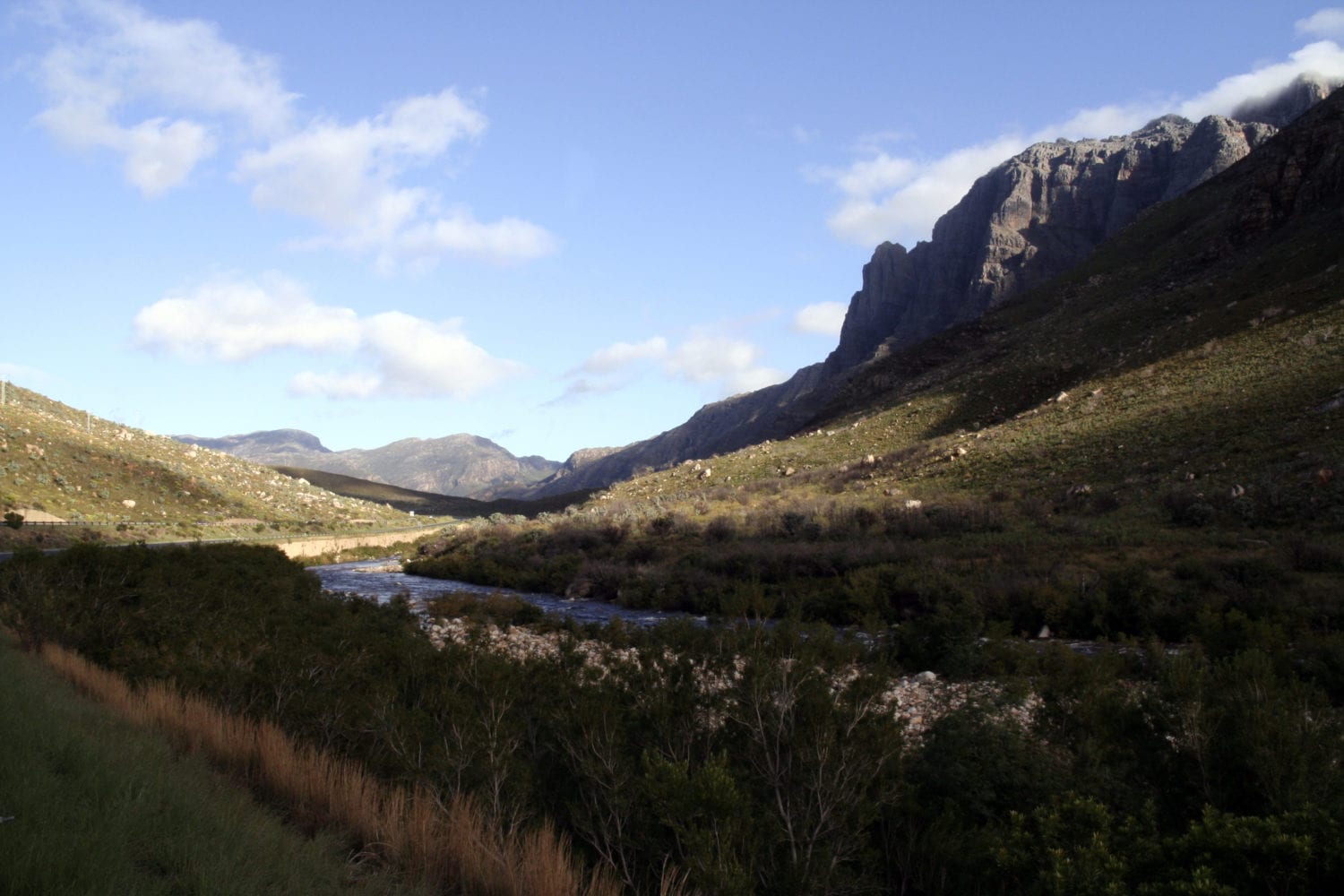 The current contamination of the Berg River, a valuable source of agricultural irrigation and drinking water in the Western Cape, is threatening the future of farms in the region.

It has been previously reported that the water quality of the Berg River is way below the standards of the European Union (EU) where much of our fresh produce is exported to.

If the water quality of the river continues to deteriorate, South African farmers could face the very real danger of having their exports red-carded.

Given the fact that nearly 4 700 km² of the Berg River catchment area is dedicated to the irrigation of various fruit (and grape) producing operations, a ban of this nature could have a devastating effect on the Western Cape agricultural sector, which is responsible for approximately 55% of the country’s agricultural exports.

According to Francis Steyn from the provincial Department of Agriculture, there is about 22 500 ha of irrigated crops on about 600 farms along the banks of the Berg River, which contribute to earnings of more than R2 billion a year. Of this, about R1.5 billion are from exports.

More than 15 000 people are permanently employed in agriculture and agri-processing in the region, and up to 20 000 have temporary jobs. The Berg River also supplies the bulk of Cape Town’s drinking water.

“Pollution in the Berg River catchment is a cause of great concern especially to communities, farmers and industry in the various municipalities of the West Coast and Cape Winelands regions,” the Western Cape government said.

According to University of Cape Town’s faculty of humanities, the multiple drivers of water quality degradation include point and non-point source pollution from urban settlements, wastewater treatment works and agricultural runoff. The presence of invasive plant and fish species has also become problematic within the river system.

Fruit farmers who export to the EU run regular tests of their irrigation water to comply with EU standards. Because the Berg River is so contaminated, farmers are installing massive filtration systems on their farms. 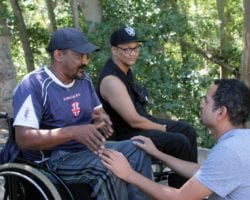 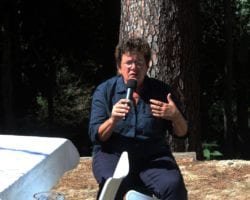 Professor Cate Brown from the University of the Western Cape (UWC) and international expert on river rejuvenation. 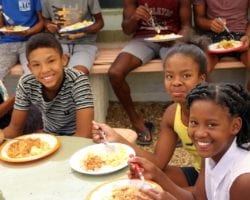 Learners were inducted and introduced to the new environment and destructive elements threatening the Berg River. 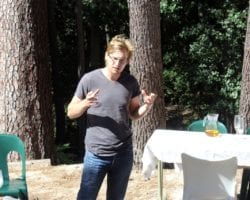 A group of environmentalists, farmers and businessmen gathered at La Brie Olive Estate in Franschhoek.

A group of environmentalists, farmers and businessmen recently gathered at La Brie Olive Estate in Franschhoek, by invite of advocate Charles Frank, a volunteer at the Cape Winelands Biosphere Reserve (CWBR), and Mark Heinstein, CEO of this UNESCO-proclaimed agency.

Together, Frank and Heinstein, including various other stakeholders, established the Berg River Transformation Project. This includes a grouping called ‘Business for the Berg River’ and consist of businessmen and women who operate on the banks of the Berg River, and who are directly influenced by the ecological status of the river.

During the meeting, the discussion turned to one sole subject – saving the Berg River.

Professor Cate Brown from the University of the Western Cape (UWC) and international expert on river rejuvenation, explained the science (and dangers) behind pollution in all its various forms. This was followed by presentations from representatives from the Cape Winelands District and Stellenbosch municipalities. The news wasn’t particularly good. A lack of proper funding and ‘silo syndrome’ was singled out as the biggest barriers.

Leon Lourens, project manager at the Stellenbosch municipality, stated that if radical changes aren’t made, a dry desert landscape awaits the Boland area. “Within a period of fifty years, Franschhoek and Paarl will turn into Namakwaland.”

Glen Grier from Berg River Breweries pointed to the radical series of ecosystem collapses he has personally witnessed as a businessman operating on the banks of the Berg River.

In order to address the growing concern of pollution in the Berg River, the Berg River Transformation Project aims to establish an interactive, inclusive and evolving communication and action conduit whereby the rejuvenation of the Berg River to previous pristine condition can be supported.

This entails not only transformation from current ecological polluted state to previously pristine condition but it also addresses social economic transformation in the development of communities along the banks of the Berg River in skills training and employment creation programmes.

The CWBR will work with one of the implementation agencies of the Presidential Job Creation Programme – the YES programme – as well as the Department of Trade and Industry and BEE Skills Solutions (Pty) Ltd to compile a carefully worked-out skills implementation strategy with a company called NU Water. Its main core of business is water purification.

Through the programme, forty-five disabled learners from the Cape Flats and surrounding areas were tested to determine whether they would make ideal candidates for a project management learnership programme with the help of Epilepsy South Africa.

During the meeting, the first group of disabled learners were inducted and introduced to the new environment and destructive elements threatening the Berg River. Working closely with the CWBR, the learners shall be introduced as project managers.

“At this stage, no-one is seeing an end to the programme as its progress will ultimately depend on Mother Nature, who is known for taking her time with such things,” says Bevan Thomas, lead tour guide at CWBR.

Frank concludes, “There is light at the end of the tunnel. At present, we still have a strong and beautiful river worth saving, including all that lives in and on its banks. If everyone is willing to pull together, in the same direction, we can still save it.”