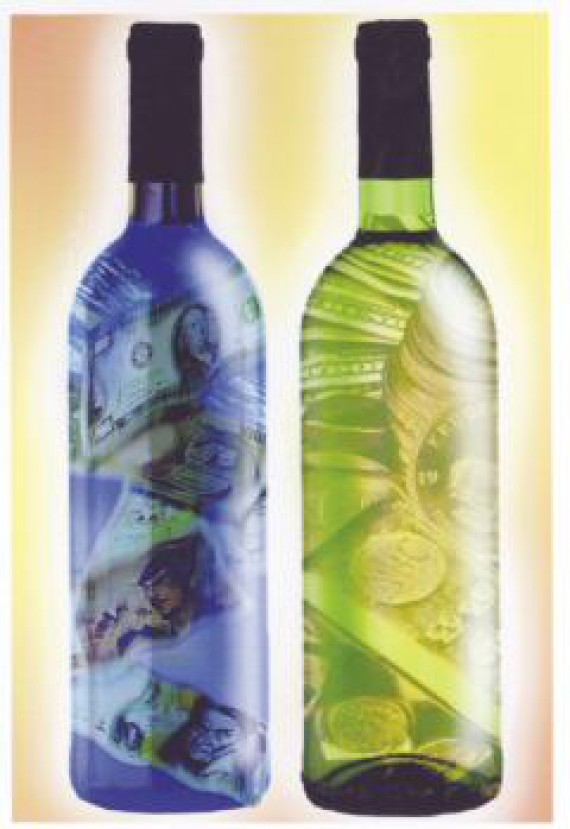 Getting your label known in the dog-eat-dog world of sales often requires costly bare-knuckled gambling. Love them or hate them, wine competitions are here to stay, writes LEONIE JOUBERT.

Every winery wants a big break … and that’s what happened when the maiden De Toren Fusion V 1999 passed under the nose of Robert Parker. So taken was the leading American critic that he gave it 90 points out of 100 – the first maiden release ever to achieve this feat. Literally overnight De Toren emerged from the fog of unknowns to become one of the most desired wines in the Cape.

Similarly, Kaapzicht shot to prominence when its maiden Steytler Pinotage 1998 won a specialist Pinotage competition and took several medals and high ratings on the tasting circuit. The Steytler wine brought sophisticated wine drinkers to the previously unknown cellar door where they cherry picked their way through Kaapzicht’s entire portfolio. One successful wine spilled over into a total market presence.

Few will forget Boland Kelder’s coup at the 2001 International Wine and Spirit Competition (IWSC) when it walked away with the trophies for the best Cabernet and Shiraz, a few lesser medals and the award for Best South African producer. Moreover, the sum of the parts secured senior cellar master Altus le Roux the Robert Mondavi Trophy for the International Winemaker of the Year. The cellar is still trading on that success.

There are plenty of Cinderella stories out there, tales of star-studded wins. But there are many more of aspirant wines that did not make it. Given the large number of competitions out there – and the handsome entry fees – working competitions in search of the big break is a gamble. Yet, entries across the board appear to be on the up year after year.

Since 2002, when Wineland last ran a feature on the cost of wine competitions, some events have upped the entry fees by R20 – R100. Others have kept their fees steady.

Let’s do a hypothetical: we’ll enter a good red blend and an unwooded white into Veritas, the Fairbairn Capital Trophy Wine Show, Michelangelo International Wine Awards and South African Airways Wine List Selection. That’s R3 452 in fees for two entries. Then there are at least 40 bottles of wine required for judging purposes. Let’s peg the value of the red at R50 per bottle, the white at R35 – bringing the figure to R1 700 worth of wine given to the competitions. Most require many times more than that for promotional tastings and few competitions offer to pay for the stock.

There’s the cost of travelling to the award ceremonies. Most happen in the Cape, which only require transport costs and possibly hotel accommodation. Those in Gauteng come with air travel costs.

You get the picture: it’s pricey keeping a presence in the competition arena.

Danie Steytler of Kaapzicht says he spends tens of thousands of rands each year on entering his wines into competitions and shows in South Africa and abroad. The three events he regards as big players on the international circuit are the IWSC, UK Wine Competition and Concours Mondial de Bruxelles. It costs €130, €120 and €135 respectively per entry to these events, plus the significant cost of sending wines abroad by courier.

Wines of South Africa (WOSA) communications manager André Morgenthal says local competitions don’t mean much in the international market. The only competition which WOSA has found to significantly impact on how wines move on the UK supermarket shelves is the IWSC. Foreign buyers don’t know what Veritas or Michelangelo are and are unlikely to be swayed by the presence of a medal sticker.

Locally a gold medal or the associated marketing spin of a trophy will move stock but many winemakers don’t even bother to use bronze medal stickers on their wines. It’s even debatable if a silver holds any sway over consumers. It’s probably gold or nothing.

A brief survey indicated that Veritas, despite the criticism often levelled at it, remains one of the places to be each year. It’s the one competition which reveals the overall trend in the industry. The Trophy Wine Show also received mention because of its prestige. Michelangelo seems to have a good reputation. Naturally Wine magazine brings valuable media coverage to its competition winners, however this readership is niche and small.

Wine competitions come with their own burden of criticism. Many question the experience of South African judges. They argue that some do not have enough exposure outside of South African wines or, where winemakers judge, their experience is limited to their own cellar door. One critic questioned the ability of judges to taste more than 50 wines accurately in a day.

There’s also the ongoing problem of massive showstopper wines overwhelming the more subtle, subdued, but no less classy wines. Iona’s Andrew Gun points out that so much of a wine’s performance in a competition is dependent on luck – your wine could be the first in an early morning line-up when the judge still has a lingering taste of toothpaste in her mouth; or at the end when all the whites have warmed too much. A refined little cool-climate number could be squashed in between two massive warm-climate wines. There is often so much discrepancy in the performance of a single wine between competitions that it does throw the validity of the process into question.

Because of the scope and price of wine competitions these days, playing the circuit needs to be smart and strategic. Like a series of precision strikes rather than firing wildly from the hip.

Cowley, Nel & Associates’ Jeremy Nel represents several high profile wineries. He says that for a niche cellar such as De Toren, which specialises in a single boutique label, when deciding on how to spread the marketing budget you need to consider the brand carefully. The perception is that De Toren is a rare but extremely desirable product. The laws of supply and demand would naturally push the price up. As long as the quality underpins the image and price, Nel explains, the consumer will keep seeking it out.

De Toren occasionally does competitions but they are selected carefully and deliberately. The wine is distinctly terroir-driven and made in small quantities. There’s no sense in shoving it into every competition line-up where excellent wines are often known to be lost in the noise of overcrowded palates. Nel says a wine like this must only go onto select tasting panels with very discerning palates.

Mid-tier wines might be more able to take a shotgun approach if there is enough marketing spend and stock to go around.

When you hit the jackpot as De Toren, Kaapzicht and Boland did, it really pays off. A single page full-colour advert in a niche lifestyle magazine will cost about R20 000, but won’t necessarily sell a single bottle. But get one massive competition win and stock will sell out overnight.

The latest marketing term for what happened to these big winners is called the “tipping point” – that something that pushes the cellar from oblivion and into every collector’s list of must-haves. But more than ever in the competitive world of wine, the wine’s quality and public image must be maintained otherwise it’ll fall by the wayside.

I think Darwin had something to say about that.

A reader survey in the Wine magazine (June edition) revealed that 50% of its readers regard the Veritas Awards as the most relevant local wine competition while the Fairbairn Capital Trophy Wine Show comes in second at 34%, Michelangelo 12% and Other 14%.
The Veritas breakdown for medal sticker sales to participants last year was: Double Gold 491 000, Gold 1,0 million, silver, 800 000 and bronze 475 000.
At the time of our going to press WineLand learnt that yet another wine competion is being launched in South Africa, the Winemakers Choice, presented by a private group of business people in association with, among other, Good Taste magazine and its Wine-of-the-Month Club, with an entry fee of R456,00 per wine and 6 sample bottles required for judging by 37 winemakers.
– Editor

The Cap Classique Producers Association has re-positioned its marketing objectives to highlight the importance of time in the making... END_OF_DOCUMENT_TOKEN_TO_BE_REPLACED

The South African wine industry acknowledges the greater understanding from government with the announcement of the latest excise duties... END_OF_DOCUMENT_TOKEN_TO_BE_REPLACED

The wine industry body Vinpro recently appointed Dr Langelihle (Langa) Simela to its board to provide strategic insights into... END_OF_DOCUMENT_TOKEN_TO_BE_REPLACED
Go Back
Shares