This is the 19th consecutive year the Amorim Cap Classique Challenge was held, an event sponsored by the synonymous cork producer that is this year celebrating 150 years of crafting cork stoppers for the international wine industry. Some 121 entries were received for this year’s competition.

Newstead Wines, one of the pioneers of the Plettenberg Bay winelands on the Cape South Coast some 520km east of Cape Town, was founded by Doug and Sue Lund in 2006, with their first wines being made in 2012. Although Newstead’s Cap Classiques have won various accolades in the past, this is the first time the winery has featured at the Amorim Cap Classique Challenge. The award for this year’s overall winner, given to the wine that achieved the highest accumulated score from the five judges, is sure to herald-in a new era of recognition for the Plettenberg Bay wine region. 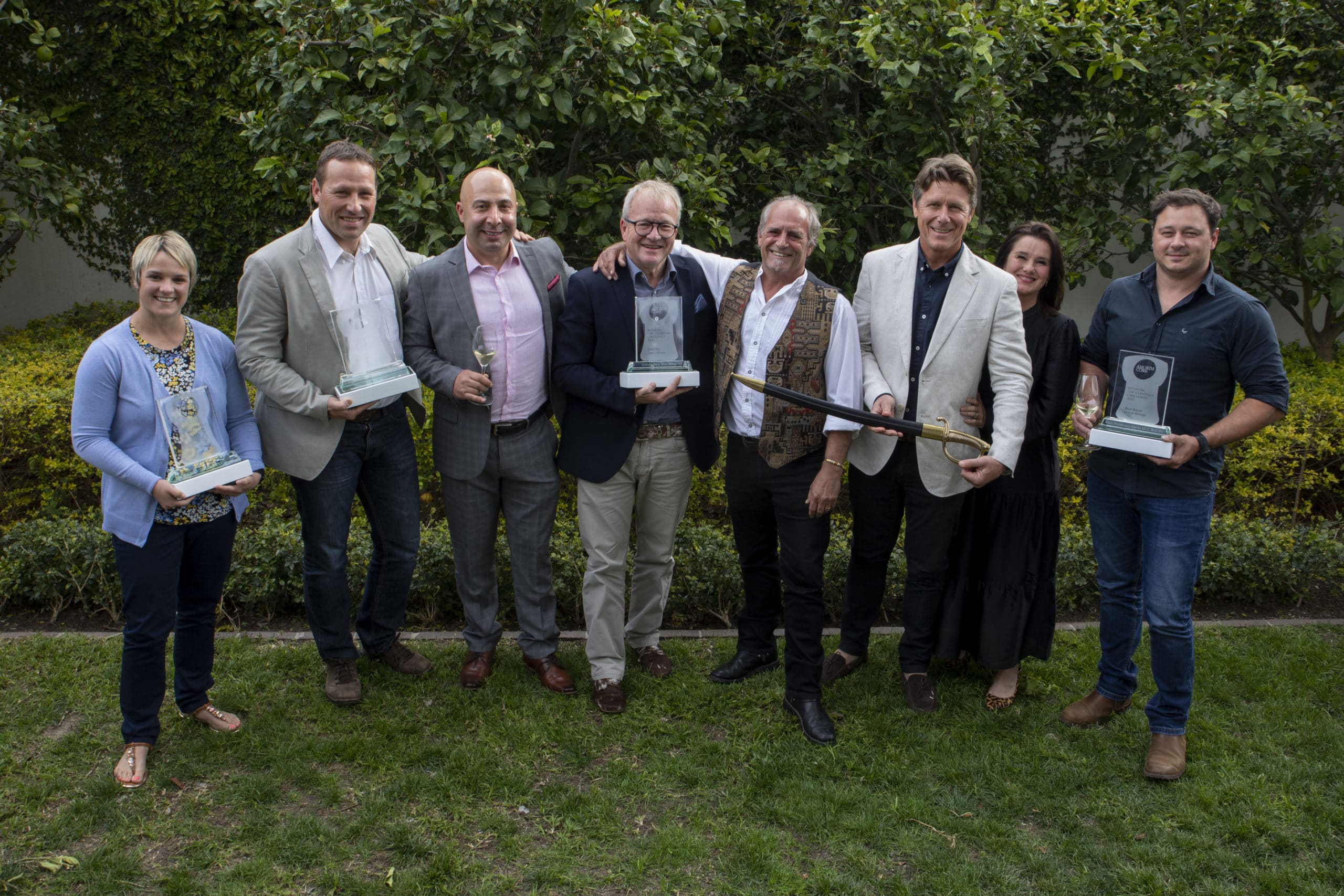 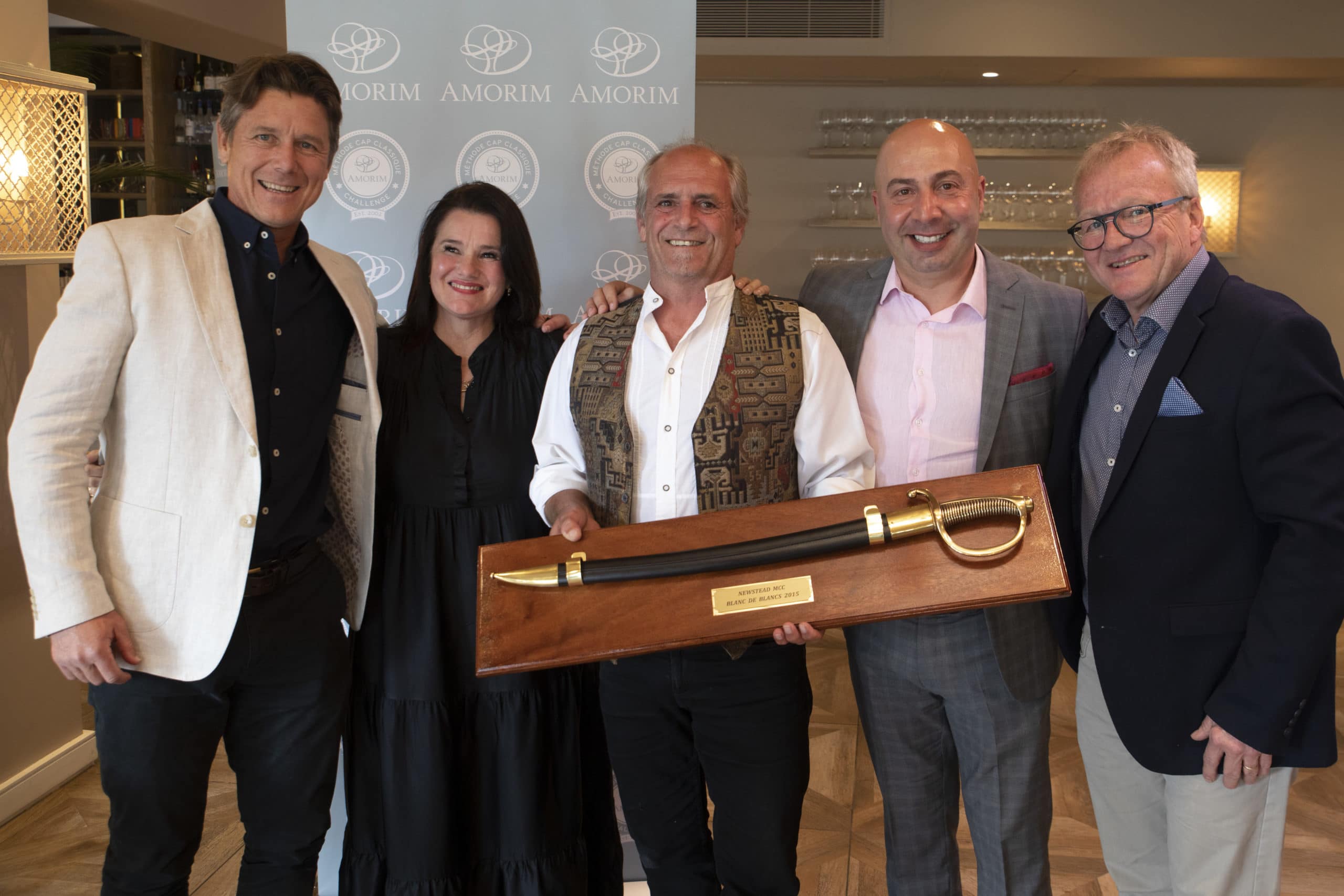 A unique feature of the Amorim Cap Classique Challenge is the awarding of a trophy for Best Museum Class Cap Classique, presented to a wine of eight years or older. The winning wine in this category for 2020 was Lourensford Wines in Somerset-West for Lourensford Cuvée 101 2010.

According to Heidi Duminy CWM, convenor of the judging panel for this year’s Amorim Challenge, the Blanc de Blancs category was the stand-out segment in this year’s competition, winning a total of five Double Gold medals.

“After a disappointing run last year, the Blanc de Blancs class is shining brightly again and was most consistently impressive,” she said. “The brilliance of the 2015 vintage really turned-up here in all its glory. The best wines ranged in discernible style from bright and showy to more restrained and pristine. Fresher styles with extended lees age should be appreciated. We experienced excellent balance of fruit expression embellished by leesy intrigue and well-judged dosage. Chardonnay driven wines certainly seem the most promising for Cap Classique on the whole.”

Speaking at this year’s Amorim Cap Classique Challenge awards’ ceremony held in Franschhoek, Amorim SA managing director Joaquim Sá said this year’s competition was held in the most extraordinary times imaginable due to the national lockdown South Africa experienced as a result of the Covid-19 pandemic.

“But for us as organisers, the country’s Cap Classique producers and the judging panel it was a case of ‘the show must go on’,” he said. “Getting the competition on track has been a true collective effort, with everyone involved going to extraordinary efforts, from arranging for wine entries to be legally transported during the lockdown, to the organisers who put cutting-edge measures in place to ensure that the judging of the wines went ahead in a safe environment. I would like to thank everybody involved for going that extra mile – especially the Cap Classique producers who sent 121 wines for judging at a time when their focus was rudely redirected by the challenges of Covid-19 and its effect on the wine industry.

“That the competition generated such enthusiasm among producers underscores the fact that the Amorim Cap Classique Challenge has become an integral part of the South African wine industry, honouring a sector that is locally and internationally being recognised as one of the country’s premier wine offerings.”

The Double Gold (93 points-plus) winners in the year’s Amorim Cap Classique Challenge were: