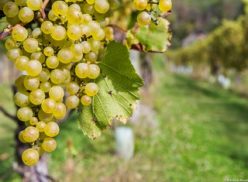 In conjunction with Prescient, a multinational financial services provider, Winemag.co.za is pleased to present the seventh annual Chardonnay Report.

When Chardonnay is at its best, it’s arguably the grape responsible for the greatest dry white wine in the world, whatever lovers of Riesling might like to think. It has a universal following and is by far the best selling wine in the United States. There is also a well-established frame of reference when it comes to discussion of style and quality. While the traditional home of the variety is Burgundy in the northeast of France, where it has been grown for centuries, benchmark examples occur around the world especially from Australia and California, USA.

In South Africa, serious attempts at growing the grape date to the early 1980s. The variety is currently the seventh most planted making up just over 7% of the national vineyard. All of the above makes the South African wine industry’s efforts regarding Chardonnay, worthy of scrutiny.

There were 91 wines in the line-up, these judged blind, labels out of sight. 42 wines were rated 90 or higher on the 100-point quality scale and these were recognised during an event held at The Stack, Leinster Hall in Cape Town on Wednesday, 18 October.

The top wines were as follows:

To read the report in full, go to Winemag.co.za.
Join the conversation and follow the action on twitter #PrescientChard

Winemag.co.za, in conjunction with Prescient are hosting a Cape Town Public Tasting event on 25 October, to showcase the top-rated Chardonnays for 2017. Details & tickets are available online.