The present catches up with the past 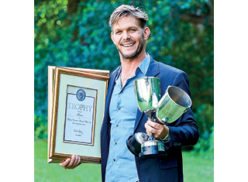 A spread of results, celebrating the achievements of producers from Constantia to the Northern Cape, and from cellars dating back several centuries to producers making their first wines in the last ten years, are a feature of the 2017 OMTWS laureates.

These results reflect the vast changes which have taken place in the Cape wine industry over the past few decades, while at the same time reinforcing the claims of the major players who have moved to front of stage over this period.

The winner – for the second time – of the Old Mutual Trophy for the Show’s Most Successful Producer, is Tokara, a winery which only bottled its first vintage in 2001. At the same time, several trophies for the best wines in particular classes – most notably Cabernet Sauvignon and Blended Red – are from areas which were, until recently, never considered high quality wine producing regions.

Praising the way this year’s judges went about their task, show chairman Michael Fridjhon, said, “This year the combined effect of the creativity of the younger winemakers together with the skills and experience of the older players, the right panel dynamics and the right vintages have come together in a spectacular set of results.” 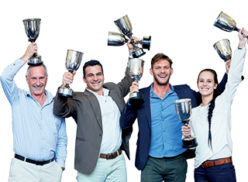 Tokara’s triumph comes on the back of its 2010 success and was secured with the Trophy for the best Sauvignon Blanc Semillon blend, a gold medal for the 2015 Reserve Collection Chardonnay and three bronze medals.

The Makro Shiraz Trophy was awarded to Leeuwenkuil Family Vineyards for the Heritage Syrah 2014. This wine also won the Old Mutual Trophy for the Best Red Wine overall. 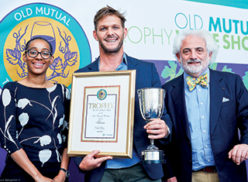 For the first time in several years a trophy was awarded for Pinot Noir, with the winning wine – Paul Wallace’s Brave Heart 2015 – coming from Elgin. The Trophy for the best Cap Classique went to Constantia Uitsig for its 2013 vintage MCC, while a Verdelho won the Trophy for the Best Niche White Variety for the second time – on this occasion the Credo Limited Release 2015 from Stellenbosch Vineyards. Verdelho was also present in the Show’s best white blend, the Cavalli Cremello 2015, which took home the Grande Roche trophy.

There were fewer museum class trophies and golds than in previous years, despite a higher percentage entry, suggesting, as Michael Fridjhon said at the industry feedback session, that the past is not as good as the present. In 2016 there were 9 museum class golds, of which 6 became trophies. This year, amidst a higher trophy and gold medal count overall, there were only 3 Museum class trophies and only 4 Museum class golds out of a turnout of 22 golds and 20 trophies. The Nederburg Private Bin Edelkeur Chenin Blanc Noble Late Harvest 2009 was the top scoring Museum class wine and tied with DeMorgenzon as the highest scoring wine of the show.

Total wines judged were 960, from 198 producers. In addition to the golds and trophies, 135 silver and 460 bronze medals were awarded.

The Old Mutual Trophy Wine Show app – which replaces the original Old Mutual app – details the results of the show by medal, category and producers, as well as the seal code numbers of all trophy, gold and silver medals. As a result of this innovation consumers will be able to confirm that the wine they are buying comes from the same batch as the samples presented to the judges. The app has links to buying the winning wines via makro.co.za and tickets to the public tastings. This will enable all smartphone-users to access the key information they will need to optimise their wine-purchasing and ordering decisions for the year ahead. 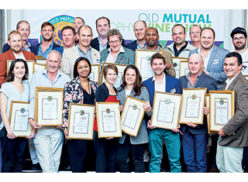 Gold medal winners with a score of 90 or more 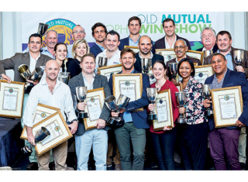