Production costs under the microscope 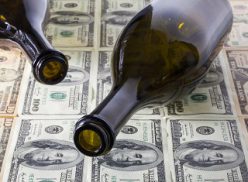 An increase in production cost and cash expenditure, as well as the weak Rand in 2016 and the need for provision for renewal, ask for stringent cost management and personal involvement of producers to farm more sustainable.

If one looks at the last ten years’ production cost in the wine industry, we can see that the increase thereof was one of the biggest challenges a producer was tasked with.

In 2007 we were producing wine grapes at R22 125 per hectare – a figure which more than doubled in ten years to R44 390 in 2016. The grape price on the other hand, not nearly grew at the same speed in this period. This situation is called the cost price squeeze.

The annual cost incurred to prepare the 2016 crop consisted of cash expenditure and provision for replacement – excluding all tax, interest and entrepreneurial remuneration. Compared to 2015 the industry average total production cost (excluding Malmesbury) increased by 7% to R44 390/ha in 2016.

Cash expenditure is specified as direct cost, labour, mechanisation, fixed improvements and general expenses. Total cash expenditure indicates a 7% increase from 2015 to R34 047/ha in the 2016 production year. This increase is driven mainly by the labour component which continued to increase more rapidly than some of the other cost elements. This contributed to the increased mechanisation component, including an increase in alternative practices such as mechanical pruning.

A second factor that impacted negatively on the cost increase was the weak Rand in 2016, compared to 2015. This carries great weight, because a large component of our inputs is imported. Record crops in some regions also contributed to the average cost increase, seeing that increased inputs are required. The cost component differs among the various areas due to the level of mechanisation and climatic differences, for example drought.

Production cost, however, is not only limited to cash expenditure; capital items also have to be renewed in due course of time so as to maintain the business as a running concern and ensure a sustainable business model. Tractors, tools, other means of production, vineyards and buildings deteriorate and have to be renewed, therefore the purchase value of the item has to be recovered over a specific lifetime. By using the principle ‘provision for renewal’, a larger amount is recovered than in the case of ‘depreciation’. To a certain extent this addresses the problem of rectilinear depreciation in value. The total provision for renewal amounted to R10 344/ha in the 2016 production year – a 7% increase from 2015.

Stringent cost management, with a balance between wine style objective and input requirement for each block, therefore remains critical for the South African wine producer.