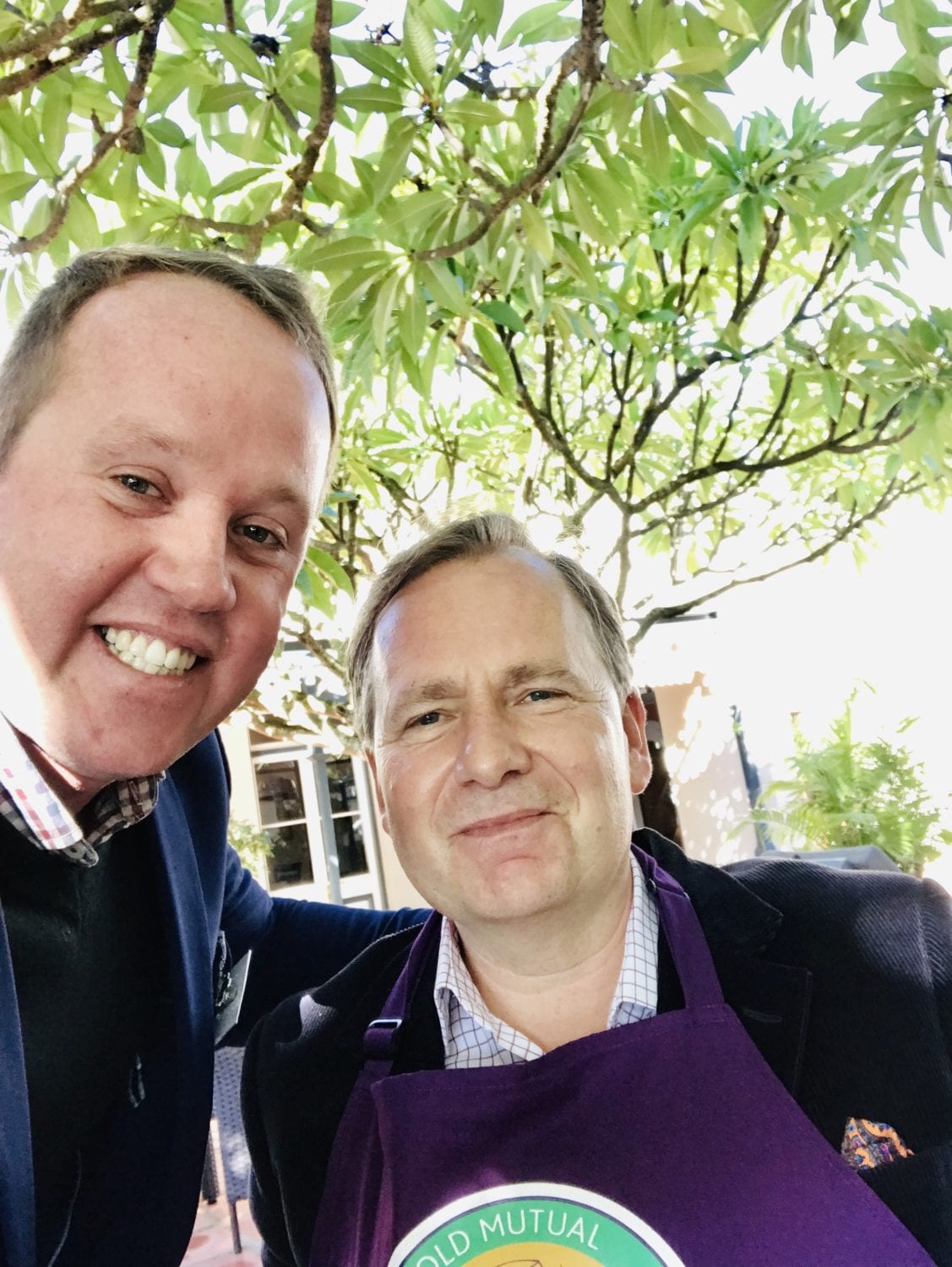 In an effort to determine how best to steer the South African wine industry across stormy, unchartered waters, I sat down with Simon Field MW at the Grande Roche Hotel in Paarl for a candid one-on-one interview.

Initially he seemed somewhat reluctant to answer my questions, saying he’s “a mere outsider.” However, after some gentle, but persistent coaxing, he eventually opened up.

Simon has worked in various established wine regions such as the Rhône, Champagne and Loire Valley in France and several in Spain, so has his finger firmly on the pulse of the global wine industry. His experience gives him invaluable insight as an outsider looking in. I simply had to tap into his wealth of knowledge.

It’s only Simon’s second visit to South Africa. His first visit was last year when he was the only foreign judge to be invited to the Standard Bank Chenin Blanc Top 10 Challenge. This year he was one of three international judges to sit on the esteemed tasting panel of the annual Old Mutual Trophy Wine Show (OMTWS).

Simon, who’s a chartered accountant by training, worked for London-based wine merchant Berry Bros & Rudd for more than 20 years before becoming a freelance wine writer and consultant. He qualified as a Master of Wine in 2002 and was made a member of the Gran Orden de Cabelleros de Vino in 2012.

I asked him for his frank view on how South African wines are perceived abroad, the standout wines from this year’s OMTWS and the future for local wine scene.

SF: Well, South Africans have a reputation for producing some great wines. But the reason this is not reflecting in your price points is due to a seeming disconnect between traditional wine producers and modern new-world wine producers. Some of these components don’t seem to be talking to each another.

AP: What were the standout (and not-so-standout) wines you tasted during the OMTWS judging session?

SF: In our group the most gold medals were awarded to Sémillon. The Sémillon/Sauvignon category was also quite interesting. I only tasted some of the Sauvignon Blancs towards the end, and there’s a real difference between the wooded and unwooded, and the various pyroxene and fruity aromatic styles of this variety. It’s a shame I didn’t get to taste the whole Chenin Blanc flight because those we did taste were fantastic! The Shiraz class also performed well. Strangely enough, there was a Portuguese blend I particularly liked, the Touriga Nacional. It was amazing. I got to taste some of the fortified wines (the port style against the late harvest), and they were also extraordinary.

To be honest, I struggled with the Pinot Noir down here. The Rhône-style blends were also disappointing. I found it quite strange that some of the blends were made up of eight different varietals. It was hard to tell whether the blend was simply made up of the leftovers or whether it was the winemaker being opportunistic. It confused the message somewhat. For an outsider like me to isolate areas and styles, tasting blends with Tempranillo and Shiraz and various other varietals mixed together – albeit interesting – becomes an intellectual exercise rather than a clarification or communication of the style of wine. 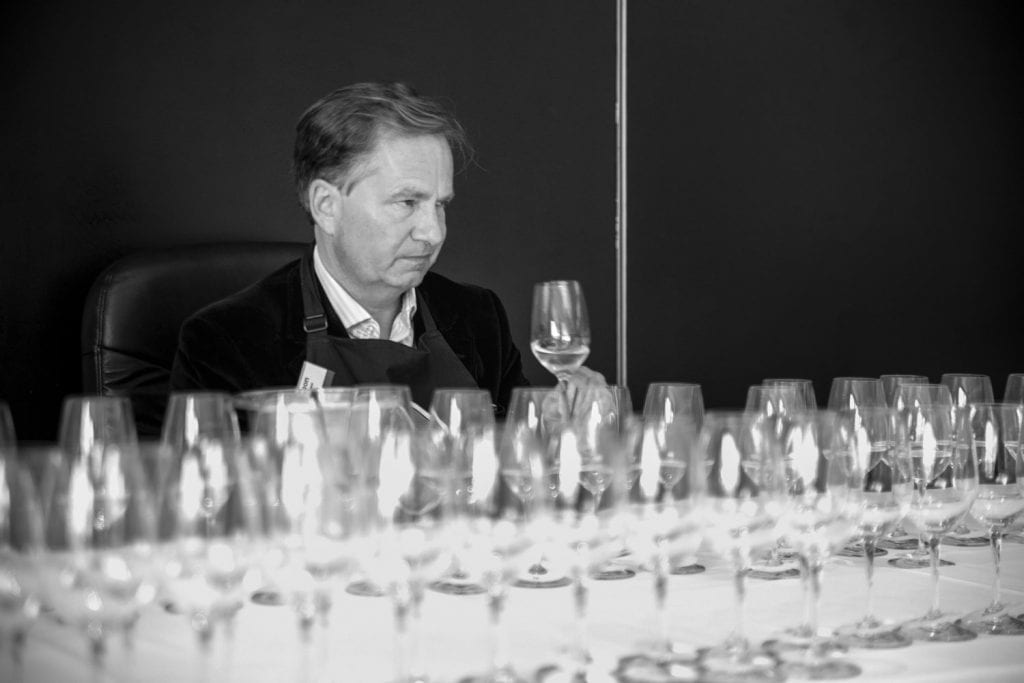 Simon Field was one of the international judges at the 2019 Old Mutual Trophy Wine Show.

AP: What advice can you offer producers in terms of blends?

SF: I’m not against people experimenting and having fun, but there were so many blends submitted at the OMTWS they for many were their calling card. It shouldn’t be their calling card. It should be their little fun-on-the-side project. If you want to communicate your wine to the international market, you don’t do it with a Touriga Nacional or Mourvedre or whatever. Some might work, others not. To be honest I was overwhelmed by the complexity of what’s going on, which might demonstrate the potential, but it’s about what’s communicated to the market.

AP: What were your impressions of the 2019 Old Mutual Trophy Wine Show?

SF: The OMTWS is an extremely well-run competition under the auspices of a highly respected wine expert and judge. It was amazing to witness Michael Fridjhon, having just tasted a flight of port, being able to recalibrate almost immediately and disseminate the pros and cons of each wine very eloquently. It’s well run, well managed and clearly well supported. In the UK, this show has a reputation of being one of the best in South Africa. It’s nice that they invite international judges, however ignorant [laughs]. Overall I’m very impressed with what I experienced here in South Africa. If I’d done the show 10 years ago I probably would’ve tasted a lot more woody wines I think. It would appear that the SA wine industry is in good nick. It just needs a bit of self-belief and to clarify its message a bit better.

AP: Why did you decide to leave Berry Bros & Rudd?

SF: I worked with Berry Bros & Rudd for more than 20 years. When the company hit a slight difficult patch, they decided to make a change in management and bring in someone who was used to operating in a supermarket-style environment. My role was to identify smaller, boutique producers and suddenly, that wasn’t on message anymore. Berry Bros & Rudd was still selling good wines, but there was an increased focus on larger bulk and supermarket-style wines. I thought, well, I don’t want to stop working with producers from the Rhône Valley or Spain so I’ll start doing my own thing. It was the right time for me. Berry Bros & Rudd has since turned the corner in terms of finances, and the supermarket-style management has left. But I’ve grown accustomed to doing my own thing, and I’m liking it. 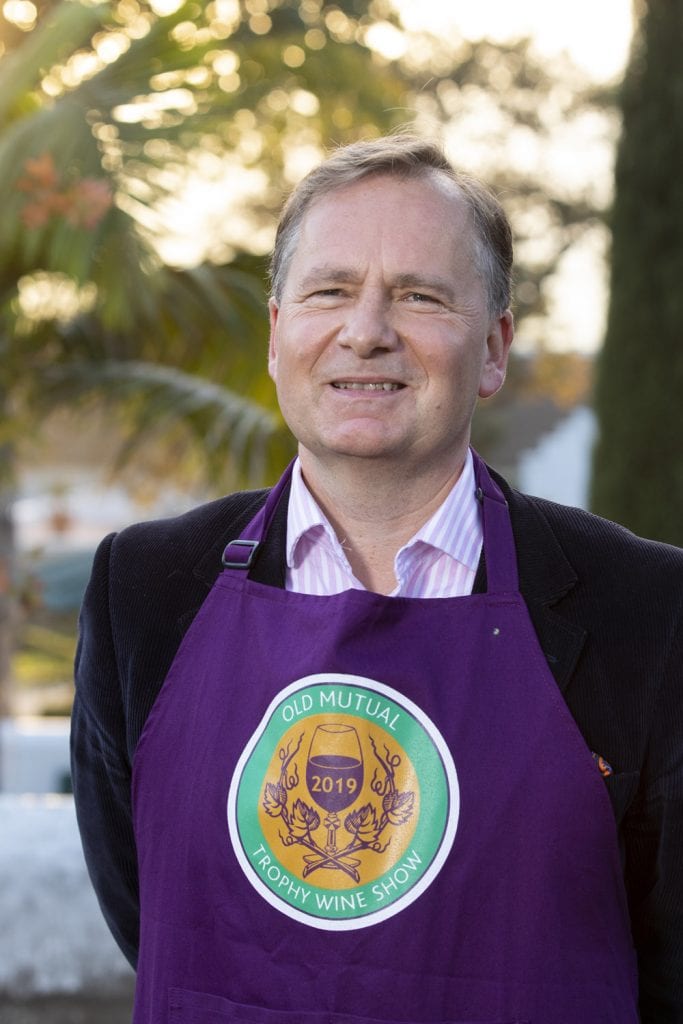 AP: How do you go from being a chartered accounted to a master of wine?

SF: It’s been a long process [laughs]. I qualified as a CA in 1992 and worked at KPMG in London. I then worked in France for a while doing very boring stuff in banking. Suddenly, the wine lists became quite interesting during my time there [laughs]. So I thought, what the heck, I’ll do these wine exams and give up being a chartered accountant. I was 28 at the time and this was my last-chance saloon. I started working at a wine shop called Oddbins. Later I got a job at Berry Bros & Rudd. Ironically, I got the job because of my accounting background. I recall them saying, “We need a diligent stock controller in the buying department.” The rest is history.

AP: What does the future look like for South African wine?

SF: I think there’s so much potential. Part of it is rooted in the past. In the future, South Africans have to communicate the culture or, for lack of a better word, terroir, much more clearly. There’s a need for more on-message communication between the established wine brands that the old-fashioned wine merchant in London would recognise and the new, more modern players on the block. I don’t think South Africans should become too obsessed with Rhône or Bordeaux varietals. Play to your strengths! Sharpen the axe somewhat, focus on what you do really well and build a sense of terroir and place. I think you’ve done really well thus far, but I think more can be done.