R1.2 million raised for charity at the 44th Nederburg Auction 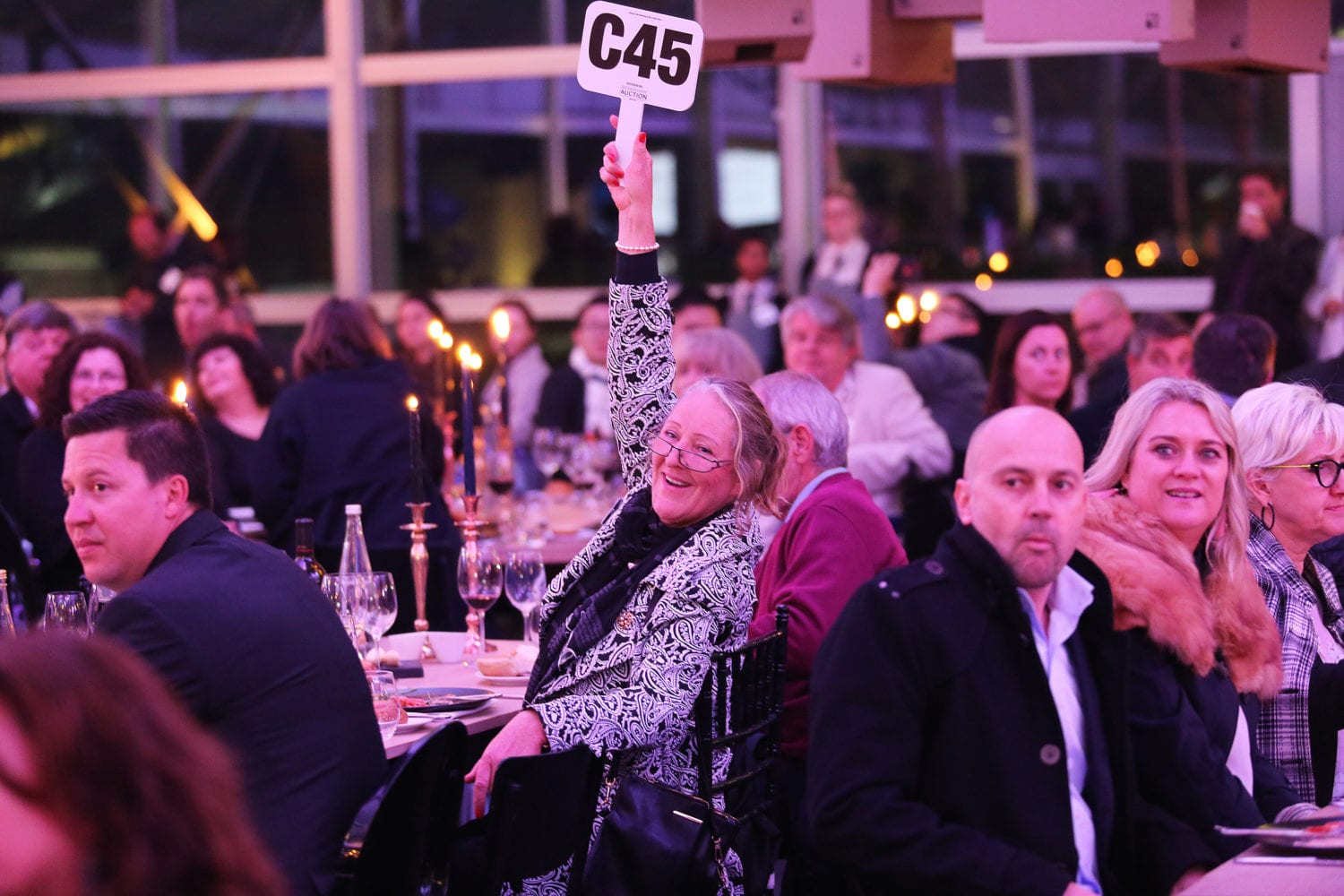 A time for bidders to bid with their hearts and not their heads, the Charity Auction is a highlight of the Nederburg Auction weekend. Donors and bidders gave generously as always and a new Charity Auction high of R1.2m was raised for the Nelson Mandela Foundation. The Charity Auction was held during a gourmet dinner braai on the Friday evening where not even the freezing cold temperatures held bidders back.

Going once, going twice…with those words, auctioneer, Roland Peens of Wine Cellar, got bidders digging deep into their pockets to support a worthy cause – early childhood development.

And without fail, the bidders duly obliged. The funds will be used to support the advancement of children’s programmes in the Cape Winelands and further afield. The Foundation, involved with Childhood Development programmes, will focus on programmes within the most disadvantaged communities. Its partner of choice is the Centre for Early Childhood Development (CECD) – a non-profit organisation founded in 1994 and committed to putting young children first by ensuring quality early childhood development for our country’s youngest citizens. The Centre for Early Childhood Development is already doing a lot of work with the most disadvantaged communities in the Cape Winelands.

The event and the auction’s resounding success, also reflected on the generosity of the many producers and auction supporters, who over the charity auction’s history, have donated all items on auction. This year was no different with numerous lots being donated from wine to experiences and unique weekend adventures.

A change in format this year, saw the Charity Auction being hosted on the Friday evening immediately after the pre-Auction tasting. This was then followed by a gourmet braai produced by renowned SA chef Bertus Basson of Overture. Bertus cooked some mouth-watering cuisine over the coals which included dry aged sirloin and linefish. The Charity Auction was followed by live tunes by local group Rosanthorn who entertained guests throughout the evening.

The incredible generosity of donors ensured that some fantastic items were up for grabs which included: 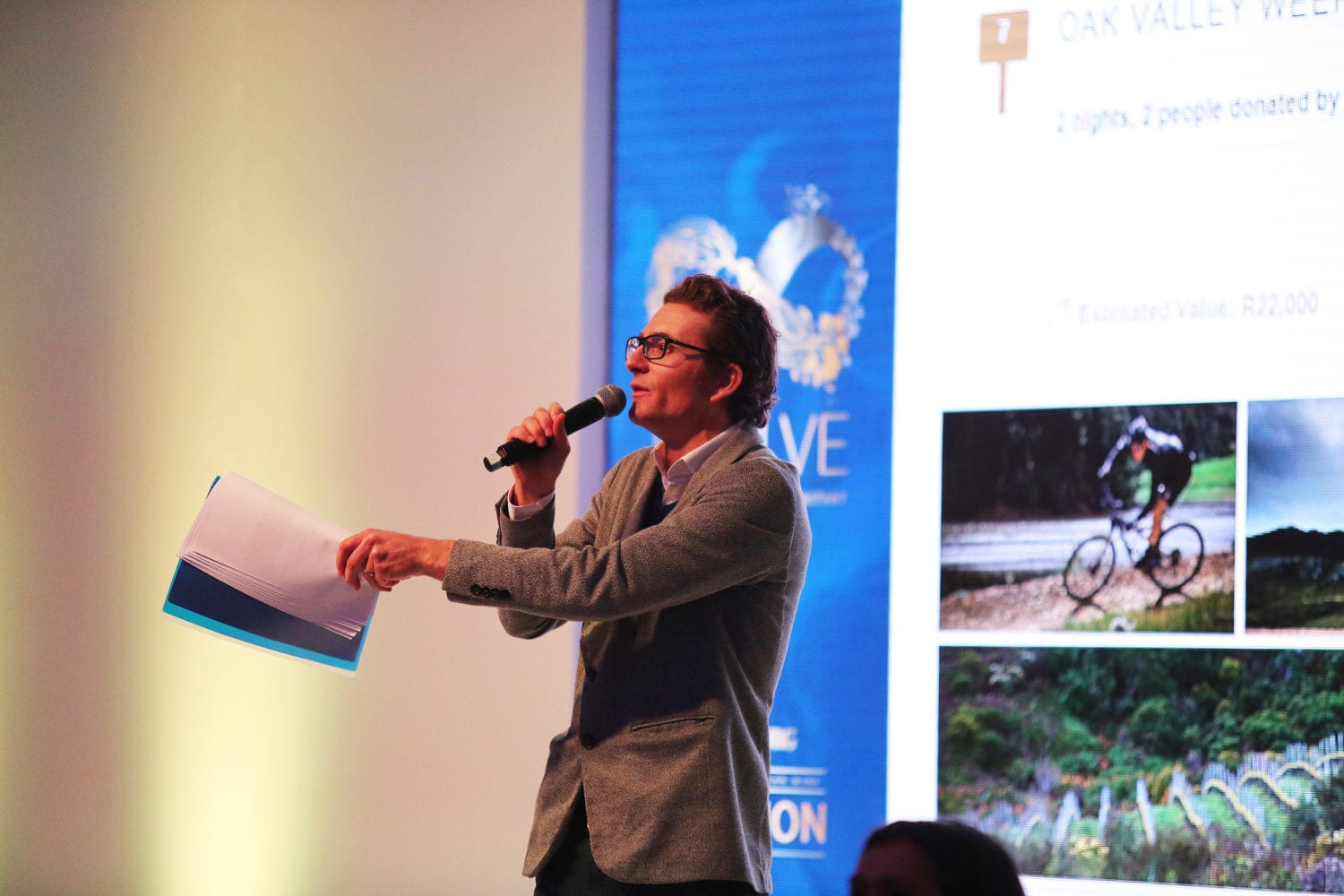 Roland Peens of Wine Cellar, got bidders digging deep into their pockets to support a worthy cause.

Masungulo Lodge, full-board safari in the Timbavati for 3 nights and 6 guests donated by owner raised R150,000

Some bidders couldn’t wait to sample some of the rare wines they snapped up. The 1978 Robert Mondavi and some 1978 Bordeaux’s were opened for dinner and enjoyed before the night was up.

Bridgitte Backman, Distell’s Corporate Affairs Director, thanked bidders and donors for their generosity. “There are many children who have no access to any kind of child developmental programmes and we are excited that the funds raised here will go a long way towards making a positive impact to the lives of children in the Cape Winelands and South Africa in general.”

Sello Hatang, the CEO of the Nelson Mandela Foundation said his organisation was grateful for the financial support and that this gesture was one way of honouring Mandela’s legacy – by making a difference in Children’s lives and the most needy.