Following two successful Nederburg Auction Wine Previews in both Cape Town (31 July) and Johannesburg (2 August), wine enthusiasts are planning their bidding strategies to ensure they get their hands on some of the rare and otherwise unobtainable wines tasted at these two events. 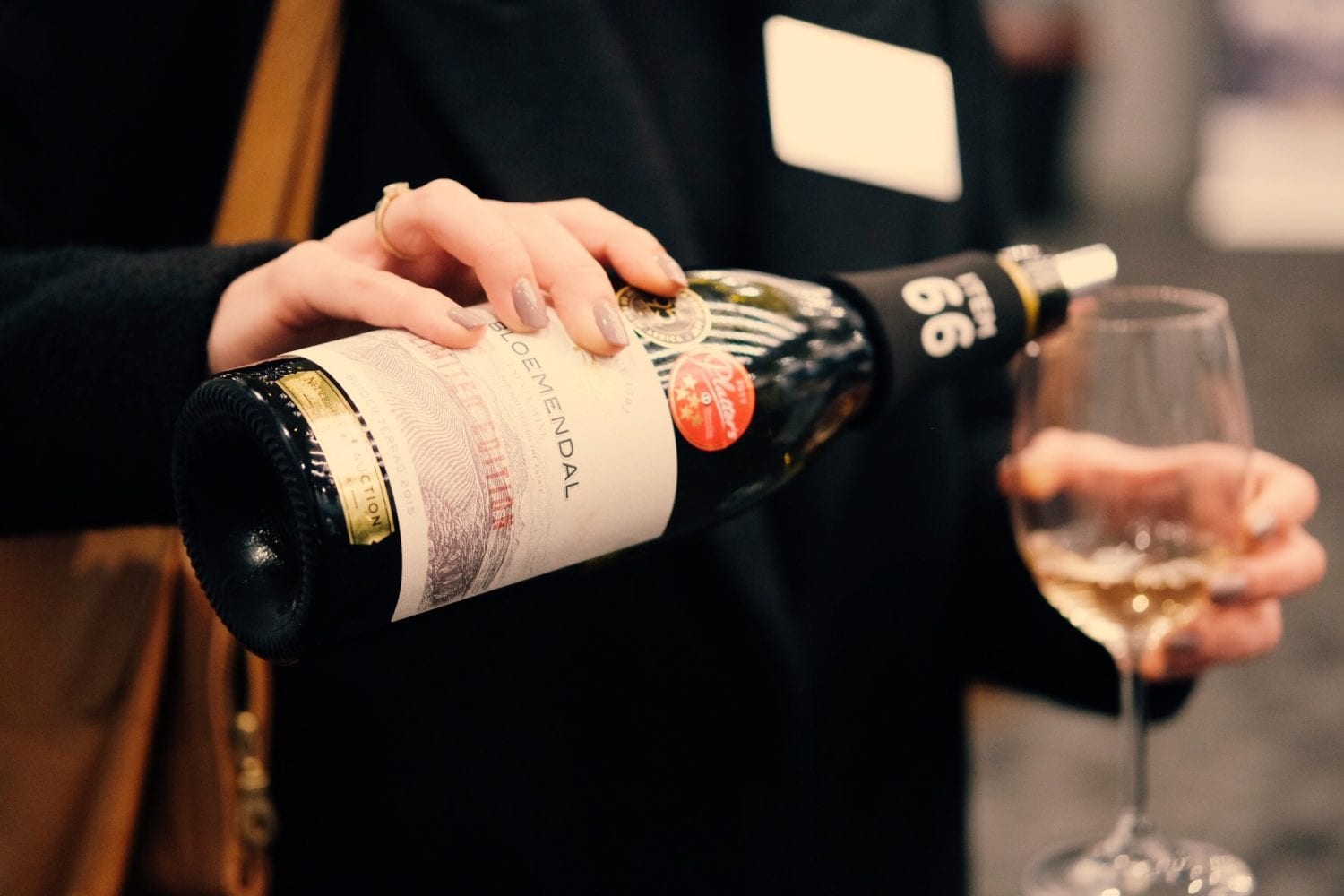 Following some serious debate, discussions and re-tastings, bidders will now hopefully know which wines will be getting the attention of their bidding paddle.

The Wine Previews gave prospective bidders the opportunity to taste all but the rarest wines going under the hammer on Saturday 8th September in a relaxed and informal setting. All wines were grouped according to variety and gave guests an opportunity to sample some of the best wines South Africa has to offer. There is a reduction in volumes this year compared to previous years, making wines even more rare than before. This is also testament to the very strict judging, which was carried out blind, and the new older entry criteria introduced this year.

The entry criteria for the 2018 Nederburg Auction was changed with red, fortified and sweet wines having to be 6 years and older (previously 5 years) and whites and MCC’s 3 years and older (previously 2 years). This is to ensure that the Nederburg Auction remains true to its founding principles of being a platform for the equal distribution of fine, rare South African wines. The average age of all wines on Auction this year is 11 years old. As a category, reds on average are 13 years old and whites 6 years old.

The 2018 collection includes 107 wines from 23 varieties produced by 63 producers and totalling 6,696 litres (2017: 8,781 litres). The largest red varieties are Cabernet Sauvignon and Shiraz each with 11 wines. Chardonnay and Chenin Blanc are the strongest white categories in terms of numbers with 8 and 9 entries respectively. For those preferring something a bit sweeter, there are 8 Noble Late Harvests, 3 Muscadels and 4 Ports.

A special mention must go to the bubblies from both Le Lude, Franschhoek and Vondeling, Voor-Paardeberg. Le Lude makes its debut this year with 3 MCC’s: Vintage Brut, Vintage Brut Agrafe and Vintage Cuvee (1.5L), all 2012. Le Lude is the first winery in South Africa to produce the artisanal Agrafe bottle fermented sparkling wine. Agrafe (Tirage Liège) is the method of fermenting the wine under cork instead of crown cap, which results in a more integrated aroma profile and texture. Vondeling is accredited with the first Mèthode Ancestrale in South Africa. They have only one case of their extremely rare Vondeling Rurale 2013 on auction. Mèthode Ancestrale, produced as far back as 1531, is where natural fermentation commences in the tank and when only a small, but critical amount of sugar remains, the fermenting wine is bottled and capped creating a single, continuous fermentation. The Vondeling Rurale was considered too rare to taste at the Wine Preview but one bottle is being made available at the pre-Auction tasting.

In terms of specific vintages, Wine Coordinator and Sommelier Higgo Jacobs said: “The 2008s are showing really well, they’re a good catch. The whites are outshining the reds a little bit; they don’t quite get the same prices but they are just showing phenomenally.”

Wine critics and the Selection Tasting judges have often referred to the fact that South African white wines often don’t get the recognition or price points they deserve and Georgio Meletiou of Tsogo Sun said the following of the older white wines: “The older whites are just showing so much character, so much class, so much sassiness and I’m not downgrading the reds by no means, there are some reds out there that are exceptional, but in my opinion, and what I’ve tasted thus far, the whites are showing extremely well.”

Bennie Howard of Meerendal said: “If there’s one variety that does us proud when it comes to wines that can mature, it is definitely the Chenin Blancs. The Chradonnays are also exceptional, it shows to me that we know how to use oak with the fruit and then to let the wines mature for a long time. Some of these wines are maybe ready to drink now but they will also have a great time to mature a little bit more in the bottle.”

Red wines have always been a stand-out category and achieved price points closer to their international benchmarks and Conway Nesbitt of Spar Group said of the reds he sampled: “The Nederburg Auction is about premium wine. We tend to buy quite big on the Auction, our focus is on the reds and it hasn’t disappointed at all, in fact it’s been magnificent.”

Christian Eedes of Winemag.co.za said: “Our reds, our best wineries, are making absolutely world-class wines and that’s been a very steep learning curve. I think the curve continues, I’m happy to say, in an upward trajectory but we shouldn’t also forget about how wonderful our sweet wines are, both fortified and unfortified and I hope they get the prices they deserve at this year’s Auction.”

A long-time favourite for many, and the reason the Auction was founded (in-part to circumvent liquor industry laws of the time) are the Noble Late Harvest and naturally sweet wines. Bennie Howard said of the natural sweet and Noble Late Harvest wines: “What is there better to talk about than our natural sweets and our Nobel Late Harvests, what a line-up, I thought of wines here tonight. They show their age, they are almost ten years old, if not older and they are still fresh, juicy, a beautiful balance and the kind of wines that says to me exactly what Günter Brözel used to say “the sunshine of South Africa in a glass”.“

The annual Nederburg Auction, which takes place on Friday 7th and Saturday 8th September is a perfect opportunity for guests from around the world to catch up with old friends and meet like-minded wine enthusiasts in a fun-filled yet relaxed environment. Those fortunate enough to obtain a ticket to this exclusive event are treated to some of the finest foods and beverages, also synonymous with the Cape Winelands. Top celebrity chefs and baristas are on hand to treat guests to the unique evolution of their culinary and coffee creations, accompanied by live entertainment and world-class wines.

If you are serious about wine and would like to bid and network with like-minded people, please apply for a ticket through our website by clicking on the Tickets and Registration link below. Tickets are limited with serious buyers given priority tickets.