Reconnecting with the earth 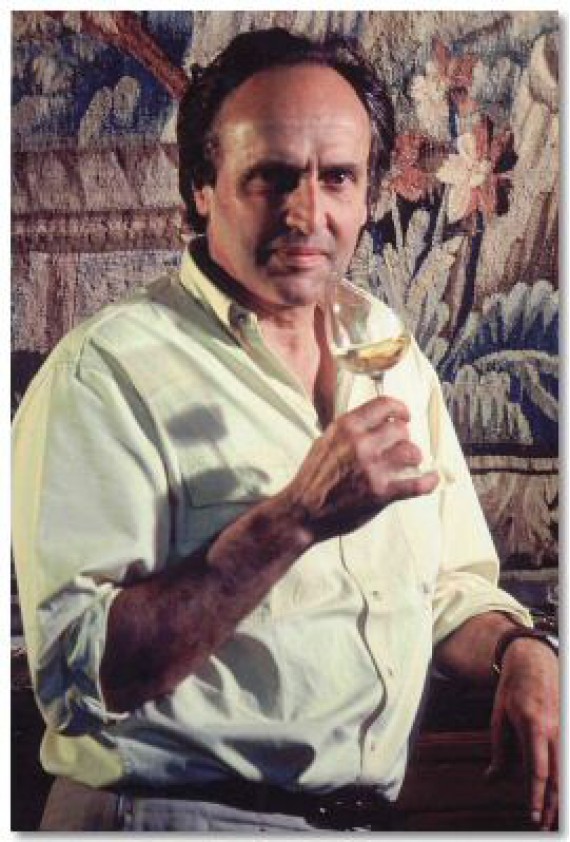 Nicolas Joly, owner of one of France’s oldest vineyards and one of the smallest appellations controle, Coule de Serrant, in the Loire, was in town to open the 2005 Nederburg Auction. Joly is also one of the leading figures in the system of biodynamic farming. ANGELA LLOYD attended his one-day seminar on this controversial if sometimes misunderstood method.

Attending a Nicolas Joly seminar on biodynamics is a hugely entertaining affair. First there’s the man himself: passionate, articulate and convincing but also cognisant of the fact that it’s impossible to completely understand the workings of nature. Nevertheless, belief in the biodynamic processes makes success much more likely. Some aspects take time, even a few years, to become effective; it’s important not to lose heart if there are no immediate positive results, nor if, in the early days, there are crop losses. Joly might add that a tough skin is also useful, for as he acknowledges, sceptical neighbours often think him idiotic.

This brings us to the other entertaining aspect of a Joly seminar: audience watching. Around 60 wine industry people, with a strong showing from the younger (surfing) winemaker brigade and journalists attended his day long seminar in Stellenbosch. I didn’t immediately notice anyone from the conventional viticulture suppliers nor the US Microbiology Dept, but I might be wrong. Most of the winemakers (“nature assistant” is the preferred Joly term) probably follow the IPW guidelines, some are close to or already farming organically but only one has already gone the whole biodynamic route: Johan Reyneke of Reyneke Wines.

All appeared caught up in Joly’s own enthusiasm as well as his initially easy-to-relate-to description of the life forces, sun and earth, and four levels of matter – heat, light, liquid and mineral earth – which allow specific terroir (or appellations contrle) to express original interpretations of the vine. His constant emphasis was that the more technology is used, the greater the competition wine producers face in today’s market-place, for all wines will taste more or less the same. Poisons to kill weeds and control diseases, fertilisers, aromatic yeasts, clones; all destroy any originality of place in wine and are considered “a complete drama” by this banker, turned biodynamic farmer. He hastens to add that the biodynamic system alone is no direct route to producing great wine, that requires the right terroir.

Essentially biodynamics is a process of connecting to “the enormous solar system, a macrocosmic organisation”, which guides life on earth. “Tuning in with nature,” as Joly puts it, pointing out that the benefit of harnessing the life forces is that they are free. As this might indicate, biodynamics involves as much a philosophical approach as it does one of practical farming. Its roots lie in the theories of the early 20th century Austrian philosopher-scientist, Rudolf Steiner.

It also demands taking a holistic view; the vine is not seen as a separate entity but part of an interactive, living system. “Everything that is alive is composed of frequencies, which harmonise with each other,” Joly explains. “Energy becomes matter. The vine, like any other plant, only transforms the ethereal into material. That is what photosynthesis is: a conversion of air and heat in wood, leaf and fruit into taste, colour and aroma.”

Disease is viewed as only a deficiency of health, a lack of connection to the broad living system and to be corrected from within the system itself. Connecting to this live energy system through the biodynamic approach assists the vine or plant to nourish itself. Various preparations, including composts and homeopathic treatments, are the catalysts in this process. So far so good; the audience remains connected with Joly.

Composts from animals kept on the farm form part of the preparations. Animals, also affected by the four life forces, are very much part of the biodynamic system: Joly has ten cows, two bulls and three horses. Ploughing his oldest vineyard by horse rather than tractor must not only be therapeutic but Joly says it also energises forces different from those obtained when ploughing by tractor.

Compost is formed in several ways. Manure from the cows is filled into a cow’s horn and spends the winter fermenting 10 metres under the soil. In spring it is dug up, diluted in separate containers in ever increasing amounts of water (“the less substance tied to matter, the more efficient the link to the forces,” Joly explains), before being dynamised in a special vessel to create the right energies and sprayed on the soil. In summer, silica undergoes the same process; this is sprayed on the vine to aid photosynthesis and prevent disease. Timing of all these and other biodynamic practices is tied into lunar and cosmic rhythms.

It was here many in the audience did lose touch and when Joly spoke about fermenting chamomile in the guts of a cow or yarrow in the bladder of a stag (both applied as compost), there was a sense of disapproval as well as bemusement. But then, for some, genetic engineering evokes similar reactions.

Joly spoke only briefly of work in the cellar, but all practices are designed to ensure the wine retains its authenticity of place. To add or not to add sulphur generates the fiercest debate among biodynamic producers. Joly does; both to his wines, “otherwise they would not travel well”, and a small amount in his vineyards, although it is gradually being replaced by milk, apparently very effective in preventing odium.

Can this European originated system work in South Africa Joly believes so. “Biodynamics can work everywhere; you just have to adapt accordingly,” he reassures. “I think a plant like the aloe could be very interesting here. Then a spray of seaweed which contains colloids, also used in suntan lotion, could help to moderate sugar levels in the grapes, and thus alcohol in the wines.”

Biodynamics is no physically easy system to follow; Joly confirms around five hectares are the maximum that one person can manage successfully. He doesn’t discount farming biodynamically on a large scale, but acknowledges there would be greater difficulties. For one thing, the monoculture would need to be broken with other vegetation and animals.

Ultimately, biodynamics will probably stand or fall on the quality of wine the system produces. The present interest stems not only from wanting to reconnect with the earth but also from the people who are applying it so successfully. Apart from Nicolas Joly’s own renowned Loire Chenin Blancs, Lalou Bize Leroy, Anne Claude Leflaive and part of Domaine de la Romane Conti in Burgundy, Zind Humbrecht in Alsace, Huet in Vouvray and Chapoutier in the Rhene are all celebrated wine producers who follow the biodynamic route.

I admit I’m a biodynamics sympathiser; the idea has great appeal and if parts of Joly’s seminar over-stretched the imagination, first-hand experience could do much to forge a better understanding for those who see it as mumbo-jumbo, flying in the face of science. In any event, biodynamic followers tend to be selective about precise methods they adopt.

For whatever reason one might be attracted to even consider biodynamics, it is worth remembering Joly’s warning: “For people who do not express originality of place, life will become economically difficult.” In today’s competitive, commercial world, re-connecting with the earth could generate material gains beyond just the philanthropic ones envisaged by Steiner 80 years ago.

A new edition of Nicolas Joly’s book, Wine from Sky to Earth, published by Acres, Austin, USA will be available mid-May 2005.

The South African wine industry had to bid an iconic figure in the industry, and one of the founding... END_OF_DOCUMENT_TOKEN_TO_BE_REPLACED

Over the past few years the Cape Blend wine category has become a sought-after and dynamic wine style. Winemakers... END_OF_DOCUMENT_TOKEN_TO_BE_REPLACED