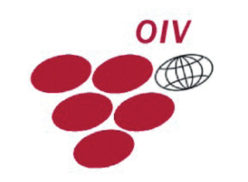 The 15th General Assembly of the International Organisation of Vine and Wine (OIV), which met on 2 June 2017 in Sofia (Bulgaria), adopted a total of 22 resolutions.

The following monographs were added to the International Oenological Codex, in particular:

During this same session, it was decided that new methods of analysis will be added to the OIV analytical corpus. These include, in particular:

With regard to spirituous beverages of vitivinicultural origin, three methods will be added to the OIV Compendium

Decisions on economy and law