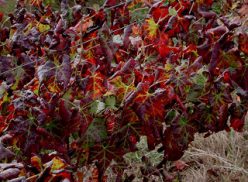 The South African wine industry has made huge strides to halt the spread of leafroll virus through focused research, trial sites and a formalised Leafroll Control Protocol.

The leafroll virus poses a major threat to wine grape producers as it can potentially shorten the lifespan of vineyards and result in a deterioration of grape and wine quality. VinPro, in collaboration with Vititec, Winetech and Creation Wines, recently hosted a tour of the Hemel-en-Aarde Valley to demonstrate the progress being made to combat the leafroll virus.

Vititec collaborates with several wine grape producers in various wine grape-producing regions with the aim to create leafroll virus-free vineyards. The situation in South Africa has improved vastly over the past 20 years, Vititec CEO Nico Spreeth says. “With all the processes we have in place, we’ve seen a drastic decline in contamination in vineyards – as low as 0.4%.”

Creation Wines meticulously considered soil, climate and aspect for its first plantings and, in consultation with Vititec, had the foresight to plant only virus-free clones. Creation Wines owner Jean-Claude (JC) Martin says there are no virus-infected plants on the farm. “Vititec inspects our vineyards two to three times a year. If there are any signs of infection, the leaves are sent for analysis. Up until now we’ve managed to keep our vineyards clean.”

Winetech has over the past 17 years granted about R20 million for research across multiple disciplines that generated a holistic leafroll protocol.

“This was made possible because we’re fortunate enough to have Professor Gerhard Pietersen on board,” Winetech manager Anel Andrag says. “He’s a plant virologist from the University of Pretoria and the Agricultural Research Council (ARC) and one of the leading researchers on leafroll control in South Africa.”

The South African Leafroll Control Protocol was developed by Professor Pietersen with the help of South African producers and researchers. Its effectiveness and practicality also caught the attention of international wine grape producers in countries such as New Zealand that now apply this protocol with great success.

“Efforts to refine the research are ongoing and the uptake of the research findings is a key strategy going forward,” Anel says.

During the visit to the Hemel-en-Aarde Valley industry experts said the implementation of the protocol would be advantageous for primary wine grape producers. They also highlighted the research from Michigan State University that quantifies the decline in yield of infected vines.

“Although the uptake of this protocol has been slow among South African producers, applying it will provide them with a competitive advantage and improve the sustainability of the entire value chain,” VinPro viticulturist Conrad Schutte says.