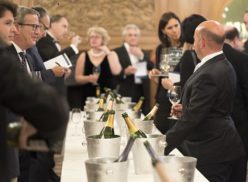 For the Champagne & Sparkling Wine World Championships (CSWWC), 2017 was a ground-breaking year, with entries from more countries than ever before. A total of 17 trophies were awarded from 82 Best in Class winners, including 10 National Champions and 4 World Champions by Style. The Klein Constantia 2013 Brut was named Best South African Sparkling Wine at Vintner’s Hall in London, in front of an audience of over 120 international winemakers, producers and journalists.

The South African winners at this competition were:

For full results, go to https://www.champagnesparklingwwc.co.uk/results/cswwc-2017-results/.