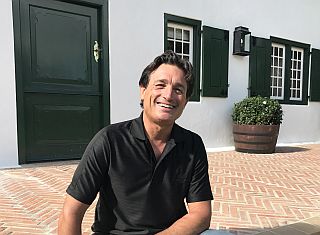 Schalk-Willem Joubert has resigned as CEO of Rupert & Rothschild Vignerons after a career of 20 years during which he played a major role in building the winery into a premier South African brand with a portfolio of quality wines recognised throughout the world. He will leave the service of Rupert & Rothschild Vignerons at the end of May to pursue new opportunities in the South African wine industry.

Johann Rupert, Chairman of the Board of Directors of Rupert & Rothschild Vignerons, says it has been an honour to have had Joubert at the winery for two decades. “He was with us from our first harvest in 1998 and grew with the brand through his skill as a winemaker and manager, sharing our vision of becoming a pre-eminent name in South African wine,” says Rupert. “Schalk-Willem helped us achieve this , and everyone in the industry recognises the contribution he made. I wish him well for the future and have known him long enough to know he will make a success of whatever he chooses to take on from here.”

According to Joubert, Rupert & Rothschild Vignerons offered him a unique opportunity when he started out as a winemaker, an opportunity he will always cherish. “For me, the personal reward of growing from winemaker to CEO is only eclipsed by seeing Rupert & Rothschild grow into an internationally recognised winery of premium wines,” he says. “It was an honour to be part of the team that made this happen and I know they will go onto even greater things as South Africa’s reputation as a world-player in wine continues to grow.”

Joubert’s successor is yet to be announced.