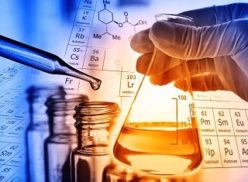 The use of high performance technologies and state-of-the-art equipment can help the wine producers and exporters to keep their products safe and monitor banned substances.

The costs of these analyses will grow as more compounds are added to the watch list, which will place a financial burden on the industry. It is important to act in a pro-active way to develop sensitive, efficient and, at the same time, cost-effective methods to deal with this problem. Generally, because the chemistry of different contaminants vary to a large extent, not all can be included in one single analysis, even when using state-of-the-art equipment. Furthermore, new methods should be developed already having in mind the inclusion of as many substances as possible.

Gas Chromatography-Mass Spectrometry (GC-MS) and Liquid Chromatography-Mass Spectrometry (LC-MS) can be used as screening tools for unknown foreign chemicals. GC-MS is the preferred technique for volatile compounds, e.g. if there is an off odour present in the wine, and LC-MS for non-volatile compounds, including detergents, colourants and preservatives. When these instruments are used in a screening mode (untargeted analysis), it is possible to detect a large group of compounds at relatively higher concentrations, from 10 µg per litre upwards.

Many of the regulations, though, require methods to be more sensitive and targeted methods had to be developed to analyse specifically certain compounds. We will discuss here three of these classes of compounds that we consider important to monitor for the future and for which we have already developed and validated methods at CAF for the use of the wine industry.

Benzalkonium chlorides (BAC) :12 and :14 are cationic surfactant agents (detergents) from the quaternary ammonium group. These compounds are used in disinfectants and cleaners to inhibit mould formation, as they also have a biocide (antiseptic) action additional to their foaming properties. The use of BACs is regulated under Biocidal Product Directive 98/8/EC. Their presence in wine can be usually attributed to unintentional contamination during the normal operation of a cellar. Even though at low levels they are non-toxic to humans (in pharmaceutical use, typical concentrations range from 0.004% to 0.01%), they are irritants and their presence in wine can give off-aromas. Benzalkonium chlorides :12 and :14 can be determined in wine in a single analysis in less than 12 minutes. Using LC-High Resolution (HR) MS, these compounds can be quantified in a range from 40 µg/ℓ to 40 mg/ℓ, with the possibility of lowering the limit of detection if necessary.

Biogenic amines are N-containing compounds that are naturally occurring in wines, since they can be present in grapes, produced during vinification (including during malolactic fermentation) and especially ageing. They are formed by the decarboxylation of naturally-occurring amino acids. Biogenic amines can be a product of the activity of certain bacteria, in particular the members of the lactic acid bacteria genera Lactobacillus, Pediococcus and Oenococcus. The term ‘biogenic’ refers to the ability of these compounds to produce physiological changes. Biogenic amines commonly found in wine include histamine, tyramine, putrescine, cadaverine, ornithine, agmatine, spermine and spermidine. These compounds have been linked to organoleptic defects, and, more seriously, to harmful effects in humans due to their toxicity. In recent research, biogenic amines, and particularly histamine and tyramine, have been indicated as the main culprits for the headaches associated with wine consumption. Histamine has a pro-inflammatory action in the manifestation of allergic reactions and tissue damage. Putrescine and cadaverine have extremely unpleasant smells and are potentially toxic. Currently there are no legal limits imposed in wine, but rather recommended values for one of the compounds, namely histamine (<10 mg/ℓ).

At the moment there is no standardised method for the analysis of biogenic amines. Nevertheless, Liquid-Chromatography Mass Spectrometry (LC-MS) is the technique of choice for the determinations of biogenic amines in wine. The advantage is the simple sample preparation, wide range of concentrations detected, and short analysis time. Setting up this particular application was more challenging, but the results were satisfactory. The limits of detection for the various compounds are much below the ranges reported in the literature, which means we can measure concentrations up to 50 times less than what was reported in the case of some of the biogenic amines.

Phthalates are a group of chemicals that are used as plasticisers (substances added to plastics to increase their flexibility, transparency, durability and longevity). Because phthalates are not chemically bound to the plastics they are added to, they are continuously released into the air or food or liquid. They are considered dangerous for health as they act as endocrine disruptors (meaning that they affect the normal behaviour of hormones) and are associated with an increased risk of certain cancers. Polyvinyl chloride (PVC) pipes are mostly associated with phthalate problems in the wine industry, although packaging and dust can also be sources of contamination. Phthalates leach out of these pipes due to heat and are transferred into wine when it is pumped through. Phthalates can also be extracted by solvents, like ethanol, into products like brandy. The lower molecular weight phthalates, like dibutyl phthalate (DBP), are entirely carried over into the distillate during distillation, while bis (2-ethylhexyl) phthalate (DEHP) is partially carried over. Larger molecules, like di-isononyl phthalate (DINP), accumulate in the stillage. Unfortunately it is the smaller molecules that are deemed the most dangerous which makes distillation not viable as a way of decontamination. The presence and levels of phthalates are regulated by EC Regulation number 10/2011. It should also be noted that the legislation includes a positive list, i.e. one of all authorised molecules in plastic materials that come into contact with foodstuffs. Those molecules that are not cited are prohibited, and thus are not allowed. Phthalate determination is done at CAF by Gas Chromatography-tandem Mass Spectrometry (GC-MS/MS). The compounds measured cover the entire list mentioned in the EC regulation and the limits of detection are better than the imposed legal limits.

The presence of any unwanted/illegal chemicals or contaminants can be a nightmare for anyone involved in the wine industry. The source of these compounds can be from natural sources, like biogenic amines, which are degradation products of amino acids, or ochratoxin A, which is a fungal toxin. Contaminants could have been added intentionally, like preservatives, or by unintentional contamination during transport or bottling. The use of high performance technologies and state-of-the-art equipment can help the wine producers and exporters to keep their products safe and monitor banned substances. Additional to the already existing methods, development and testing of new methods for high risk compounds that will most probably be included soon in the list of regulated substances, are also important. From a practical point of view, having already established robust and fast routine methods for high risk substances (biogenic amines, phthalates and detergents) will avoid in the future delays associated with the implementation in practice and save the producers the costs related to the disruption in exports.