A shift in the bulk trade

The stats tell the story of this years’ World Bulk Wine Exhibition, which was presented in Amsterdam.

Approximately 300 producing companies from all over the world presented their wines to more than 6 000 visitors, from 66 different nationalities. The exhibition and the trade it represents are booming, but many argue that South Africa is grossly overachieving in terms of volume and getting a hiding in terms of value. 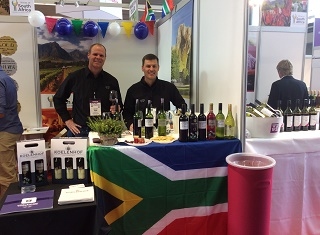 As a relatively small producer representing less than 4% of the global wine trade, South Africa’s cut of the bulk pie was a sturdy 7% in 2015 – more than that of the global giant, France.

There was most definitely a different approach at this point year’s show, compared to when I first attended four years ago. It was as if many producers were more adamant not to sell wine at low prices than to sell wine at all!

Talks in the isles comprised shortages in Argentina (and more specifically that South Africa should not supplement this without adequate compensation) and that the smaller 2016 harvest could be an opportunity to “correct bulk prices once and for all”.

The bulk trade is, however, getting more competitive every year – to the extent that it’s a lot more than merely a price point and volume game. Leeuwenkuil’s Pieter Carstens was at the exhibition and emphasised that (like for their bottled counterparts), reputation, quality and ethical and environmental certifications are of utmost importance, not to mention relationships with the international trade. 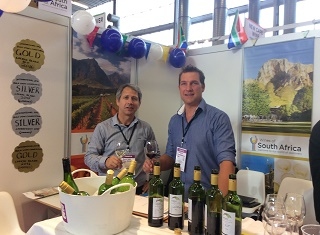 A decade ago, most production cellars sold to local industry giants, who held the key to international buyers. This is changing fast and the old co-ops are increasingly being exposed to both the turbulence and opportunities of the global wine trade.

I would like to think that this is a fundamental shift to the much discussed production-centric approach that the South African wine trade had and often still has. In many cases the discussions were not only about what is left in the tanks and how-low-can-you go negotiations, but rather the styles that should be pursued in 2017, with contracts being signed for that vintage.

Interestingly, there are wineries that admit that they attended the World Bulk Wine Exhibition a number of times without really reaping the rewards, while others build on existing relationships and sign new deals every year. Increasingly the difference seems to be in the marketing capabilities, brands and business savvy and not just the fate of the Argentina vintage and the fact that Spanish producers are subsidised.