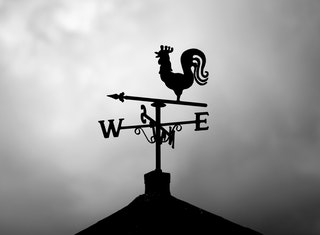 The International Organisation of Vine and Wine’s (OIV) October report on an estimated 8.2% decline in global wine inventories because of historic low production levels (the EU’s lowest in 45 years) has caused a few ripples, to put it mildly. Rabobank’s Wine Quarterly fourth quarter report for this year also paints a dismal picture of dwindling global production in the face of unflagging demand.

The immediate causes are by now common knowledge. Frost, heat, drought and hail have severely affected Italian and Spanish wine production, causing bulk prices to rise significantly. French producers expect their smallest harvest since 1945 with some regions estimated to yield as much as 50% less than last year. Italy, France and Spain together account for 50% of global wine grape production and this year harvests in all three countries are expected to be 10-20% smaller. In addition, California, the world’s fourth-largest wine-producing region, has seen wildfires cause significant damage to vineyards in Napa and Sonoma, which is likely to put supplies under pressure.

This leaves the rest of the world to pick up the slack to meet demand. But of the top-10 wine-producing countries in the world, only three have shown measurable increases in production in 2017: Australia (6%), Argentina (25%), and South Africa (2%), but the Western Cape drought means South Africa’s production tide is going out.

Although a “global shortage” does not go so far as to imply supermarket shelves and wine cellars are in imminent danger of running dry, a relative scarcity does mean consumers will have to get used to higher prices, especially at the lower end of the market.

Locally, supply and demand are reaching an equilibrium, but new markets for premium wines beckon that present excellent opportunities that have to prioritised in the short term.

South Africa’s Bureau for Food and Agricultural Policy (BFAP) 2017 baseline report states traditional wine markets are saturated and we shouldn’t expect much volume growth in that direction. Consequently the focus for exports is shifting towards the growing US and Chinese markets, which are expected to continue expanding in the next three years. These two strategic markets are already being specifically targeted by Wosa in accordance with the Wine Industry Strategic Exercise (Wise).

It’s crucial to get the pitch right. Four or five years ago, international demand lured the industry into pushing for greater volumes and pumping as much South African wine into the thirsty global market as it could manage. Before that, undisciplined planting with poor material left a sour aftertaste. Such strategies only spoil the world‘s appetite for South African wine. The current conditions should shield the industry from falling into a discount trap again. Now the stars have aligned to finally push the perception of South Africa as a high-volume, low-price workhorse overboard.

The drought has steered the wine industry into unchartered waters which, if navigated carefully, can deliver it fighting fit on the other side. As it happens, a lodestar is rising in the form of premiumisation.

While volumes may be down, quality is not. Just the world is being primed for fine wine, the Cape Winelands are being primed for value. This is corroborated by a general trend towards premiumisation, driven by more knowledgeable consumers with greater access to a wider selection of wines – literally at their fingertips thanks to the internet. The same trend has recently been noted at the Cape Winemakers Guild and Nederburg auctions, where lower volumes are increasingly being sold at higher price points.

The landscape is clearly shifting, and this puts an impending wine shortage in a different context. As the effects of the 2008 financial crash wear off, consumers are simultaneously being more selective with their income and becoming more aspirational. A growing middle class is emerging both locally and abroad who tend to live for the moment and seek interesting experiences to savour. This gives Brand SA powerful leverage to promote tourism and dip into consumer trends. VinPro has been laying the groundwork to keep producers up to speed with developing trends through initiatives like its local market workshops.

Spain is known as one of the top-three wine-producing countries in the world and is a favourite for US imports. It also happens to be the only country with lower export values (by trade volume weighted average) than South Africa and it has no intention to remain at the bottom.

The Spanish Wine Federation (FEV), a private organisation that represents 75% (about 800 wineries and cooperatives) of the country’s wine industry, plays an important role in positioning Spain on the international stage. At the 2017 Vinexpo in Bordeaux, FEV general director José Luis Benítez described plans to drive Spain towards value by consolidating local initiatives and educating consumers – strategies aimed at encouraging the consumption of premium products. This strategy includes a concerted effort to address climate change through for instance a certification scheme with sustainability targets, and encouraging sustained growth in the domestic market through promotional campaigns. Through increased cooperation and organisation among its members the FEV intends to ultimately strengthen the Spanish wine industry as a whole. 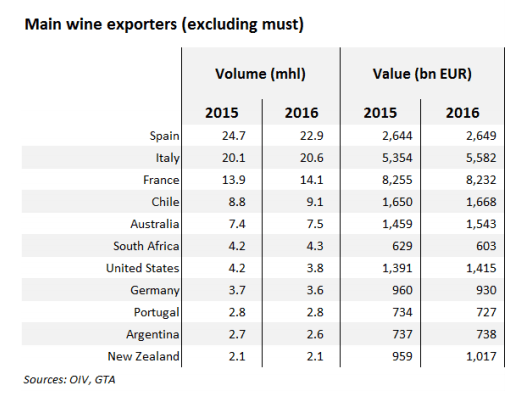 An impressive performance, with room for improvement.

South Africa also exports wine at lower-than-average global prices and although it’s ahead of the curve on many fronts, there’s clearly scope for similar coordinated efforts. A strengthened base with healthy segmentation can capture greater value and provide access to premium markets. Improving price-points will in turn boost the industry’s sustainability at a time when producers’ return on investment (ROI) is still hovering around 1%. The Wise goal is a ROI of CPI +5% by 2025, which will only become a reality if the industry gets on board with its proposed interventions and initiatives.

The current situation is clarion call to the South African wine industry to meet disruption with innovation. In order to scale the industry for value, new models have to be developed. Strategic partnerships and even mergers will be necessary. In other words, now is a time to combine forces with industry bodies like VinPro and Salba, which are well positioned and equipped to provide strategic support at the intersections of trade, tourism and local markets.

It is becoming increasingly clear that the wine industry will not reach its potential without a deliberate and conscious pursuit of profitability through quality and efficiency at every stage of the wine value chain. With all the resources at producers’ and consumers’ disposal, combined with typical South African resilience and resourcefulness, the value is already there. It only needs to be picked, processed and packaged for the world to enjoy.