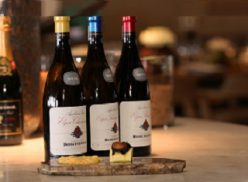 Boschendal winemaker and Chardonnay expert Lizelle Gerber says, “It’s a tremendous honour for our Chardonnay to be named the best white wine in South Africa this year. There are just so many fantastic Chardonnays now coming out of SA, particularly out of the 2015 vintage, and to be judged “the best” by this acclaimed international panel, is great praise indeed.”