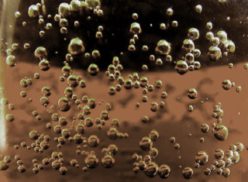 Organisers of the event announced the number of entries this year rose to 29 with all first time entries from the Czech Republic, Luxembourg and Romania winning silver medals. Overall 127 gold medals and 167 silver medals were awarded in 2017.

France gained the largest haul of gold medals with 51 golds and 40 silvers awarded. The judges were also particularly impressed by the quality of the Australian, Italian and the English entries, with 10, 37 and 14 gold medals awarded to these countries respectively. Argentina, New Zealand, South Africa, Spain and the USA all earned gold medals, and once again a gold medal was also awarded to China! As Tom Stevenson, Founder and Chairman of the Judges, explains, “With the spread of technology and expertise, world class sparkling can now be found in countries where the fizz was undrinkable or non-existent 10 years ago.”

All the gold & silver medal winners can be found at the links below: