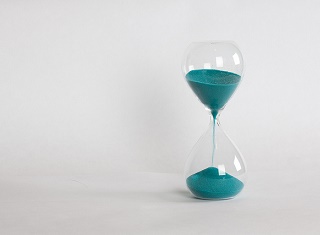 Two legal sand mining sites are currently operational in the Swartland region and two have recently been approved by the Swartland Municipality, but the decisions will be appealed against, while one more is being considered for approval. Prominent wine producers have expressed their discontent about the negative impact that mining development might have on the character and community of this region in the long term.

Advocate Martin Coetzee, who represents the Protect Paardeberg Coalition, said that sand mining developments in the Paardeberg are currently isolated and limited. However, if new mining permits are to be issued, it would create a precedent that might have a considerable effect on the sustainability of the wine and wine tourism industries going forward.

“The Swartland fraternity has worked hard over the past 10 years to establish itself both locally and internationally as top quality wine producers and is getting immense acclaim for their produce. Due consideration to the full extent of the damage to both the wine and tourism industries should be given before soils are lost and damage is done to the wine industry and the broader agriculture sector,” said Siobhan Thompson, CEO of Wines of South Africa.

Wine tourism and the expansion of South Africa’s quality packaged wine segment are both targets of the Wine Industry Strategic Exercise (Wise), an industry plan with a more profitable and sustainable wine industry as end goal. Some of the established wine grape producers are facing immense economic pressures due to increased costs and stagnant grape prices. This situation was compounded by two small vintages and severe drought. Some of the producers have opted for sand mining to stay afloat and these mines are said to even cross-subsidise vineyard expansion.

Managing director of VinPro, Rico Basson, emphasised that sustainable development is a crucial pillar of the South African wine industry. “Although we fully comprehend the need for diversification in the agriculture sector – particularly where producers are under immense economic pressures – developments that may damage the environment should be strongly opposed.” he said.

Comments on this issue to be directed to swartlandmun@swartland.gov.za.