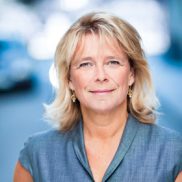 South Africa needs to work on its image to grow in the Swedish market. Ethical certification and going organic is only part of the answer.

It’s not every day the entire Systembolaget management team visits South Africa – or any country for that matter. In fact it was a world first for Sweden’s alcohol monopoly – one of the biggest wine buyers in the world.

The purpose of the trip in March was primarily to get a better understanding of vineyard workers’ employment and living conditions. The team also visited suppliers, NGOs and other stakeholders in the local wine industry.

The visit has raised a red flag for many in the industry, especially as South African wine exports to Sweden have decreased by more than 30% since 2011 and now represent less than 10% of total bottled exports. On the other hand, the time, money and effort the delegation invested in the trip is an indication Systemet, as it’s known in Sweden, is confirming its commitment to Sydafrika.

Systembolaget CEO Magdalena Gerger looks surprisingly fresh when we met for a glass of wine, considering she’s just come from a roundtable discussion with stakeholders that included all the acronyms in South African wine industry – from ARA to Wosa.

As a regular tourist to Cape Town, Gerger is no stranger to South Africa and immediately emphasised the country still holds the third position in terms of value and second in terms of volume – “a remarkable and fortunate feat”.

When asked about the purpose of the trip, she explains the Systembolaget board set specific goals three years ago, some of which had not been attained. The management delegation wanted to see how it could address this and connect with the various stakeholders.

ETHICAL CERTIFICATION A MUST

Systembolaget is one of the most influential global proponents of all things ethical, with organic wines and particularly ethical certification being at the top of its agenda. Unlike other big wine buyers, such as supermarkets, its key motive is not profit and its website states this unequivocally: “Systembolaget exists for one reason: To minimise alcoholrelated problems by selling alcohol in a responsible way, without profit motive.”

The goals Gerger referred to therefore entail much more than sales figures. She emphasised that Systembolaget wants to be the world leader when it comes to promoting responsible alcohol use – not only in terms of moderate consumption, but also by selling and supporting wine that is produced in an ethically sound and sustainable way.

This approach is reflected in Systembolaget’s 2016 formal launch plan – the system that guides the lion’s share of the Swedish monopoly’s wine buying – which includes numerous tenders for both organic and ethically certified wines. Sales figures support this drive, with the share of organic wines in the Swedish market doubling in one year. While organic production was often a requirement for wines from most major wine-producing countries, ethical certification was required for some tenders for both South Africa and Chile.

She says Systembolaget has for decades been an avid supporter of South Africa. Ethics – especially regarding farm and cellar workers’ employment and living conditions – are deemed a crucial consideration for the sustainability of South Africa’s success in Sweden. “We acknowledge significant work has been done in this regard and would like to support these initiatives throughout the value chain,” she says.

The ideal would be if 100% of South Africa’s wine is Wieta-certified, Gerger says, adding this would not only make a strong statement of unified commitment to social upliftment, but also means “the good work and commitment from certified producers are not undone by a rotten bunch that tarnishes the image of the industry at large”.

Gerger acknowledges producers are experiencing “certification fatigue” and says this is part of the reason why Systembolaget is in favour of the alignment of the various certifications. This should improve the image of South African wine. The improvement of worker conditions is part of this process and should lead to higher producer profitability.

THINKING OUT OF THE BOX

Swedish consumption is generally changing toward more premium products and South Africa should follow suit to benefit from this trend. “The drop in volume of South African imports can largely be ascribed to less entry-level box wine being sold – which is not necessarily a bad thing, because that’s not where South Africa would want to be positioned,” Gerger says.

The recurring topic of value versus volume is specifically relevant in Sweden, where South Africa has performed well in volume with entry-level wines, but now faces the threat of being associated only with cheap and cheerful and missing out on value opportunities.

While the tendering process of Systembolaget’s launch plan is a key means of gaining access to the market, there are other noteworthy options – especially in terms of premium wines. Gerger estimates that more than 60% of wine consumed in Sweden is sold through Systembolaget, with the on-trade accounting for 16% and the remainder being brought into the country from neighbouring European countries.

Systembolaget’s ordering assortment – a collection of almost 13 000 items available to order from any of their stores – played an important role in Italy’s rise in the market. The total assortment is constantly changing, with about 2 000 items being introduced to the market annually. Gerger says Swedes who visit South Africa can for instance order wines they tasted while on holiday through the ordering assortment, “and if it’s not available, it can be requested”.

She emphasises the on-trade is also of key importance for brand building and premiumising. Collaborative efforts from regions and cultivar groupings are encouraged to gain market share, instead of lone wineries trying to make inroads individually.

A recent survey indicates more than 70% of Swedes prefer the Systembolaget monopoly to a free-market system. The organisation has made significant progress in terms of its overall offering and customers trust its process and selection, Gerger says.

The Systembolaget management team returned to Sweden after their extraordinary trip to South Africa with insights from trade unions, stakeholders, producers and importantly, farm workers. The goals set by the board still need to be achieved and Gerger says they are committed to collaborating with the South African industry. Meanwhile, South Africans are hoping for an incrrease in higher value tenders.

The issues raised by Gerger are not only relevant to Sweden or Systembolaget and this visit should serve as an indication of what the industry red flags and the opportunities are in a broader sense.